A Republican Party source, speaking on condition of anonymity, acknowledged the ascent of Assemblyman Jack Ciattarelli (R-16), Hillsborough, up the GOP establishment flag pole right now for the Office of U.S. Senate.

Juggling Bridgegate and a muscled up incumbent in the person of U.S. Sen. Cory Booker (D-NJ), the GOP has sagged under the task of trying to dredge a challenger in difficult political weather.

The source said Ciattarelli is in discssions with key players and considering a run against Booker.

“He’s credible,” the source said amid a cascade of would-be candidates up against party chairmen mostly reluctant to take their phone calls.

In the Legislature since 2011, former Somerset County Freeholder Ciattarelli has a reputation for easy going charm in the county. A businessman, he is the CEO of Galen, a medical publishing company. 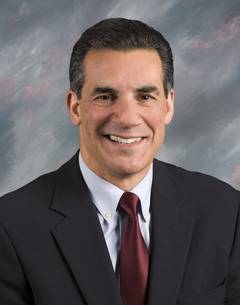