A move up by Greenstein would open her state senate seat, conceivably to a war between the 14th District’s top vote-getter Assemblyman Wayne DeAngelo (D-14) and Assemblyman Dan Benson (D-14).

Greenstein would be taking aim at the seat being vacated by U.S. Rep. Rush Holt (D-12), who earlier today announced his decision to not pursue re-election.

The veteran lawmaker would run in a district in 2014 most likely to produce the New Jersey delegation’s only woman representative. 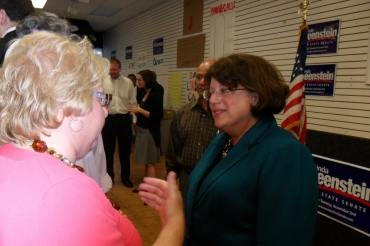