Two of Mayor Bill de Blasio’s closest allies today refused to criticize the mayor over the controversy surrounding his call to police following the arrest of an early campaign supporter–with one literally walking away from reporters at City Hall.

“I will defer to the mayor of the City of New York,” repeated Public Advocate Tish James, as she was trailed by reporters walking from City Hall to her office on Centre Street.

Ms. James had initially refused to answer questions about whether she thought the mayor’s call to police following the arrest of Bishop Orlando Findlayter was appropriate after she ducked out of a press conference on increasing the minimum wage on the steps of City Hall.

“We should re-evaluate the metrics and the standards for closing schools,” she began when asked about the call–repeating her response to an earlier question about the city’s decision not to declare a snow day yesterday.

“I don’t have a comment,” she said when pressed. “I’m focusing on erring on the standards and making sure that we air on the side of public safety and that we do not put teachers and administrators at risk … Have a good day.”

But reporters continued to pepper her with questions, following her out the gates of City Hall plaza and toward her office on Centre Street, where she eventually said she stood by the mayor.

“I will defer to the decision of the mayor of the City of New York, who yesterday indicated that he would evaluate the situation on a case-by-case basis, and I support him in that,” she said.

Asked if she had ever made similar calls on behalf of constituents, she said that, “In the past people have called me. As elected officials, we oftentimes engage on constituent affairs and assist individuals … I evaluate each case on a case-by-case basis.”

She also defended the NYPD’s practice of giving local commanders the authority to release individuals with outstanding warrants, like Mr. Findlayter–even though it is a violation of the current patrol guide, according to reports. “I will respect the decision of Commissioner [Bill] Bratton,” said Ms. James, who in the past has been a staunch critic of the city’s police department.

Both mayor and police have said the decision to release the bishop was made by a precinct commander before word of Mr. de Blasio’s call to inquire about his status had made its way to the precinct.

Council Speaker Melissa Mark-Viverito, another close de Blasio ally, meanwhile declined to weigh in on the controversy, repeatedly batting down questions about the call.

“Listen, I’m not going to speak specifically to this case and I think the mayor has spoken enough about it,” she told reporters. “I think it’s discussed enough. I think it’s time to move on.”

Pressed, she stuck to her talking points. “Again, this issue has been discussed,” she said. “I would rather just move on and talk about other issues.”

Mr. de Blasio yesterday defended his call, saying it was perfectly appropriate for him to inquire about the status of a prominent clergymember to police. 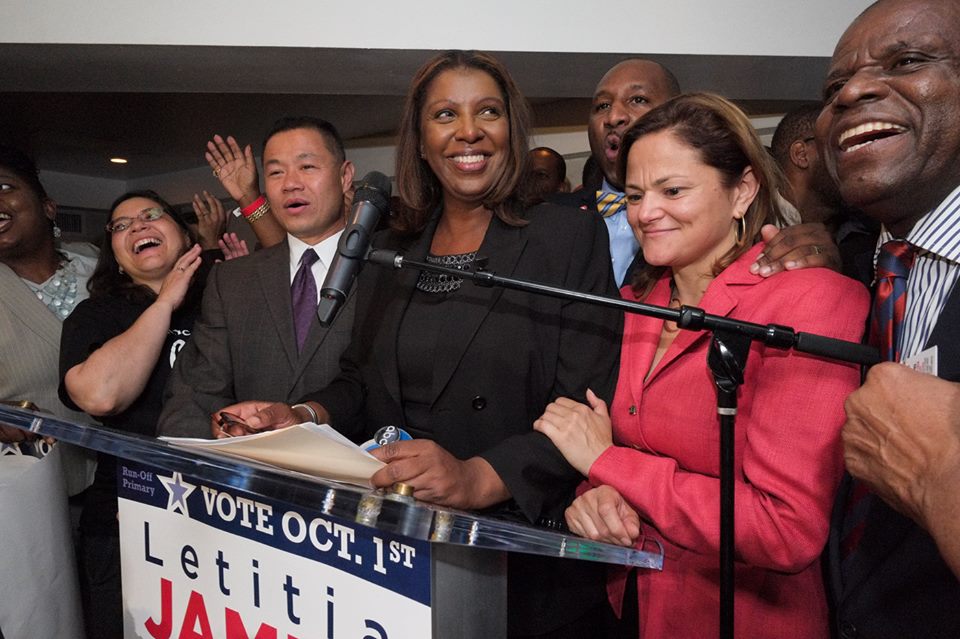