NEWARK- Newark mayoral candidate Ras Baraka offered his vision of how he hopes the state’s largest public school system will be run if he wins the May election.

“The ‘One Newark’ plan is more like the ‘One Person’ plan,” Baraka said before a crowd of more than 100 people at Rutgers-Newark on Monday. “I don’t have the right, and neither does Cami, to force what I believe on [ten of thousands] of parents in this city.”

The One Newark school reorganization plan, announced by Anderson in December, includes the expansion of charter schools, which already serve approximately 20 percent of the city’s students, as well as the closure or consolidation of more than a dozen public schools. The plan has recently been revised and is still under consideration.

Gov. Chris Christie appointed Anderson to run the Newark school system in 2011. The governor publicly stated in September 2013 that he plans to reappoint her, and that he did not care about community criticism.

But what could be considered Baraka’s most important education policy position regarding Newark’s schools centers on who ultimately runs them.

“We have to fight vociferously for local control,” Baraka said, referring to the fact that the Newark school system has been under state control since 1995. “We want [Gov. Chris Christie] to release the schools from his paws and give them to the people of this community once again. The state has failed us.” 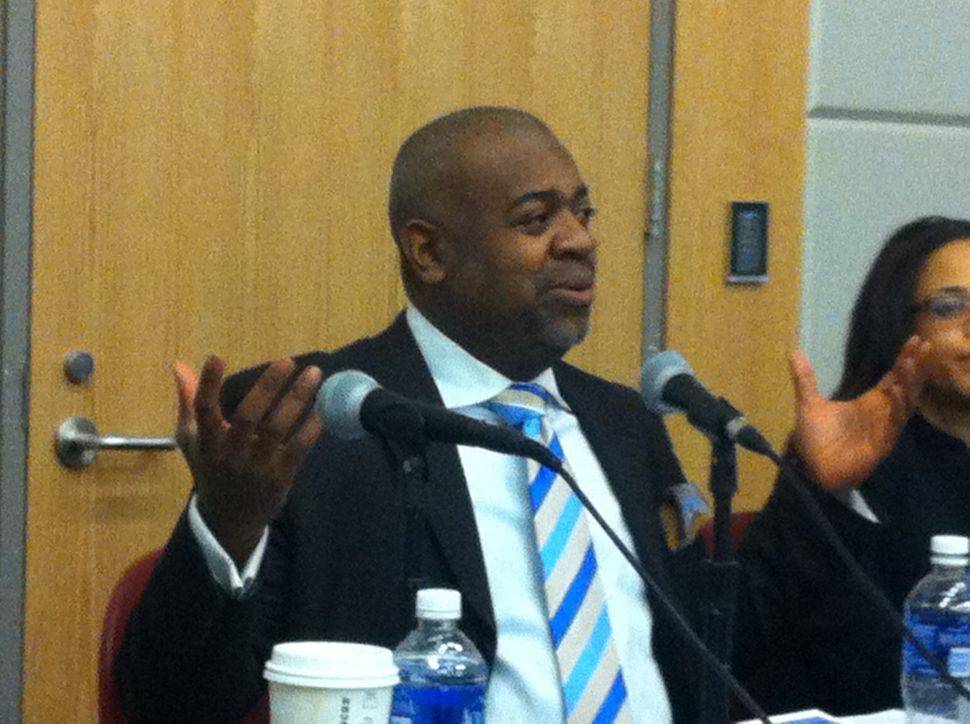