Steve Banks, the chief attorney at the Legal Aid Society, has been appointed to lead the city’s Human Resources Administration, and Nisha Agarwal will serve as commissioner of the Mayor’s Office of Immigrant Affairs, Mayor Bill de Blasio announced this afternoon.

“Congratulations to my friend Steve Banks on his appointment to lead HRA!!!,” Tweeted Bronx Councilwoman Annabel Palma this afternoon. “Struggling families in NY will be in good hands.”

Read the city’s press release below:

NEW YORK—Mayor Bill de Blasio today announced three appointments to his administration, building on his promise to create a diverse, progressive and effective government for all New Yorkers.

“These are three great New Yorkers. They are all deeply committed to public service and to lifting up people in need across the five boroughs,” said Mayor de Blasio. “And just as importantly, these are people who get things done. They are energetic, dynamic leaders who are going to move mountains to make life better for working New Yorkers and their families.”

A daughter of Indian immigrants, Nisha Agarwal has deep experience fighting for immigrant communities in New York City. From establishing a nonprofit to recruit legal representation to undocumented immigrants, to drafting the Language Access in Pharmacies Act, to mandating pharmacies to provide interpretation services for speakers of the seven most common languages in the city, Agarwal has innovated new ways to bring immigrant communities out of the shadows. She will be charged with seeing through the de Blasio administration’s immigration agenda, including establishing a municipal ID for undocumented immigrants, improving outreach to immigrant-owned businesses, and ensuring victims of crimes in immigrant communities are fully protected and respected.

“This work is part of who I am. It’s embedded in the values I was taught as a child. Those same values make New York City great. I am committed to Mayor de Blasio’s vision of making New York City the gateway to opportunity for all immigrants,” said incoming Commissioner of Immigrant Affairs Nisha Agarwal.

Lorraine Grillo brings an unmatched level of experience in building New York City schools, having served at the School Construction Authority since 1994, and serving as its president since 2010. She has overseen unprecedented school construction, while effectively responding to emergency situations like Super Storm Sandy. She is committed to planning and construction that reduces class sizes, and supports the expansion of pre-kindergarten to every child and community in New York City.

“It’s no secret: This is my dream job. I love this work because it lays the foundation for everything else we do in education,” said School Construction Authority President Lorraine Grillo. “As a public school parent, I know what this work means to families. Doing it right means smaller class sizes and more opportunity for children. We are committed to investing in new ways to support children in every single community.”

Steven Banks, currently Attorney-in-Chief of the Legal Aid Society, has devoted decades to serving low-income New Yorkers and is a proven change agent in overcoming obstacles that prevent vulnerable people from receiving the help they need. At HRA, Banks will reform the way the city administers its public assistance programs, replacing punitive policies with ones that protect working families and help struggling New Yorkers back up onto their feet.

“We have to make our government work for New Yorkers who need a helping hand – not against them. I am humbled by the opportunity to do so at an agency with a broad scope and impact like HRA, and I look forward to quickly putting Mayor de Blasio’s vision into practice. From making sure that our policies and procedures prevent homelessness rather than cause it, to making sure children and adults have access to food assistance and health care, we will work with the front-line staff to ensure that this agency helps lift up all New Yorkers, in every borough,” said incoming HRA Commissioner Steven Banks.

Nisha Agarwal is an accomplished public interest lawyer and a leading voice in immigration reform at the local and national level. She brings to the Mayor’s Office of Immigrant Affairs an entrepreneurial drive and a proven record of enacting pro-immigrant legislation in New York City and New York State.

Most recently, she worked with Judge Robert A. Katzmann, Chief Judge of the U.S. Court of Appeals for the Second Circuit, to establish the Immigrant Justice Corps, a new nonprofit that will recruit recent law school graduates and partner them with non-profit legal services providers to offer legal representation to undocumented immigrants. She was previously Deputy Director of the Center for Popular Democracy, the groundbreaking non-profit advocacy group dedicated to advancing pro-immigrant, pro-equality and pro-justice policies at the grassroots and national levels, which she co-founded in 2012. Prior to CPD, Agarwal served as Director of the Health Justice Program at New York Lawyers for the Public Interest.

Born and raised in Astoria, Queens, Lorraine Grillo has served New York City students at School Construction Authority for two decades. She began as a Community Affairs Specialist in Queens and worked her way up to serving as the President and CEO in 2010.

As SCA President, Grillo managed the agency’s response to Super Storm Sandy, helping to rapidly bring schools in storm-ravaged communities back online. She oversaw the creation of the latest Capital Plan, and has built a track record of on-budget, on-time school openings.

As a manager of one of the city’s largest contracting agencies, Grillo has spearheaded a major expansion of the agency’s outreach to minority and women-owned businesses, ensuring more opportunity for New Yorkers to participate in its projects.

Steven Banks has dedicated his entire career to improving the lives of low-income New Yorkers. One of New York City’s leading public interest lawyers, Banks is currently the Attorney-in-Chief of the Legal Aid Society, the country’s oldest and largest not-for-profit legal services organization.

At Legal Aid, Banks manages a staff of 1,900 and is responsible for all aspects of the legal practice and operations of the organization’s criminal, juvenile rights, and civil programs in New York City. He is credited with helping reach a landmark settlement with the city in 2008 over its treatment of the homeless, which resulted in the establishment of a permanent enforceable right to shelter for homeless families in New York City. Banks has an extensive track record of working productively with a unionized workforce and helping the city’s most vulnerable residents – including seniors, survivors of domestic violence, immigrants, and people living with HIV/AIDS – navigate HRA’s programs and services. 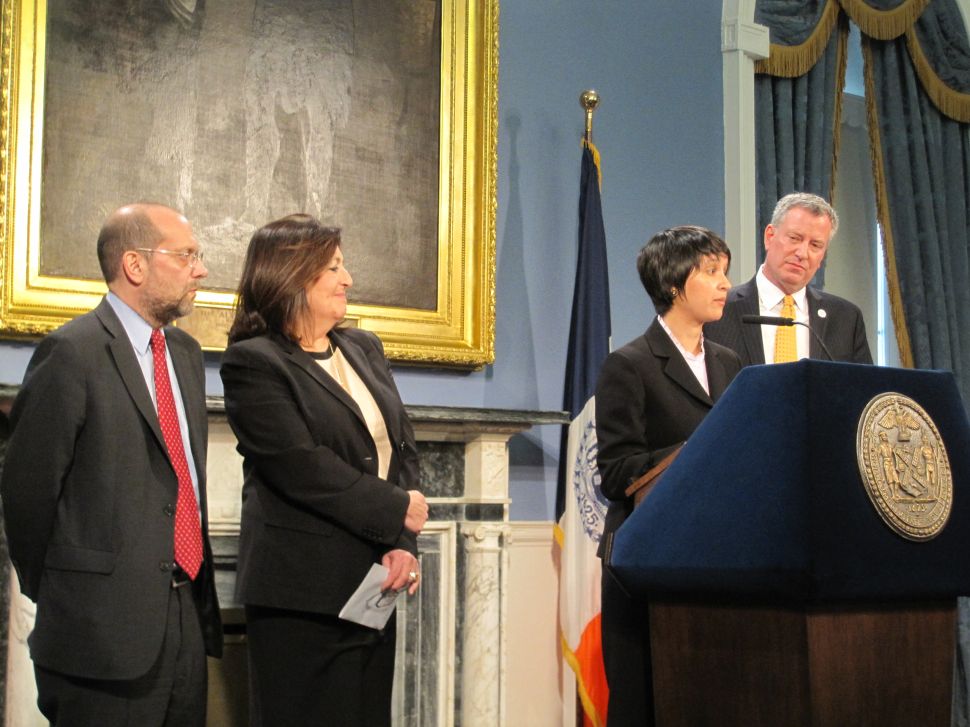