Last Saturday New York fashion’s resident Cool Guy, Alexander Wang, succeeded in dragging the overpriced-knit-hatted masses across the East River to Brooklyn. The consensus was that no one would have gone to the trouble for any designer but Mr. Wang. “Maybe Proenza,” a blonde fashionista allowed. “Where the heck did I put my MetroCard in this thing…” (Photo: Getty)

The credit goes mainly to Mr. Wang’s cool factor, but the designer’s one-night partnership with Uber sweetened the deal. The on-demand cab company is the favorite of anyone in the city with a high-status job. Think tech, finance and, duh, fashion.

Some worried about Uber’s surge-pricing policy in the lead-up to the show. When Uber has a lot of demand, the unrepentant capitalists often multiply their price threefold. This happens mainly on boozier holidays and during heavy precipitation. A few blogs speculated that it might be an issue, and an Uber spokesperson wouldn’t give us a straight answer on whether surge pricing was possible before the Wang show. Afterward, though, he confirmed that it didn’t go into effect.

Inside the show — an experience that would have been worth a schlep even to Staten Island — we spoke with fashionistas who came by varying modes of transportation. A typical cab ride ran $27. One trio of porcelain brunettes used the Uber discount code to get from Milk Studios to Duggal Greenhouse for $17. And the free taxi was a breeze, taking only about 10 minutes.

The Wang crew sent every attendee a detailed PDF with directions to Duggal Greenhouse, Building 268. Get to the show BY CAR, they suggested, with a plug for the Uber promo. Parking was not supposed to be available, but this reporter had no problem tucking her accomplice’s Nissan into a spot right by the entrance. Afterward cabs were a tough find, and nobody wanted to trek through the ice in their heels. Thus, people with cars proved quite popular. We picked up an über-chic hitchhiker in our sedan.

Ultimately, this partnership was a winner because Uber and Alexander Wang are a match made in urban-hip heaven. But the fear of surge pricing likely drove some fashionistas away from the promo. Thirty percent off isn’t such a sweet deal when the original price might be inflated threefold. 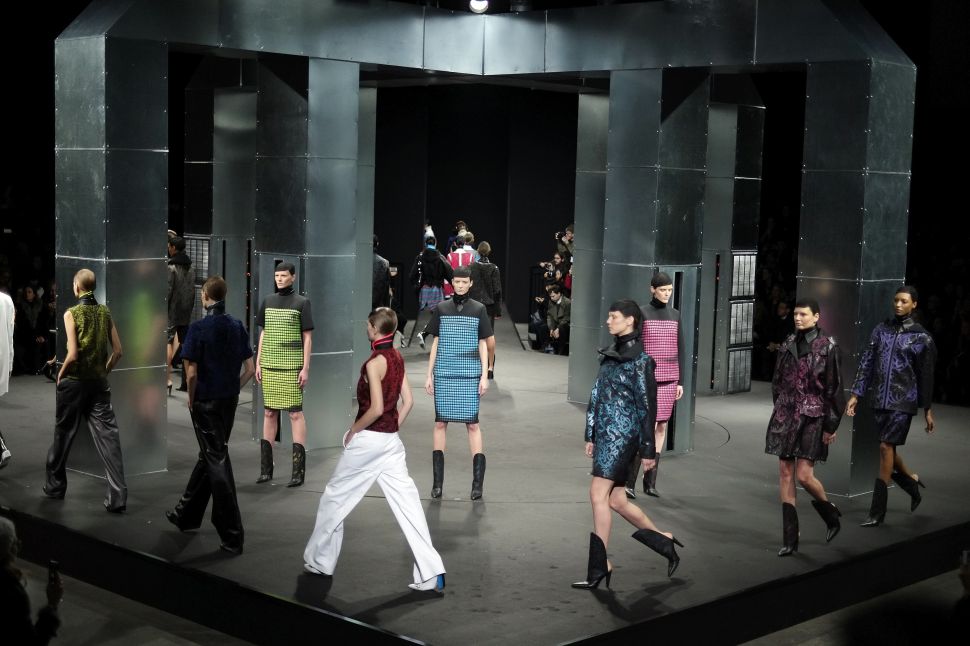