The top Senate lawmaker kicked off his Sandy Bill of Rights tour in North Jersey by suggesting Gov. Chris Christie is the person to blame for the lack of a speedy recovery from the storm that rocked the Garden State more than a year ago.

“You think that we would be on our way to recovery, but we haven’t been,” said Sweeney, who didn’t call out the administration by name but suggested the governor – not the federal government – is at the heart of the recovery’s failure.

“You can’t blame the federal government,” he said. “They delivered.”

Congressman Frank Pallone (D-6) stood by Sweeney’s side and didn’t hold back from mentioning New Jersey’s governor by name.

“The administration,” he said, adding, “And I’m going to name them, by governor Christie, has been a total disaster.”

The federal lawmaker told a room of more than 60 local residents and reporters that he was among a state delegation that worked hard to bring relief funds to New Jersey following the storm.

“It’s just not right,” he said. “I and the state delegation fought so hard.”

Also by Sweeney’s side was another Christie critic, Assemblyman John Wisniewski (D-19), who’s been leading a legislative investigation charge into the current administration.

“The sad truth is it’s been 18 months since Hurricane Sandy,” Wisniewski said.

Sweeney, thought to be mulling a gubernatorial run himself, will be in Toms River later this week promoting his Sandy Bill of Rights legislation. 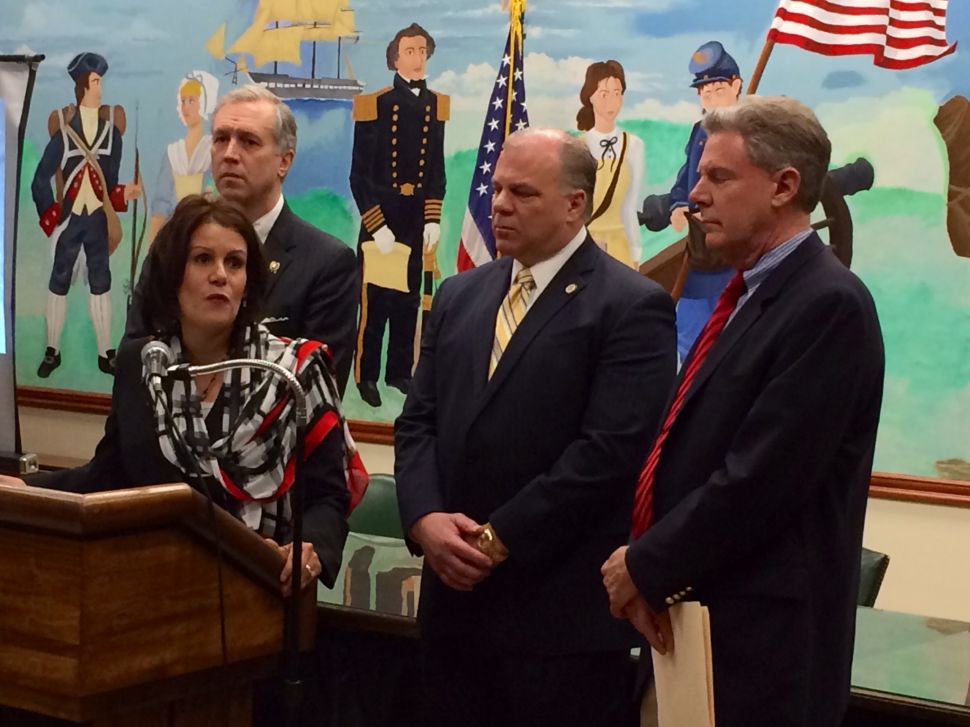