TRENTON – Senate Democrats are going on the offensive a day before Gov. Chris Christie gives his annual budget address and are warning the governor not to balk at making a full pension payment and “push it off” a year.

Senate President Steve Sweeney (D-3) drew a hard line Monday with the Senate’s budget chairman and both agreed making anything less than a full pension payment in FY 2015 is “not negotiable.”

“Listen, we’re going to have this pension payment funded or we’re not going to have a budget,” said Sweeney, suggesting he would welcome a government shutdown over failing to make a full payment.

The statements were in response to comments the governor made that Sweeney and Sarlo say amounted to a potential dispute about the $2.4 billion pension payment they argue the state should make in FY 2015.

“At this point, it’s not either or, this was a commitment that was made,” he said. “We made a promise and that’s a promise I can’t break.”

The governor’s office adamantly denied Christie suggested the state would make anything less than a full payment.

“He has not,” Christie spokesman Kevin Roberts said in an email Monday.

“That hasn’t stopped Sweeney from chasing some red herrings over the last month,” he said, adding the Senate president “mischaracterized” the governor’s statements on the pension payment.

However, Sweeney and Sarlo said they took issue with the governor’s on air declaration on Feb. 3 about making an “appropriate” pension payment in the coming fiscal year.

“You have talked about not making a full pension payment,” 101.5 FM’s Eric Scott said on the monthly radio call-in program Ask the Governor earlier this month.

But the Senate Democrats expressed their doubts ahead of the governor’s Tuesday budget address.

“We made a commitment and we made a promise, and that cannot be violated,” Sweeney said.

Sarlo told reporters the Legislature looks forward to working with the governor on the budget over the next five months, but suggested negotiations could become tense.

“I believe this could be the most difficult budget this administration has had to deal with,” he said. 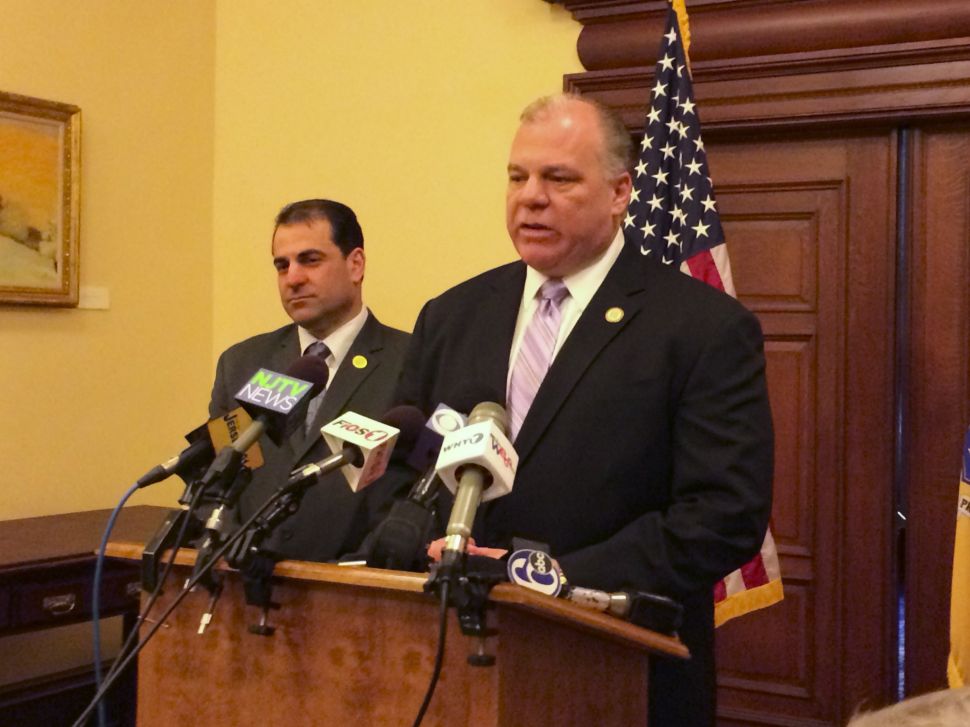