Where will Luis Quintana go?

Baraka forces have left open an at-large spot on their ticket for the acting mayor of Newark, a proven North Ward-based brand name who could play havoc on Anibal Ramos’ home turf. Indeed, Quintana already dealt a loss to Ramos on the day he technically became Newark’s first Latino mayor, depriving his North Ward rival of the motivation of history. Most observers see Quintana formally taking up occupancy with Quinatana (Baraka ally Pablo Fonseca is also a key Quintana backer), but the mayor is just independent and unpredictable enough to run for re-election on his own, without alinging himself with either ticket.

If South Ward Councilman Ras Baraka outmuscles the alliance of Shavar Jeffries and Ramos, he will want a new senator with his own imprimatur in the 29th District. That means state Sen. M. Teresa Ruiz (D-29), a star in the caucus with powerful allies, will have to fight for her political life in a power shifted city. The senator and her allies would rather avoid the intensity of that future battle by staving off Baraka and company now.

Will controversial Newark Schools Superintendent Cami Anderson inhibit Jeffries the same way Michelle Lee pole-axed the re-election chances of D.C. Mayor Adrian Fenty? That’s a question on the minds of Newarkers tonight, as Jeffries and Baraka prepare for their first debate and confront the issue of education. Expect education reform movement icon David Tepper and independent expenditures pushing charter schools to amp up their involvement on behalf of Jeffries. But if the former state assistant attorney general becomes the poster boy for giving up local control, Baraka, a public school principal, will take full advantage. How Jeffries makes the case for the improvement of public schools could determine the outcome of the race.

Essex County Executive Joe DiVincenzo did not endorse a candidate today, but Ramos’ declared support for Jeffries signals DiVincenzo’s similar shift from his North Ward charge to the South Ward African-American mayoral candidate. DiVincenzo has shorn up other towns in the county to consolidate power, but if he loses Newark, after having had a strong relationship with former Mayor Cory Booker for eight years, he will sustain a major political blow, and will lack the ability to radiate statewide power.

With DiVincenzo and his allies lined up behind Jeffries, will Jersey City Mayor Steve Fulop fall in line behind the establishment so as not to ruffle the powerful county executive, or will he back Baraka in a play for a grassroots alliance? How Fulop defines himself may create an opportunity for contrast with Senate President Steve Sweeney (D-3), a fellow future gubernatorial prospect and South Jersey ally of DiVincenzo’s.

In his announcement today, Ramos made a point of throwing an elbow at Baraka, arguing that City Hall doesn’t need a protester in-chief. Baraka stifled his critics’ attempts to portray him as the weather-beaten old radical incapable of sitting in the executive command chair by making sure he was the first candidate in the contest with an economic development plan, and by going out of his way to talk to the local business community. But in street polls the front-running mayoral hopeful still can’t get over 40%, in part, his critics argue, because he has defined himself throughout his career as a renegade.

Jeffries allies tonight are starting with the proposition that even a weakened North Ward Democratic Organization carries the North Ward for their preferred candidate. Throw in the loyal East Ward and they start with two locked up fifths of the city. Born and bred in the South Ward, Jeffries will be expected to go after that 25-30% of African American voters that to date Baraka has been unable to penetrate. If Baraka starts with a proven upperhand in the South and a big edge in the state-Sen. Ronald L. Rice (D-28) controlled West, the Central Ward will once again loom as a key battleground, where DiVincenzo’s allies have secured northern portions of the territory and hope to aggressively target Baraka ally and Central Ward Council candidate Gayle Cheneyfield-Jenkins, a former councilwoman during the Sharpe James years.

Counting on the County

Based on the county employment of many key establishment Democratic Party members in Newark (Andre Speight in the Central Ward, Lee Fisher in the South, Bill Payne, advisor to Jeffries – DiVincenzo deputy chief of staff) allied with the Jeffries-Ramos ticket, Baraka will have a prepared argument about the importance of local control and will attempt to gain traction with his supporters by vilifying DiVincenzo and the countywide power structure. The other question is whether DiVincenzo will be able to engage U.S. Rep. Donald Payne (D-10) – who he heled elect in a throny 2012 Democratic Primary – and U.S. Sen. Booker.

When Baraka ran for his South Ward seat in 2010 the opposition tried to weaken him by highlighting his six-digit employment as principal of Central Ward High School and the desired supplement of his salary as a councilman. Baraka trudged through those attacks on his way to victory, but Jeffries is expected to launch a much more aggressive – and ultimately better financed – assault on his rival’s dual public jobs status.

Newark observers of the race are already anticipating an overly aggressive outside-financed Cain versus Abel air war on Jeffries’ behalf against Baraka that, rather than short-circuiting Baraka -could produce the reverse effect of empowering the grassroots, local candidate and amplify his message of local control. 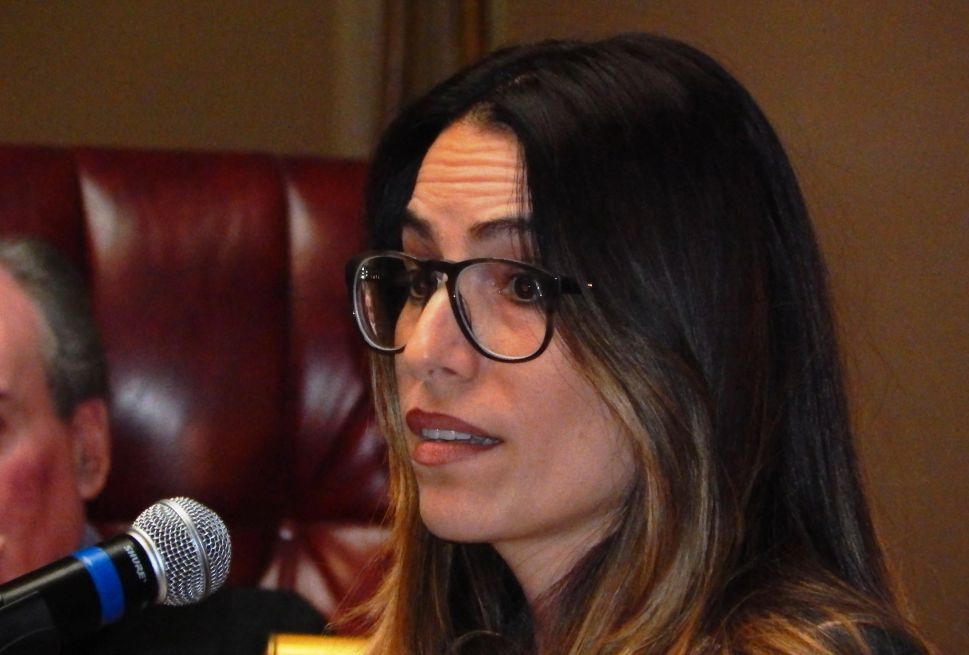