Earlier this week, PolitickerNJ took a look at the four Republican lawmakers tapped to serve on the Legislative Select Committee on Investigation.

Here’s a closer look at the eight Democrats tapped to serve on the joint investigatory committee:

It’s not a tough pick. In fact, Sen. Loretta Weinberg (D-37) was a driving force behind the joint legislative committee in the first place. The Bergen County lawmaker who represents the region that’s come under the microscope in recent weeks has been leading the charge in the state Senate to investigate the Port Authority of New York and New Jersey before there was a so-called Bridgegate scandal. Once the “time for some traffic problems in Fort Lee” bombshell hit, Weinberg and Senate leadership pressed the Assembly to join forces. When, initially, the Assembly declined, Weinberg was tapped to lead the Senate’s own investigatory committee until it came time for the joint committee to take shape.

But Weinberg is more than a Bergen-based fighter with a history of antagonizing Port Authority executives before it was popular. She was former Gov. Jon Corzine’s running mate who’s been blowing the whistle on Christie before he was first sworn in as governor. Despite taking a “let’s not rush to judgment approach” to the GWB investigation (Weinberg was one of the first Democratic lawmakers at the start of the controversy to say publically she didn’t believe Christie knew about the lane closures as they were happening), the Senate majority leader would likely have no qualms with telling voters once the dust settles, “I tried to warn you about Christie and his ticket.”

It was originally a tough sell to Assembly lawmakers (even Democrats) to give the lower chamber subpoena power over the Port Authority. At the time, the investigation surrounded toll hikes and Assembly Democrats ultimately agreed to proceed with a committee investigation. However, it wasn’t before long when the transportation committee hearings died down and the investigation lost a considerable amount of steam. By the time the recent statewide election rolled around, Middlesex County sources indicated they had to put up a fight just to keep Assemblyman John Wisniewski (D-19) at the helm of his Assembly Transportation and Independent Authorities Committee. But then the election passed and the GWB story quickly gained traction and Assembly lawmakers were left holding the golden ticket to the investigation – subpoena power.

The ability to compel Port Authority officials to handover documents directly led to the now infamous memo from Christie staffer Bridget Kelly and propelled Wisniewski into a network news and Sunday morning talk show staple who could possibly make a play for the next gubernatorial race.

As a municipal prosecutor in Bergen County, Assemblywoman Marlene Caride (D-36) not only brings another law degree to the investigatory committee, but home turf advantage. Excluding Wisniewski, Caride is the only holdover from the Assembly Transportation and Independent Authorities Committee tapped to serve on the joint committee.

Caride also has a strong connection with the Assembly’s newest top lawmaker, Speaker Vincent Prieto (D-32). Caride first nominated Prieto, who opted to keep native Hudson County lawmakers off of the committee and instead selected a handful of Bergen lawmakers, as speaker during the reorganization meeting.

Known for her ability to dig deep on topics with a fine-toothed comb, Sen. Nia Gill (D-34) was last seen really standing out on a committee when she dismantled one of Christie’s state supreme court nominees, Phil Kwon. The cross examine was labeled by a Senate Republican as a public “lynching’.”

Like Gill, Caride and Wisniewski, Sen. Linda Greenstein (D-14) brings a law degree to the joint committee. But that’s hardly the end. Greenstein, like Gill, also brings a sharp mind with a knack for digging deep on any particular issue. The veteran lawmaker knows a thing or two about tough battles (she’s won several hard-fought election victories in one of the state’s toughest legislative districts).

Greenstein may have never directly challenged Baroni for his state Senate seat, but she went toe-to-toe with him for an Assembly seat and shared a ticket with Democratic officials who did challenge his upper chamber position. And as was the case, she was a frequent target of Wally Edge (David Wildstein), who, to the degree that he boosted his good friend Bill Baroni, was not the biggest Greenstein supporter. One of the very few areas where people could identify a bias with Wally Edge was in the 14th, and Greenstein felt a sting from his friendship.

The ambitious South Jersey lawmaker is no stranger to taking leadership roles in the lower chamber. Assemblyman Louis Greenwald (D-6) is said to be looked at as the south’s choice for governor if Senate President Steve Sweeney stumbles. As is the case because of that, Greenwald is constantly on stage.

Unlike most of the Assembly lawmakers tapped to serve on the committee, Assemblywoman Valerie Huttle (D-37) lacks a law degree. However, like Weinberg, she has the home turf advantage. Huttle also supported the initial investigation into the Port Authority over the toll hikes.

However, Huttle wasn’t the only LD 37 Assembly member seeking a spot on the committee and her placement came amid minor turbulence and the support of Preito.

Like Wisniewski, Assemblywoman Bonnie Watson Coleman (D-15) is a former state party chairperson. Coleman is a loyal oppositionist to the administration who serves in other party leadership positions (she’s the Assembly’s majority conference leader and also served as the chairwoman of former Sen. Barbara Buono’s gubernatorial bid). 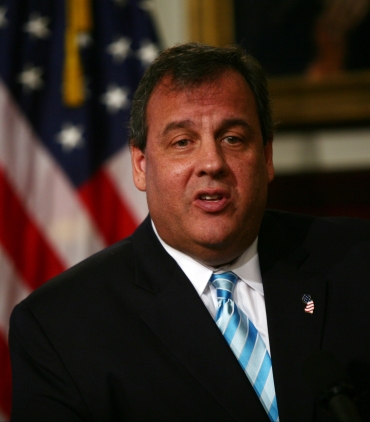