The Federal Bureau of Investigation is pointing fingers at those who point lasers at planes.

The FBI’s New York office was one of twelve offices to announce a $10,000 reward for information on hardened criminals possessing laser pointers.

Although this may seem like a petty crime, the shining of lasers at planes has become a grave concern as the red lights can temporarily blind pilots by merely hitting the glass of the cockpit.

According to the FBI, pilots flying into NYC are especially at risk.

Recently, a JetBlue pilot suffered blurry vision for a week after being temporarily blinded by a laser as he flew into JFK Airport on December 26.

Injuries associated with “laser strikes” have been increasing in frequency. The FBI began tracking such instances in 2005, a year which noted only 283.  In 2013, the bureau reported 3,960, or nearly eleven laser strikes per day.

Laser pointers have not caused any plane crashes to date, but pilots and the FBI agree it is only a matter of time.

“It is important that people understand that this is a criminal act with potentially deadly repercussions,’’ Ron Hosko, head of the FBI’s Criminal Investigative Division, told The Wall Street Journal.

A conviction for this criminal act is no joke. Deliberately pointing a laser at an airplane can land you in prison for up to five years with a $250,000 fine.

That’s five years of a pretty lame answer to “so, what are you in for?” 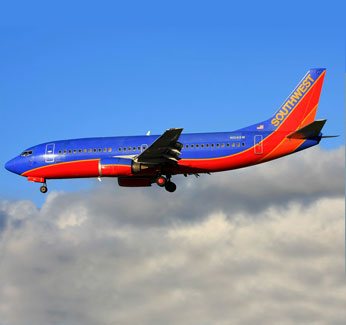