The news this evening out of Newark first reported by PolitickerNJ’s Mark Bonamo sent a shock wave through the ranks of political players in Essex County sizing up the new dimensions of a rivalry that starts with the mayor’s race but may boomerang on the county executive contest a month later.

How crazy will this get is a question on the minds of political insiders tonight.

Energized by Ramos and those establishment Democrats in Ramos’ corner, Jeffries hopes to then focus his attention on defeating South Ward Councilman Ras Baraka, the frontrunner in the mayor’s contest, according to street polls.

Speaking on condition of anonymity, North Ward sources Tuesday worried about the Ramos-Jeffries ticket making a martyr out of Baraka, the Central Ward High School principal on leave from his job who has gained traction with the most consistent criticisms of Schools Superintendent Cami Anderson and by positioning himself as the grassroots candidate least influenced by powerful forces outside the city.

A full-blown show of force by establishment players, including Ramos’ mentor, Essex County Executive Joe DiVincenzo, could bury Baraka if he is unable to project a message – or it could have the backfiring effect of bunkering the mayoral candidate with his Newark allies and turning him into the ultimate citywide revolutionary.

Ramos allies are chafing too under the humbling experience of having to stand down in favor of a perceived organizationally shaky ally. A final poll out of the Ramos camp showed the North Ward councilman trailing Baraka, but also leading Jeffries by double digits.

A source close to the negotiations between Ramos’ and Jeffries’ camps told PolitickerNJ that Ramos will get around that with the promise of a strong hand if he wins a council seat: the council presidency, for example, and a quasi dual mayoralty.

As sources close to the Jeffries alliance promised more heft in the way of establishment backers for the ticket and Ramos soldiers voiced concern about the impact, Baraka allies rejoiced in their increased ability to play the Zapata card in the name of old school organizing.

To the degree that Ramos’ countywide allies commit to Jeffries-Ramos, will Baraka attempt to put DiVincenzo on defense by getting behind an off-the-line candidate for county executive in the June Democratic Primary, scheduled a month after the May nonpartisan Newark election?

A source close to the candidate said he didn’t know, but didn’t deny the play as a possibility.

As news solidified of the departure from the contest of the lone Latino candidate for mayor, two other sources from Ramos world confessed to hating the development, yielding to what they said was the ugly reality of race dictating the terms and conditions of the contest, as Baraka and Jeffires, two African-American candidates – now have head-to-head range to determine who will lead what is still a majority African-American city. 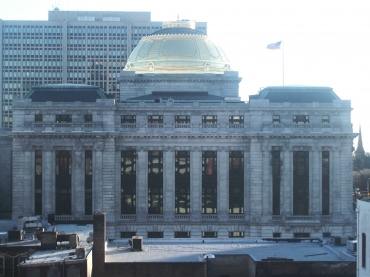