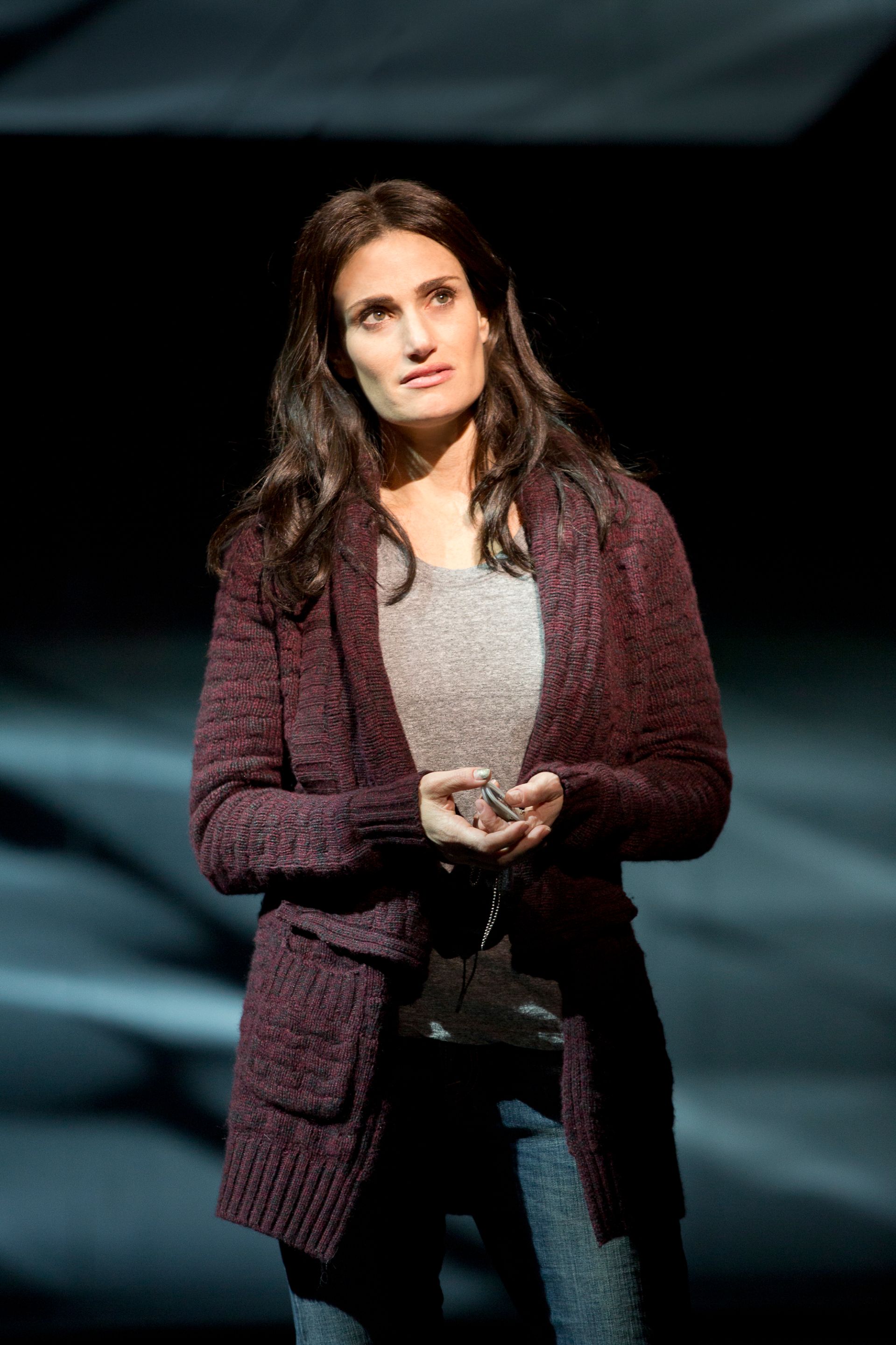 It’s a dwindling band, but there’s a handful of performers who are bona fide Broadway stars—theater people not famous for their movie work or their TV shows but big enough to draw audiences other than the obvious ones to a Broadway show. Nathan Lane is one of them; so is Patti LuPone. Then there are those whose great achievements are in theater but who’ve become part of the larger popular culture. That’s Idina Menzel. Wicked made her a star; a certain something else made her a celebrity. She’s returning to Broadway in March, starring in If/Then, the latest collaboration from the very talented folks behind Next to Normal.
Andrew Russeth 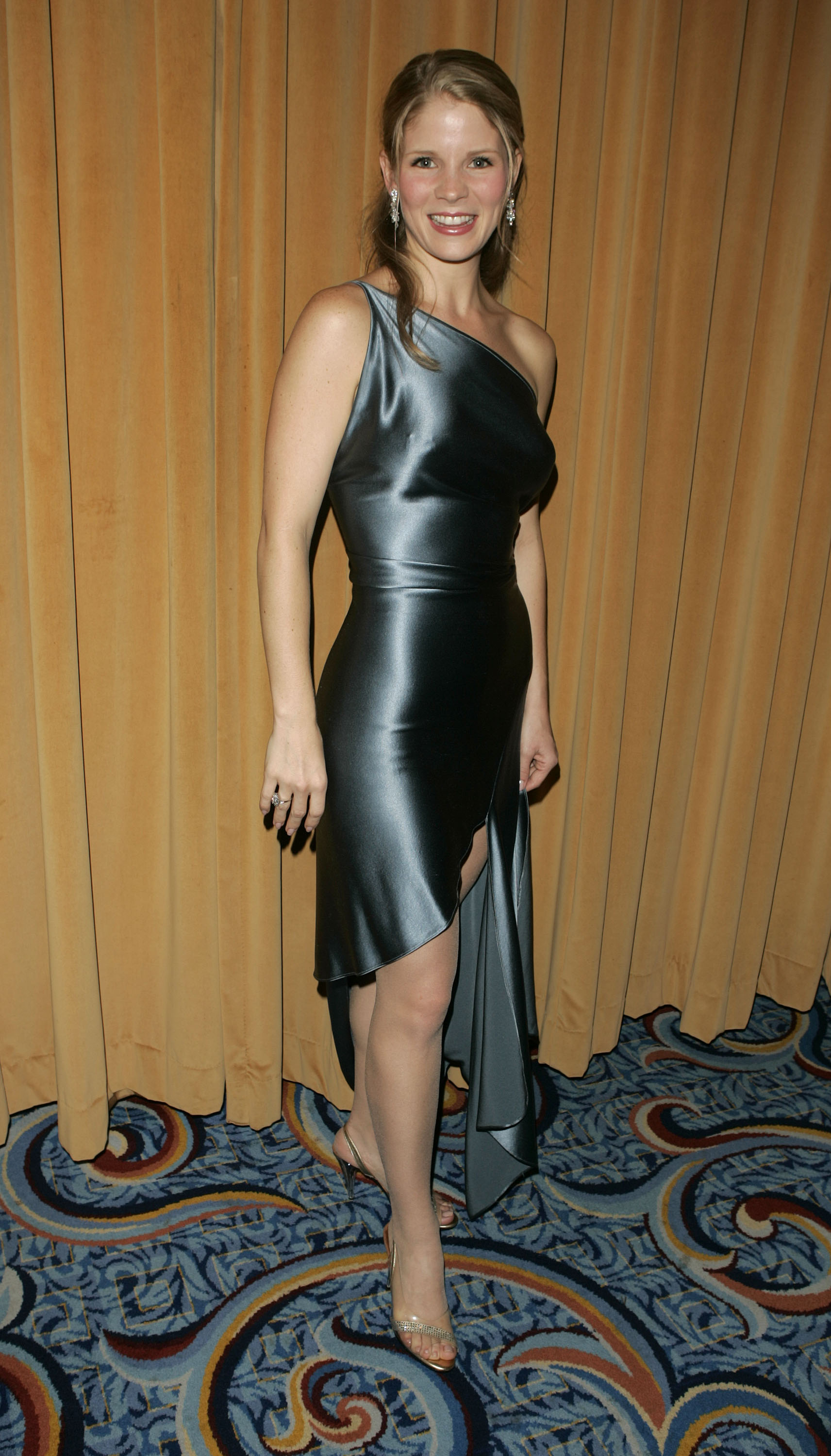 Kelli O’Hara isn’t the Us Weekly-worthy celeb that Ms. Menzel is, probably because she has never been involved with a project with the pop-culture staying power of Wicked. But she’s an even bigger, regularly working Broadway star, knocking socks off audiences in a string of crowd-pleasing musicals: The Pajama Game, South Pacific, Nice Work If You Can Get It. She’s back, opening later this month in the new musical adaptation of The Bridges of Madison County. The score is by Jason Robert Brown, and her costar is Steven Pasquale, who played in Neil LaBute’s Reasons to Be Pretty on Broadway and Denis Leary’s Rescue Me on FX.
Andrew Russeth 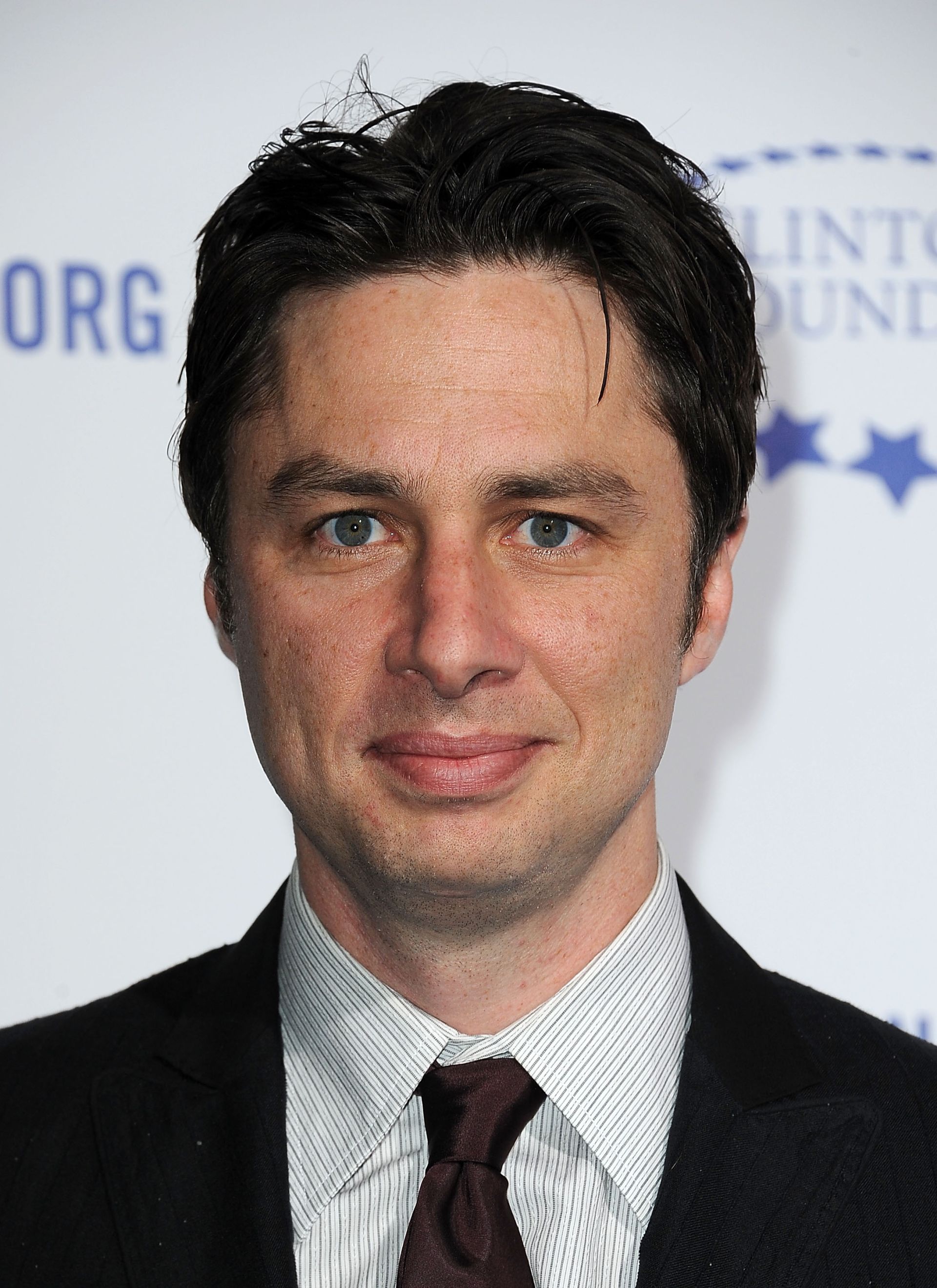 Zach Braff’s first movie role was a bit part in Manhattan Murder Mystery, playing Woody Allen and Diane Keaton’s home-from-college son. After that, he went on to Scrubs and Garden State and starlet-dating and several theatrical efforts at the Second Stage, both as an actor (in Trust, by Paul Weitz) and as a playwright (of All New People). His Broadway debut comes in April, when an adaptation of Mr. Allen’s Bullets Over Broadway opens at the St. James Theatre. Mr. Allen wrote the script, Susan Stroman is directing and choreographing, and the cast includes a host of respected theater people plus another TV star, The Sopranos’ Vincent “Big Pussy” Pastore.
Andrew Russeth 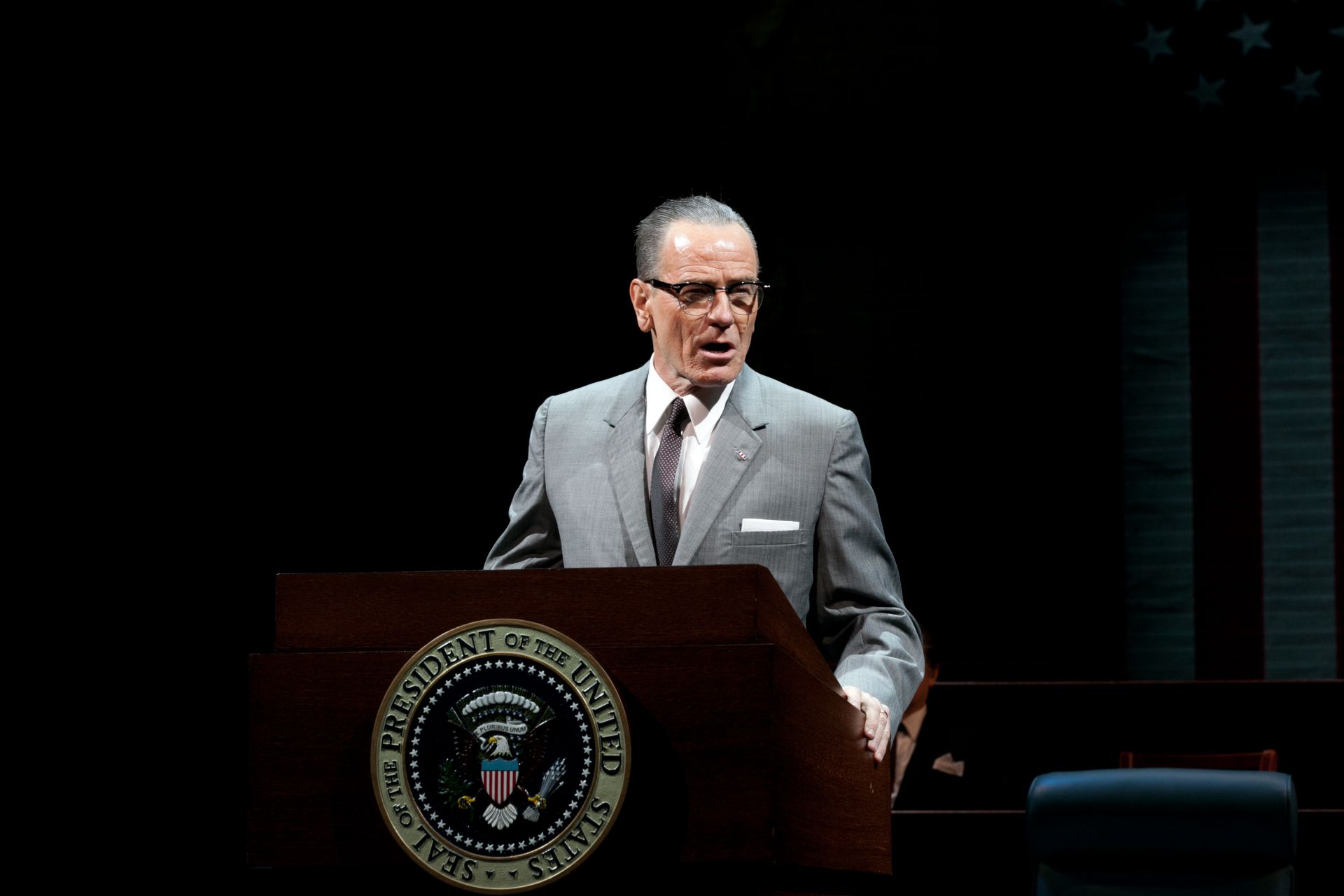 With three consecutive Emmy Awards for the leading role on what was hailed as one of the best television series ever, Breaking Bad star Bryan Cranston, who portrayed chemistry teacher-turned-meth dealer Walter White, needs no further accolades. So what’s he doing now that the series ended? Playing President Lyndon Johnson in All The Way, a three-plus-hour bioplay that earned rave reviews when it debuted at the American Repertory Theater in Cambridge, Mass., in the fall. It opens at the Neil Simon Theatre in March.
Andrew Russeth
Advertisement 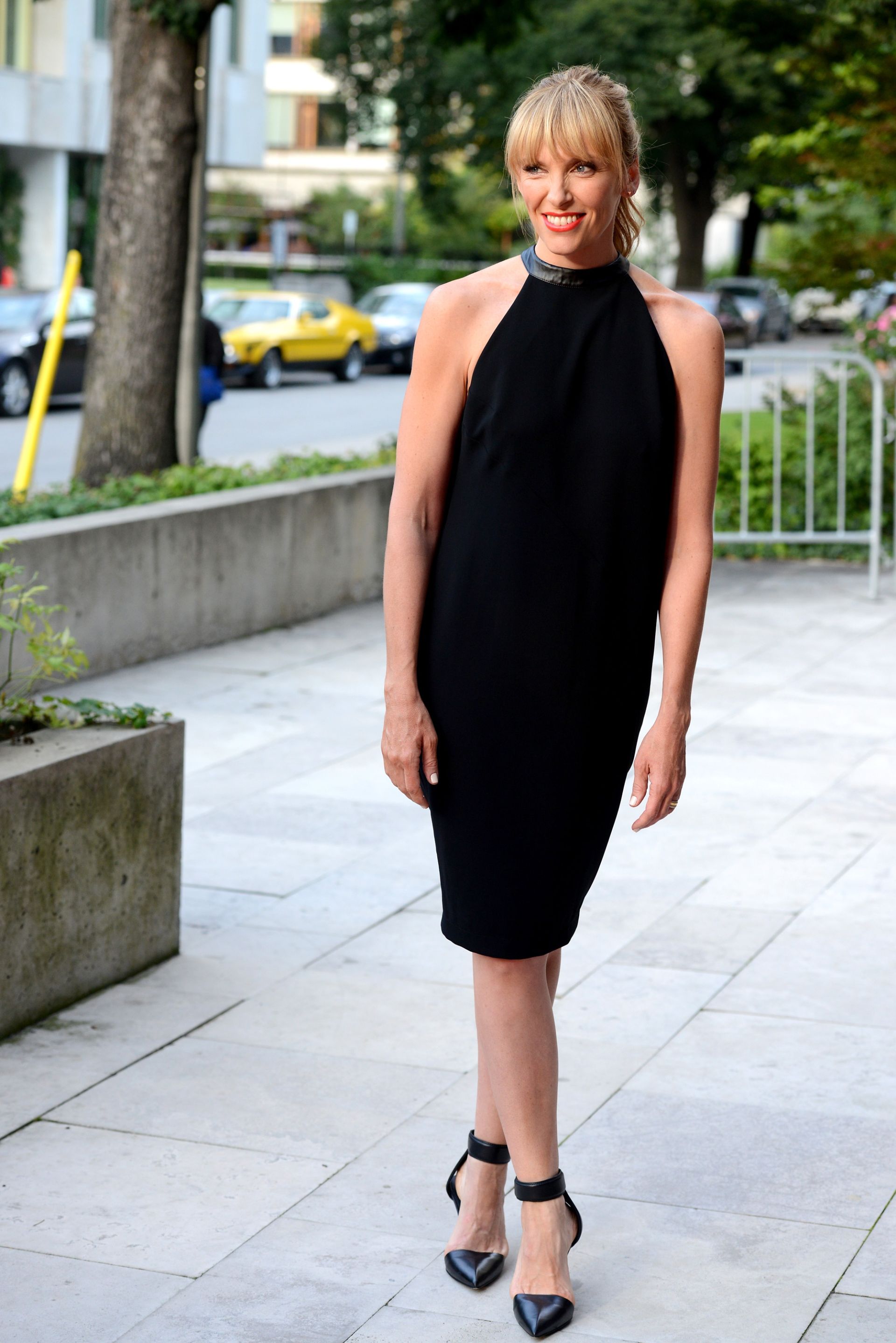 The playwright Will Eno, who writes compellingly weird domestic dramas, will make his Broadway debut in April. The Realistic Jones is an offbeat existential comedy about two suburban couples whose lives become intertwined; the Times’ Charles Isherwood loved it at the Yale Rep last spring, but it’s not the sort of thing that’s a surefire Broadway hit—until you consider its cast, which is Toni Collette (pictured), Tracy Letts, Marissa Tomei and Michael C. Hall. Mr. Letts, the smallest name in the bunch, is merely the guy who wrote August: Osage County and starred in last season’s remarkable take on Who’s Afraid of Virginia Woolf?
Andrew Russeth 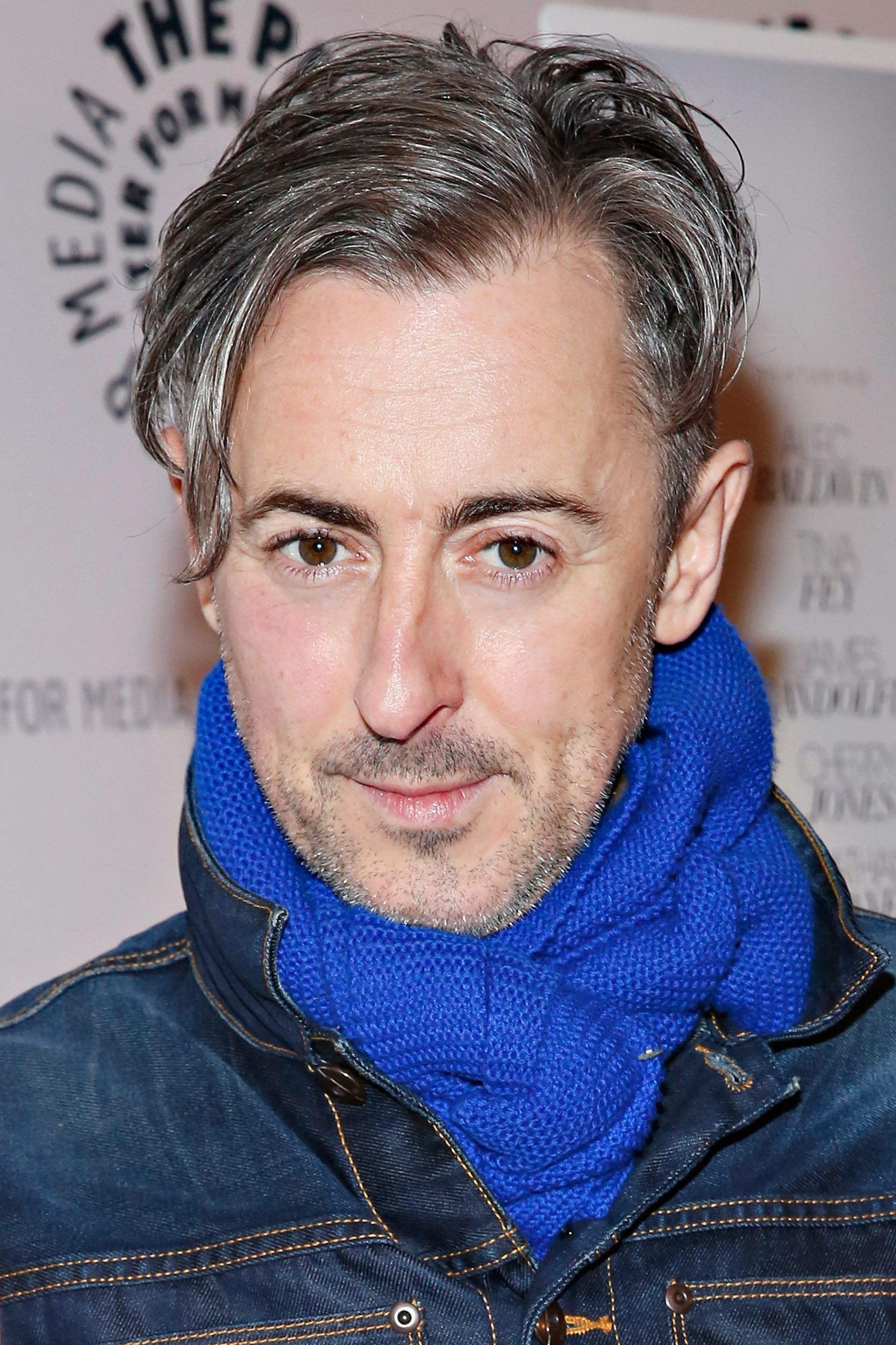 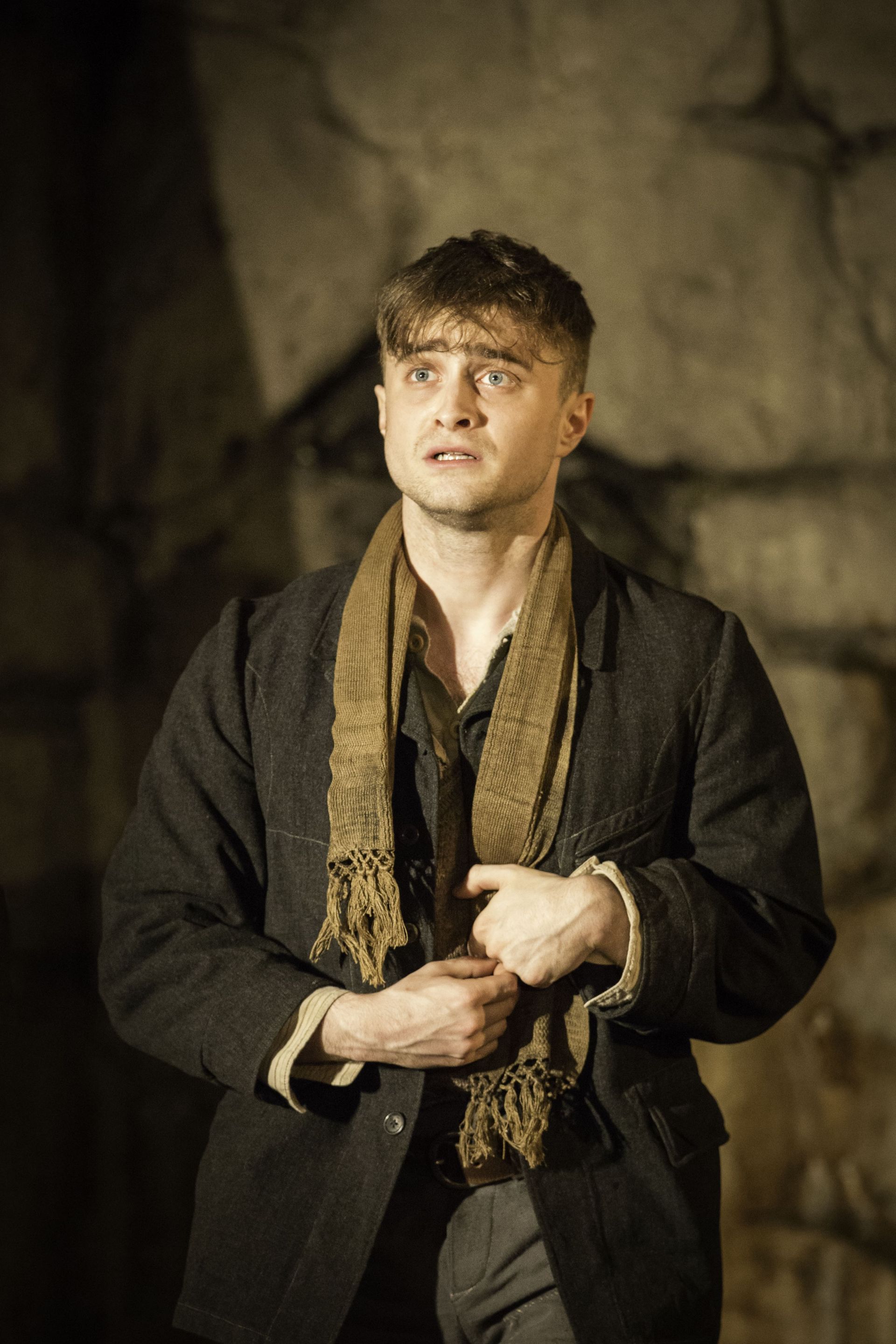 Daniel Radcliffe’s greatest bit of wizardry has been trying, valiantly, to get past being Harry Potter. In 2008, he turned in a very credible performance as the strange, deranged, repressed boy at the center of the psychological drama Equus. Two-and-a-half years later, he was even more impressive—if maybe not quite as good—as J. Pierrepont Finch in the Frank Loesser musical How to Succeed in Business Without Really Trying. (I didn’t think the production quite worked, but Mr. Radcliffe delivered a game, competent performance, singing ably and throwing himself into complicated Broadway choreography much more energetically than is typical from a nondancer.) Now he’s set to star in Martin McDonagh’s The Cripple of Inishmaan, as the play’s titular cripple, a physically and emotionally demanding role that I’m eager to see him dig into.
Andrew Russeth
Advertisement 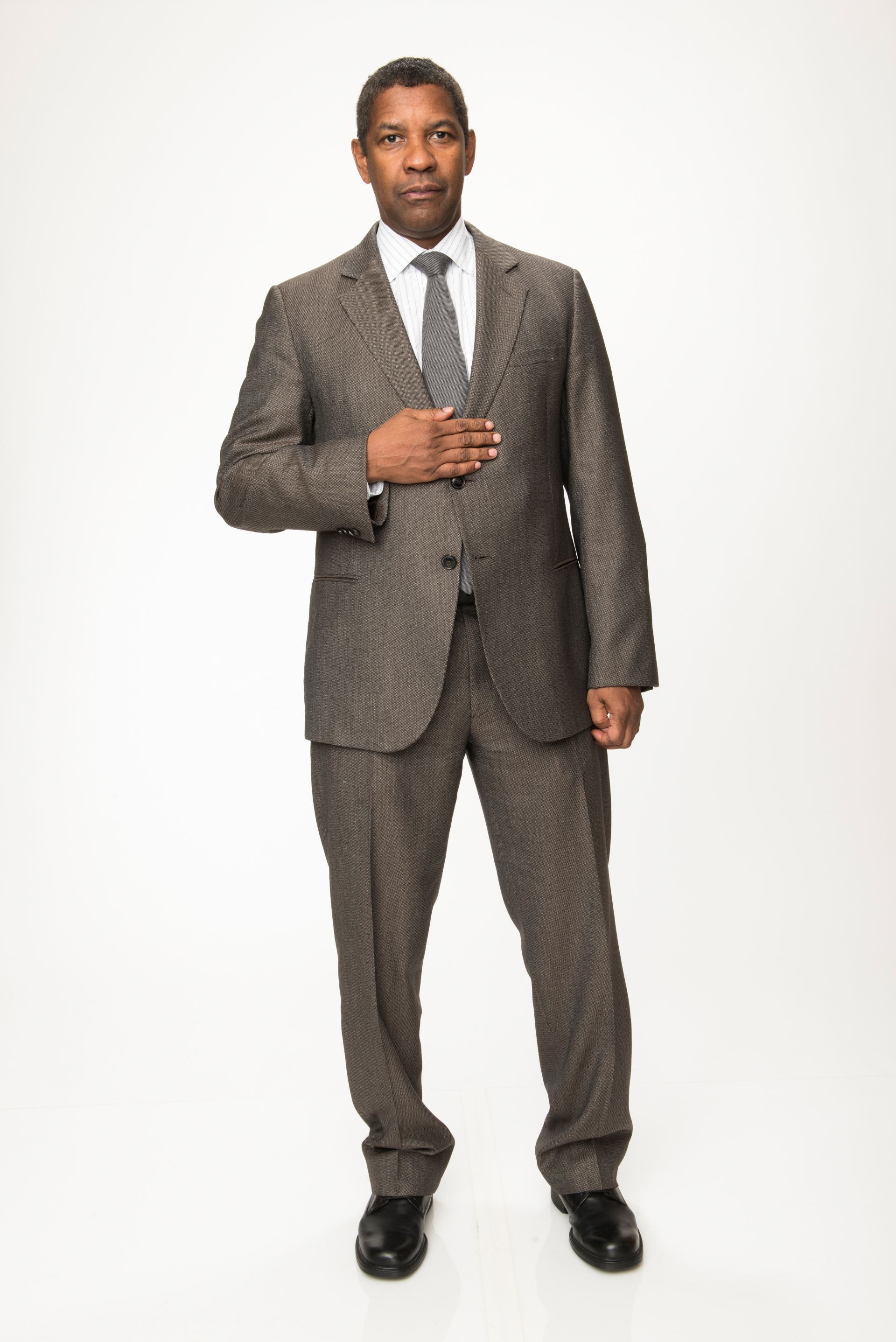 Denzel Washington has two Academy Awards and two Golden Globes. He has also worked onstage regularly if infrequently. In 1990, he was the hunchback king in a Shakespeare in the Park Richard III; 15 years later, he was Brutus in Julius Caesar on Broadway. More recently, in 2010, he starring opposite Viola Davis in August Wilson’s Fences, and at the beginning of April, he opens in Lorraine Hansberry’s classic A Raisin in the Sun. Diahann Carroll was set to play his mother, but she recently withdrew. It’s produced by Scott Rudin, who knows how to market a celebrity-stocked serious drama—he made Harold Pinter’s Betrayal, starring Daniel Craig and Rachel Weisz, into the must-have ticket of the fall—which means Mr. Washington’s Walter Lee Younger will be this spring’s performance to see. 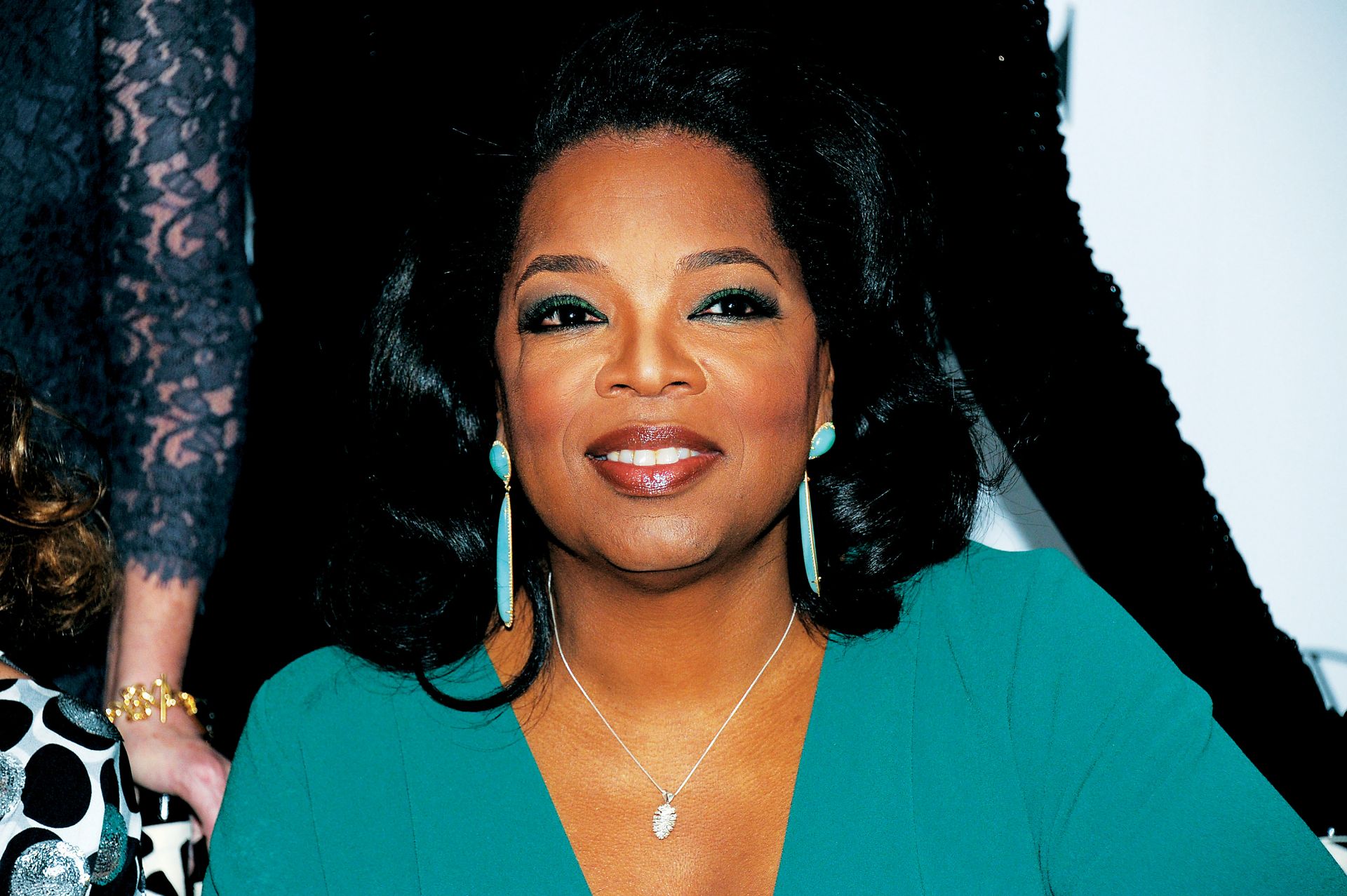 Need final proof that even the biggest stars crave the legitimacy they collect from turning in eight performances per week in front of a New York audience? One word: Oprah. It’s not official yet, but reports began circulating widely last week that Ms. Winfrey, an Oscar-nominated actress, is looking to make her Broadway debut during the 2015-16 season, starring opposite Audra McDonald in a revival of Marsha Norman’s Night, Mother. The best part? You get a Playbill! And you get a Playbill! And …
Andrew Russeth 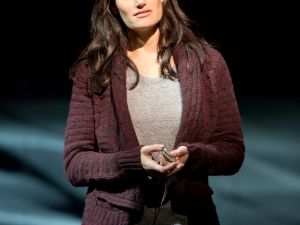 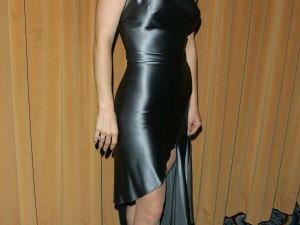 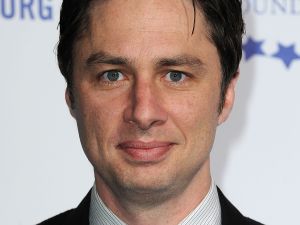 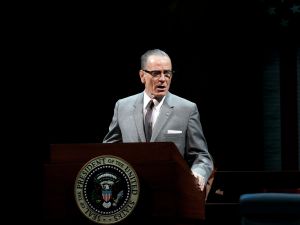 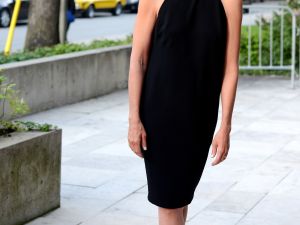 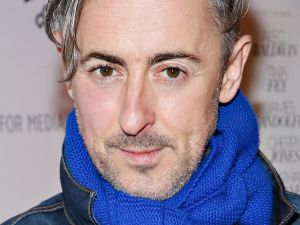 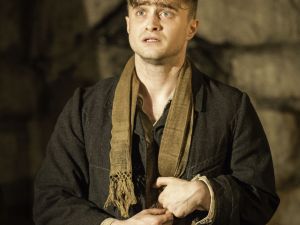 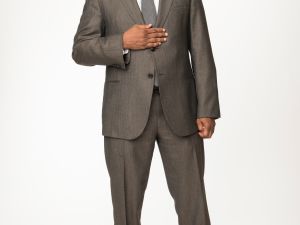 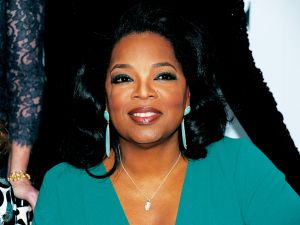 You gotta get a gimmick, a trio of wise women once advised. But to succeed on Broadway these days, what you really need is a star. Mounting a Broadway show has become so expensive, and the business so oriented to out-of-town visitors, that the only way to ensure a successful run is by providing a brand name. (When The Elephant Man next hits Broadway, the lead role will be played by none other than Bradley Cooper, according to The New York Times. The last time, it was Billy Crudup.) And so a steady stream of private jets bring Hollywood names east, lending their fame to a producer’s marketing plan and, in return, getting a chance to prove to the world, or at least to celebrity profilers, or maybe just to themselves, that they’re not merely movie stars—they’re actors. Because, really, isn’t it all about the craft?

Here’s a countdown of the 10 biggest celebrity performers coming to Broadway this spring.