As if the game didn’t suck enough.

The winter storm that has descended on New York and New Jersey has caused Newark Liberty Airport to cancel almost one-fourth of its flights, according to flight tracking website FlightAware, leaving thousands of Super Bowl attendees stranded.

“We were just happy to leave and then the flight got canceled, so now we don’t have any idea how we’re going to get home tonight,” a Broncos fan told CBS, a day after watching their team get trounced 43-8.

All this comes just a few short hours after thousands of unhappy travelers were dying to get in to the state.

Immediately following the big game, an announcement was made over the MetLife loudspeakers advising attendees to stay in the stadium due to the rail-road congestion. And by congestion, we mean the outside of MetLife looked like this.

Before the game, NJ transit experienced a record number of rail riders into the area – more than 28,000 people bought tickets to the Meadowlands. But as people were packed in to the cars, conditions were described as “worse than a sauna.”

First we fail to entertain, and then we won’t let our guests leave. New York is looking like the worst party host of all time. 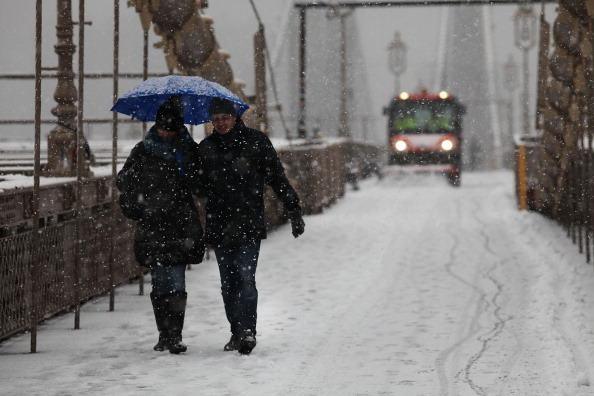