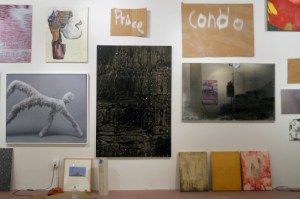 The Brucennial, a biennial organized in the West Village by artist collective The Bruce High Quality Foundation, will be holding its last ever edition March 7 through April 4. According to a call for submissions sent out by the group on February 7,  the show will feature only women.

“We’ve grown this show big enough to command an audience of thousands and thousands of visitors, not to mention media attention,” BHQF wrote in the email blast, which was forwarded to us by a recipient. “So for The Last Brucennial, we will spotlight all women artists. We see The Last Brucennial as a chance to focus on this crucial energy within the wider community. We won’t focus on this aspect of the exhibition in advertising the show as we think it will speak for itself. But if you have recommendations for other women artists to include, definitely send them our way!”

(By comparison, women make up less than a third of the participants at this year’s Whitney Biennial, which also opens March 7.)

Asked for comment, the group said in an e-mail to The Observer, “We’re not going to discuss the gender or sex of the artists involved in The Brucennial. As in previous years the show will consist of a variety of artists exhibiting work across all mediums, its not a curated group show it’s not an anointment ceremony into the art market or a codification of style. The Brucennial is a massive celebration of artists – knowns, unknowns, and known unknowns, the work they make, and the communities they build with each other.”

With 2014 marking the final iteration of the Brucennial, which began in 2008, the collective said it will focus its attentions on the free university founded by the group in 2009. The school currently operates out of a space in the East Village. They said in their e-mail that the so-called Bruce High Quality Foundation University “has grown into a truly remarkable experiment in artistic community with over 700 enrolled students, a summer residency program, and even a forthcoming production of the musical, West Side Story.”

The last Brucennial will be held in a roughly 10,000 square-foot space at 837 Washington Street. The group referred to it as “the Grand Finale.”