Every New Yorker knows the best entrance to catch the car that drops them off at the right staircase. These secrets of the subway have long belonged to the few true New Yorkers — but the Efficient Passenger Project is sharing them with the world.

The group is posting signs along the L to help commuters transfer more efficiently, copying MTA poster style to clue everyone in.

“The idea started after we recognized that a common tactic among street-smart New Yorkers is to try and board the train in the best location to transfer or exit,” a spokesperson from the EPP told The Observer.

“We saw that most MTA stations that involve connections are a labyrinth of stairways, tunnels, and drawn out platforms that aren’t in any way intuitive. They’re confusing to visitors and commuters alike. We use the subway everyday and thought it’d be helpful to ALL passengers to at least have this kind of information accessible on the platforms,” they said.

Although the source would not comment on the size of the EPP’s “army,” they did mention future expansion of the project throughout the subway lines. “The signs were just the start! There are many other facets of commuting with the NYC subway system we’d like to improve upon,” the source said. Because EPP is faced with reality (overtaking the entire MTA system is no easy task), they plan on focusing “on stations and lines where we can have the most impact for the daily rider.”

But how much of a risk are the members at EPP taking against the Almighty MTA?  A disclaimer is featured on the bottom of the EPP’s MTA-mock up website, explaining: This project is not in any way approved by the Metropolitan Transportation Authority. Any likeness to MTA licenses is purely coincidental. This is an independent project aimed at facilitating a faster, more enjoyable commute. Please ride responsibly.

Kevin Ortiz, an MTA spokesman, told WNYC that the transit agency plans to remove the signs. “These signs have the potential to cause crowding conditions in certain platform areas and will create uneven loading in that some train cars will be overcrowded while others will be under-utilized. Regular customers already know which car they want to get into.”

“We knew the MTA might respond this way so we took steps beforehand and made sure we have enough coverage to last us a long time going forward,” the source said. “Ultimately we’d like the MTA to see the merit in our experiment and find a way to keep them as a permanent installation. Information is power!”

As warm and fuzzy as this sounds, it took us years to master the E to 6 train transfer (aka the personification of the bottom pits of Hell) and we are not excited about sharing. Bah humbug. 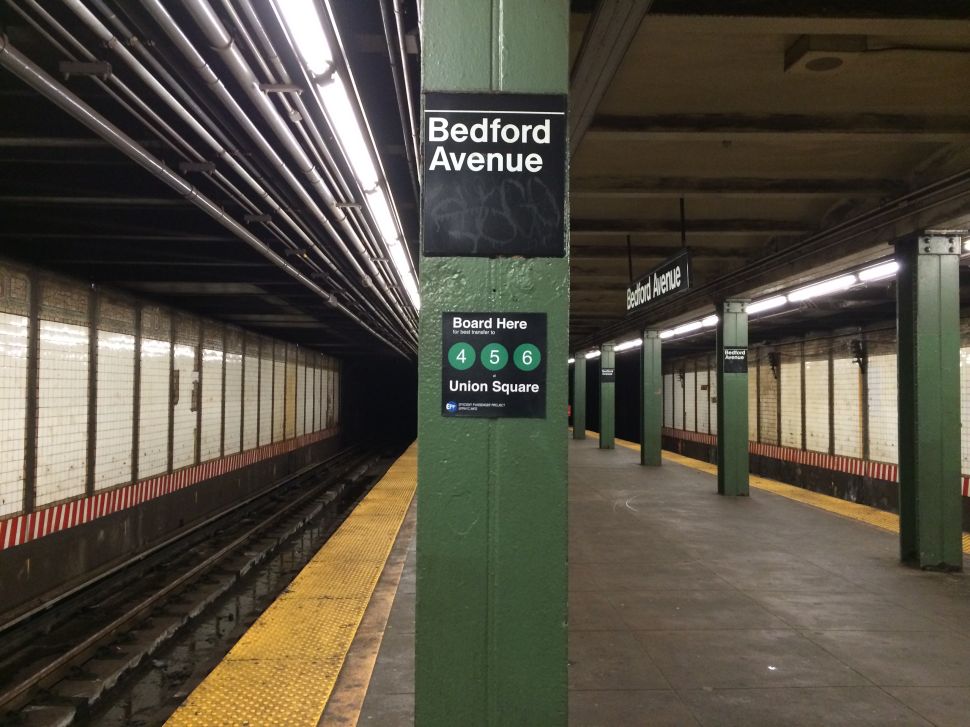