Being a fashionable man is about more than just wearing a great tie—or a timepiece. It’s about living life in a way other men want to emulate. These three heroes are the men that we most want to be. And if we can’t be them, at least we can wear the watches that they do.

The pilot who landed U.S. Airways flight 1549 in the Hudson River in January 2009 doesn’t really see himself as a hero. To him, he was just doing his job.
But then, he may be the only person who doesn’t see his actions as wildly heroic. JeanRichard certainly does, so much so that they’ve developed a new watch—the 208 Seconds Aeroscope limited edition—to honor his achievements.

“Over time, with growing appreciation, I know how much went right,” Mr. Sullenberger says. “I had to synthesize a lifetime of experience in 208 seconds. That was the hard part, and having the professional discipline to focus on the solution, after 30 years of routine flying, this was a sudden shock that we dealt with incredibly well.”
Not many of us will be in a situation where we have to react quite so quickly, but everyone has experienced moments where success or failure requires quick and competent decisions. Those seconds in all of our lives are honored in the new JeanRichard 208 Seconds Aeroscope limited-edition timepiece in support of the Red Cross and the Rory Stouton Foundation. Retail price: $5,400.
jeanrichard.com

LeBron James
LeBron James’ competitors on the court will have something shiny to look at when he’s dunking hoops. Today’s finest basketball player (and perhaps the best of all time—the debate continues) developed his own limited-edition Audemars Piguet Royal Oak Offshore as his personal timepiece.
A 18k pink-gold watch with a titanium bezel, the limited-edition (600 pieces) is a mixture of sophistication and boldness. The dial is gray with a méga tapisserie texture, with pink-gold applied numerals and pink-gold hands. The sapphire crystal exhibition back is engraved with the legend “Royal Oak Offshore Limited Edition Lebron James” and also features No. 6’s signature printed in blue.

Not everyone might see the connection between basketball and watchmaking, but not everyone is LeBron James. “When Audemars Piguet makes a watch, they want it to be something people love, just as when I play the game of basketball, I want someone watching to love how I play the game,” Mr. James notes. “I’m very pleased how my vision and that of Audemars Piguet came together in this watch.” Retail price: $51,900.
audemarspiguet.com

Just because someone isn’t real doesn’t mean he’s not heroic—or that he doesn’t have a great watch. The literary and film world’s most famous spy, 007, chooses the Omega Seamaster Planet Ocean 600M Co-Axial.

A sophisticated timpiece, the Planet Ocean is rugged enough to take everything that Bond can dish out. resistant to 600 meters, this watch uses the famous Co-Axial movement and Omega’s unique “liquid metal” on the unidirectional-turning bezel. It’s at home in the as on 007’s wrist. Retail price: $6,200.
omegawatches.com 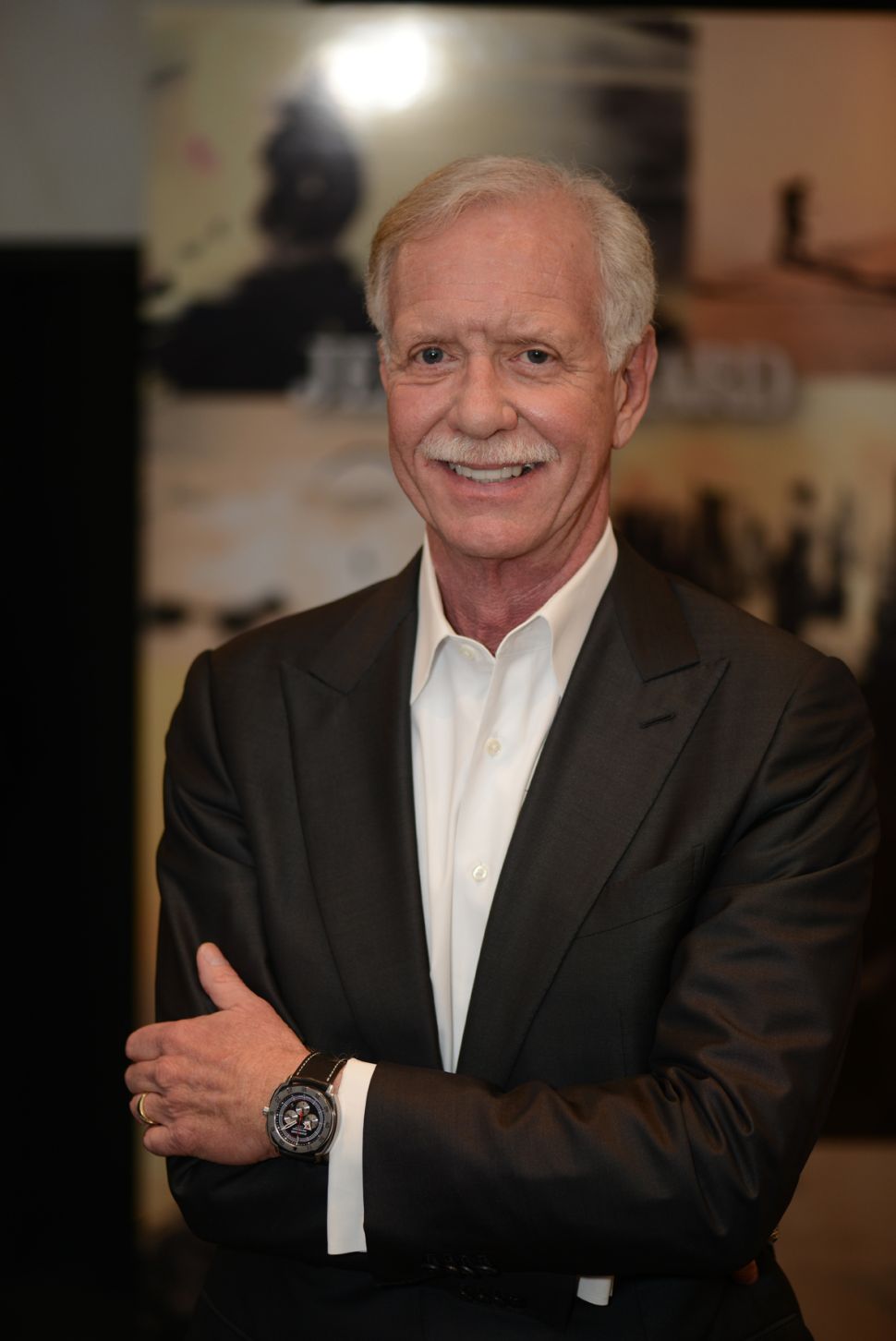