TRENTON – Running for Congress in the 12th District, Assemblywoman Bonnie Watson Coleman (D-15) gave every indication that her Democratic Primary with state Sen. Linda Greenstein (D-12) will not be a duel of political wall flowers.

PolitickerNJ asked Watson Coleman to note the difference between herself and her Middlesex County opponent, who has a reputation as a fierce campaigner.

“One is a leader and one is a follower,” said Watson Coleman, who said she took the front line last year in standing beside gubernatorial candidate Barbara Buono.

“A person from Middlesex,” the veteran Mercer County Democratic Party brand name noted, when asked about PolitickerNJ how she intends to burnish support in the Middlesex portion of the district.

“They can try to create the impression that I don’t have support in Middlesex but I have friends in Middlesex County,” said Watson Coleman as finished her work this morning on the Assembly Education Committee.

A former party chair, the assemblywoman also said she expects to collect the support of Assemblyman Jerry Green (D-22), chair of the Union County Democratic Committee.

“When this party needed a leader I built it and I grew it,” Watson Coleman said. “I stood up against the regressive ideals of this Republican governor.”

She took another shot at Greenstein.

“I haven’t waited to see which way the wind is blowing,” she said, urging PolitickerNJ to look at key contentious legislation to see when Watson Coleman backed progressive measures compared to Greenstein.

“Look at the voting record,” she said.

PolitickerNJ pointed out that Greenstein occupies a bellwether district, where the meatier campaigns occur in the general election season.

“She’s in a Democratic district,” the veteran assemblywoman said.

While Watson Copleman spoke, her campaign released a statement of support from Reverend Doctor Ronald Owens, Senior Pastor of the New Hope Baptist Church of Metuchen and a former vice chairman of the Democratic Party of Middlesex County.

“Congressman Holt has been a champion for Middlesex County and for the state Democratic Party as a whole,” said Owens. “While his leadership and advocacy will be sorely missed, we are fortunate to have a proven leader like Bonnie Watson Coleman willing to take up the mantle and fight for the values that define our Party.  Bonnie has been on the front lines in the battle to curb gun violence in our communities and was a leading advocate to increase the minimum wage.  She has never hesitated to lead the charge for Democrats in Trenton and would be the best choice to further Rep. Holt’s legacy in Washington of fighting for Democrats throughout Middlesex County and the entire 12th Congressional District. ” 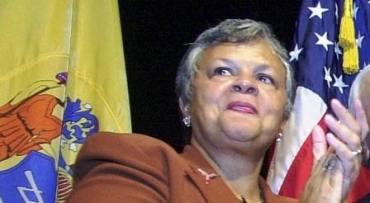