Last November I was making a Best New Releases of 2013 list, which I ended up scrapping because, frankly, how can I know what records were the best when I have not heard ALL of them? But I did think about it, and in thinking, I realized that all the bands and artists on my soon-to-be-scrapped list were guys, and I know gender stuff isn’t supposed to matter anymore and all that, but it just felt weird that Lorde kept popping up, and in her case, I prefer the Sad Clown version of that song anyway. I asked around, and my pal Bela of the awesome Anyway Records in Columbus, Ohio, said, “I’ve liked what I’ve heard from Courtney Barnett.”

Bela and I bonded long ago over our affection for a Columbus band called Scrawl, and I think I should send that guy a thank you bouquet, because I burned a CD of Courtney Barnett songs that I downloaded from her Bandcamp and it’s been stuck in my car stereo ever since. No, really—the CD player broke with that CD in it. And I don’t mind! For one thing, it finally inspired me to get a cassette adapter so I can stream music off the smartphone, which has changed my life, but also? She is amazing! I walk around all the time going, “Have you HEARD this?” and forcing people to get into my car and listen to her. Not once has anyone gotten out, and it’s not because all the power locks are broken and the doors only open from the outside.

Were I forced to describe her sound succinctly, I’d compare Ms Barnett to Opal/Mazzy Star crossed with Holly Golightly (Thee Headcoatees), a bit of Velvet Underground and yes, Marcy Mays from the aforementioned Scrawl. Barnett rides a just-rolled-outta-bed slacker ennui and affects an effortless garage feel, but the arrangements are dynamic and sophisticated, with eerie slide guitar, simmering piano runs and low undulating basslines. When she isn’t lazily talk-singing, she layers the vocals to make up for her sometimes thin, yet always charming, alto. She coaxes a profoundly seductive, dreamy, watery resonance out of her vintage hollow body red Harmony guitar. The overall effect is akin to some kind of washed-out landscape painting, its intricate details drawn in with a Sharpie.

In April 2012 Courtney Barnett released a six-song EP, I’ve Got A Friend Called Emily Ferris on her own Milk! Records label in Melbourne, Australia. Recorded at a friend’s house, it’s a fairly lo-fi affair that begins rather boldly with a song called “Lance Jr” wherein she borrows a riff from Nirvana’s “Polly” and states matter-of-factly that she masturbates to your songs, not because she particularly likes you, but because it’s cheaper than sleeping meds. The next song is basically a phone call between herself and her concerned parent(s). We’ve all had this conversation at some point, and she captures it perfectly poetically. Parents start with, “Are you working … we’re so worried … we want you to be happy …,” delivered in plodding sing-songy quasi-monotone. She gets defensive, the drums and guitars soar into a rocking otherworldly gallop, she doesn’t “want some nine-to-five, just to prove that I’m alive …” Over the next couple stanzas, the bottom drops out and the folks ask if she saw some television special or if she’s saving for rainy days or whatever. Each time she revs up and sasses back that her TV’s been broke for four years or that her friends play in bands better than anything on radio, and so on.

But eventually she is worn down, and when asked if she’s eating because “you sound so thin” (priceless, she sounds thin), self-doubt sets in and the instrumentation gets more and more intense as she sonically slaps herself upside the head, “I don’t know what I was thinking, I should get a job!” A long distorted guitar solo spirals out, the song kind of dies, leaving just a poor lonely bass line. And then! The band erupts into this defiant bluesy frenzy! Take THAT, Dad and Mum! The EP closes on the sparse, echo-y “Ode to Odetta” with strummy electric guitar and enchanted harmonies and the plaintive “Oh-ooh-oohhh-detta won’t you co-o-me home,” and I can’t imagine how Odetta would not do exactly that.

Barnett spent the following year in a proper studio recording another six songs, released October 2013. How To Carve A Carrot Into A Rose, which not only made good on the promise of her first EP but generated a ridiculously heady level of buzz inside of a few short weeks, mostly centered around the song “Avant Gardener,” an incongruously catchy feedback-drenched slice-of-life procrastinator’s tale. She wakes up late, it’s hot out, she decides to do something, “anything to take my mind away from where it’s supposed to be.” Again, we’ve all been there. In my house, those are days of laundry—blankets, curtains, sofa covers, anything that can be washed will be—instead of, say, filing my income taxes or writing an overdue column. Barnett opts for gardening, and after pulling a few weeds in a yard that is so decrepit she figures the neighbors must think they run a meth lab, she’s “having trouble breathing in,” an ambulance is called, and it’s not something you should laugh at! But she is funny! She’s like, “I take a hit from an asthma puffer. I do it wrong. I was never good at smoking bongs,” and the oft-quoted line about how the paramedic “thinks I’m clever cos I play guitar, I think she’s clever cos she stops people dying.”

Another fan favorite, the surf-twangy “History Eraser”is about a drunken fever dream. She describes a number of disjointed scenes with breakneck wordplay and crazy vivid imagery, over rolling Pavement-ish beats and hypnotic slide-guitar-driven groove, and I’d start quoting but I’ll end up reciting the whole thing, it’s so great, I mean, positively Dylan-esque: “You said ‘I guarantee we’ll have more fun, drink ’til the moon becomes the sun, and in the taxi home, I’ll sing you a Triffids song.’” And the grinding growling chorus: “In my brain I rearrange the letters on the page to spell your name.”

“Leave your shoes at the door, aaaa-long with your troubles your troubles your troubles your troubles,” Barnett croons in the intimate ballad “Anonymous Club” and I love how she repeats “your troubles” a bunch of times, since you might have a lot of them. The repetition of that word, along with the way she plays with lyrical convention by repeating different lines out of order, is extra soothing, simply for acknowledging the potential quantity of “troubles” without dwelling on the what. The specifics aren’t important, which is why it can be an anonymous club, where she’ll make you “name badges with question marks,” and in the end she’s mostly just grateful she didn’t have to do the cooking. And I’m telling you, it is a dead sexy performance.

Both EPs were released together in the United Kingdom as A Double EP: A Sea of Split Peas. And it was announced this week that indie label Mom+Pop Music will RE-re-release the songs for North America in April. Pre-ordered copies include a tea towel featuring original artwork by Barnett. Oh yes, she draws all her own cover art, as well.

Barnett and her band are playing in Manhattan on Friday at Mercury Lounge and Saturday in Brooklyn at the Knitting Factory. These shows, along with most of her first real Stateside tour (she played CMJ last year), sold out within days of being announced, a testament to the whirlwind surrounding this Australian 25-year-old. If you didn’t get tickets, don’t fret, you can follow her around the festival circuit this summer. Lots of live Barnett performances—solo, with band, on stage, at radio stations, atop roofs, whatever you like—are on the You Tubes, too, including a romp through Kanye West’s “Black Skinhead” that she says she chose because she’s often asked if she likes hip-hop on account of how wordy her own songs are (she changes “300 bitches” to “300 chickens”), and a cover of a late-era Lemonheads ditty that’s worth viewing just for her adorably filthy fingernails in it. 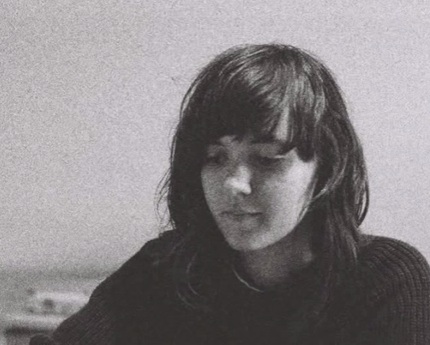