The September 2000 issue of Vanity Fair, before the anti-Paltrow backlash.

Vanity Fair posted an expanded letter from editor in chief Graydon Carter about “the whole Vanity Fair-Gwyneth Paltrow brouhaha” today. In it, Mr. Carter explained, in expanded detail, how the whole thing came to be.

After the meeting, Mr. Carter “went online and spent an hour or more on Goop, and to be frank, I found it no more elitist or out of touch than many women’s magazines.”

It isn’t that Mr. Carter doesn’t get why some women don’t like the lifestyle site:

“The thing is, because it reflects the vision of a single woman, and one with a privileged upbringing, a close family, an Oscar, and those enviable legs and abs, I realize that it might be a bit much for most working moms, no matter how content they are or successful at making their lives work,” Mr. Carter wrote, basically realizing that no matter how good one’s life is, there is no way it’s as good as Gwyneth’s.

After reading the editor’s letter, we can’t be the only one picturing what Mr. Carter thought while looking at Goop. Here is what we imagine:

Hmmm. A cleanse. Looks kind of doable? I mean, Gwyneth does it and her skin looks really sparkly. Maybe I should try…nah, seems kind of complicated. So many bottles with names like “move.” Never mind, what about just doing some metabolism boosting yoga? That’s probably a better plan, long-term. I should really make chickpea soup sometime, it doesn’t look that complicated. I bet it tastes like humus. Or maybe I should just email the recipe over to the Waverly. I’m sure they have all the ingredients. Brandy Alexander? I love cocktails that taste like ice cream. You know, I don’t understand that whole “homemade cookies in a mason jar” thing. What the hell kind of hostess gift is that? I was right! Burgers are totally a thing in Paris. Yeah, The Peninsula in Kyoto isn’t bad…Oh, look. E-commerce. Yeah, if I was a woman, I’d totally buy those yoga leggings. You know, this is a pretty calming site. What the hell. I’ll subscribe. Nourishing the inner aspect sounds nice.

Whoa! Look at the time. How is it already noon? Time to stop reading Goop.

Alright, I’ll assign this story to Vanessa. I wonder what she thinks about these one-pan meals?

Of course, after Ms. Paltrow got all upset about what she assumed would be a hit piece, the media went wild with speculation, a feud ensued and, ultimately, Mr. Carter has decided not to publish the story.

Just one more reason to dislike Ms. Paltrow: because of her, nobody will get to hate-read a non-hit piece about why some people like her and some people don’t. 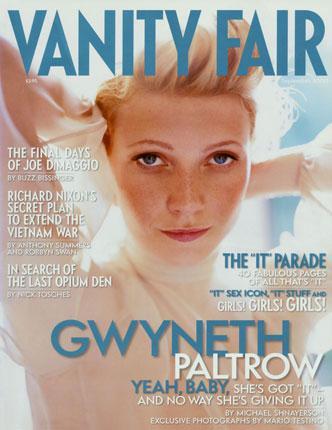