The former state Assistant Attorney General received the endorsement of North Ward Councilman Anibal Ramos, who quite the mayor’s race and added his name to the Jeffries ticket.

The Baraka Campaign this week announced the selection of Jason Solowsky to serve as its Director of Field Operations. Solowsky comes out of the successful 2013 Fulop Campaign in Jersey City.

Dismissed last year as the Hudson County Democratic Organization (HCDO) chairman, the incumbent mayor of Bayonne was supposed to be politically face down in the river at this point. But Smith rubber-banded off the hazing he took from U.S. Sen. Bob Menendez (D-NJ) and anchored a successful campaign kickoff on Wednesday night.

The New Jersey Commissioner of Education is leaving the post with the job of urban education reform unfinished, and in limbo – but personally in possession of a well-heeled job at Rupert Murdoch’s Amplify, a private education option engine room.

The Hunterdon County GOP chairman – a veteran of 12 Republican National Conventions – announced his retirement and goes out on top after a strong run in the leadership position.

He still has work to do, but the Plainfield Public Works Director appears to be quickly coalescing key support toward succeeding disgraced Trenton Mayor Tony Mack.

The New Republic landed a massively well researched and much read piece about the Bridgegate-scarred governor, a former U.S. Attorney, who endured another week of Republicans running away from the head of the Republican Governors’ Association.

The superintendent of the Newark Schools System has managed to alienate the entire political superstructure in the City of Newark, and now routinely makes the rounds of debate forums as the city’s resident punching bag.

The dignified North Ward councilman aborted his mayoral campaign this week to fall in behind Jeffires, who will have the support of the county’s Democratic Party establishment.

Where do you start? It’s over. And of course, he doesn’t see it that way, bear-hugging his desk at City Hall and refusing to let go, despite being handed a guilty verdict in his federal corruption trial.

The likeable Morris County Democratic Chairman will at the very least have to stare down a challenge by popular Vice Chair Mary Dougherty. 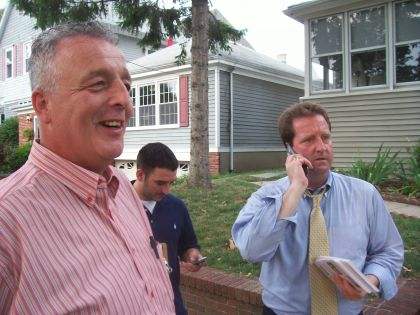