The LD 5 senator has the support of the Democratic Party establishment to succeed retiring U.S. Rep. Rob Andrews in te 1st Congressional District.

The likable WNYC reporter inked a deal with Threshold Editions to write a biography of Gov. Chris Christie.

The East Orange councilman (former chief of staff of Speaker Sheila Oliver) landed a gig as the executive director of the Democratic State Committee. Holdsworth will join James as the committee’s new political director.

The GOP is apparently open to bringing Jeff (1978) Bell back to New Jersey (if he can find the place) to mount a 2014 run for the U.S. Senate. This is the guy who ravaged the late beloved Clifford Case then got run over in the general by Bill Bradley.

As reported by POLITICO this week, the governor of Wisconsin who also burnishes a record of manhandling public sector unions stands to gain if Christie continues to unravel as a 2016 presidential prospect.

The CD6 Congressman is well-positioned to move up on the House Energy Committee to become the Democrats’ ranking member with the retirement of Henry Waxman.

The feds subpoenaed the governor’s office in connection with an investigation into the George Washington Bridge scandal.

The FBI took the former mayor of Manalapan into custody on an 11-count indictment.

As Mike Dressler continues to play a Bergen County version of Hamlet, the party is developing a clear case of discomfort at not having a squared off challenger to popular incumbent Bergen County Executive Kathleen Donovan.

The state must hand over documents pertaining to the lieutenant governor’s hiring of a retired investigator when she served as Monmouth County Sheriff, following a report by Mark Lagerkvist of New Jersey Watchdog, who wants to know how much Guadagno knew about a double-dipping situation.

Steve Lonegan this week made the lives of Ocean County GOP Chairman George Gilmore and Burlington County GOP Chairman Bill Layton more difficult with his kickoff well in advance of the county party conventions set for early next month. The counties want to stand together, but Lonegan is a non-starter for Burlington. BurlCo favors former Randolph Mayor Tom MacArthur, and retired Rear Admiral Mo Hill may be the sentimental favorite in his home county of Ocean, while Lonegan shows no signs of abandoning what may be his best chance to finally hold higher office. Could it be a three-way race following the conventions? 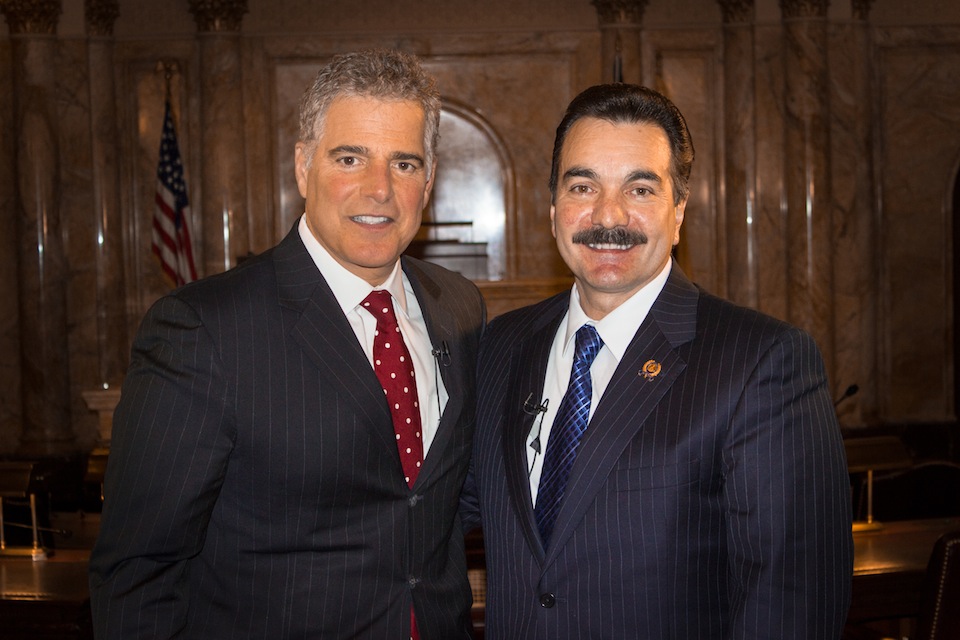