Earlier this month, Betabeat writers were surprised to learn that popular YouTube blogger Olga Kay was regularly churning out 20 or more videos a week—drawing comparisons of her work schedule to that of working in a sweatshop. The piece is one of many in a recent trend of blog posts questioning the economics and viability of the YouTube industry. The reality is YouTube is not a sweatshop, no one is forced to create content for YouTube, and its increasingly becoming a platform that’s allowing thousands of people to make a living pursuing their passions.

The majority of the negative conversation stems from a focus on the way YouTube splits ad revenue with YouTube partners (creators who have opted to have ads run against the videos they upload) at a rate of 45/55 in the creator’s favor. Many have argued that YouTube’s take is too high and CPM’s on the platform too low.

When looking through the lens of YouTube’s ad-split alone, it may not appear to be the greatest deal for content creators, however, YouTube provides more than just revenue sharing for its partners and this has been something largely downplayed or overlooked. YouTube has invested heavily in its creators, providing video hosting, analytics, audience engagement features, creator educational tools, and production resources. YouTube even allows users the ability to direct sell their ad inventory (assuming they meet minimum view requirements). No other video platform competes in terms of audience building capabilities, features and technology. YouTube’s sticky user experience and prevalence in search results have made it the ultimate audience acquisition funnel for entrepreneurial minded entertainers.

The ability to find and build an audience is the real value that YouTube is providing. Olga Kay’s own story is a great micro example of this macro trend. According to the figures she gave me, about 40% of her revenue is generated through YouTube’s partner program, with another 50% coming from brand integration deals (her being paid to create content around brands and distribute that through her channels) and the remaining 10% coming from her growing line of merchandise.

Olga is hardly alone in generating the bulk of her revenue from brand integration deals. Since 2006, I’ve architected YouTube influencer marketing campaigns that have resulted in 7 (if not 8) figures in revenue changing hands from Fortune 500 brands to hundreds of YouTube creators.

The end result makes economic sense—creators do their own production as well as distribute their content to their built-in network of subscribers who are highly engaged. Advertisers save on media costs, and are typically paying far less for production and creative fees. While the production quality may not be to commercial standards, the amount of engaged viewers is high—the projects I personally have been involved in have resulted in an estimated three-quarters of a billion cumulative views.

Beyond brand integrations, YouTubers are utilizing their audiences to promote and monetize their own personal brands and IP. Olga’s currently heavily invested in her own line of socks, called MooshWalks, which she markets solely through her YouTube audience, and custom apparel sites like Spreadshirt and District Lines have provided turnkey platforms for creators to sell their wares. Many creators also build digital storefronts to sell their catchphrase-emblazoned t-shirts, coffee mugs, and stickers with the help of sites like Shopify. Musicians are utilizing YouTube to build their audiences and market their music as well. In a previous Betabeat post I showed how Charles Trippy and We The Kings shot to #1 on the charts in large part thanks to Trippy’s YouTube fans.

Creators are even branching out to gaming and apps. YouTuber Toby Turner’s crowdfunding campaign for a gaming app based on his YouTube videos raised over $644k—far over his $240k goal. Smosh, hoping to develop “Food Battle, The Game,” raised the $250k via a crowdfunding campaign as well. YouTubers are even tapping into their audiences to make, produce and sell feature length movies. Camp Takota, the brainchild of YouTube stars Grace Helbig, Hannah Hart, and Mamrie Hart, was released on Valentine’s Day this year for digital download, and I’m Vlogging Here, a documentary about video blogging produced by Corey Vidal and featuring a number of YouTube’s biggest stars will also be released.

It’s not surprising that critics are questioning the economics and the equitability of revenue-sharing program because on the surface they can be deceptive. But as I’ve said before: for YouTube creators, leaving the platform would be like Michael Phelps leaving the Olympics in his prime because it didn’t pay well.

YouTube provides the spotlight and has proven to be an effective tool to build audiences, businesses, and brands. Ultimately, limiting the conversation of YouTube economics to CPMs ignores the opportunities that an audience provides and the tools YouTube has invested in.

Before YouTube, Olga pursued a life in Hollywood. Struggling to get work as an actress and professional juggler, she turned to YouTube to share her work, and then it turned into a passion. After nearly three years on the platform, she was getting paid enough to turn her passion into a full-time business. Olga told me that “If I stayed in Hollywood I’d be one of thousands of actresses. YouTube gave me the opportunity to call the shots.”

That’s why creators are continuing to flock to the platform. 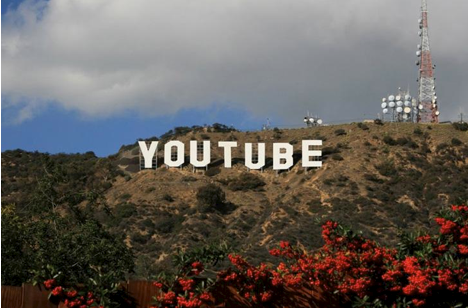