New York’s comedy community is banding together to help pay a fledgling comedian’s medical bills after she was hit by a subway last week.

25-year-old Brooklyn comedian Liza Dye accidentally slipped onto the subway tracks while texting at the Broadway-Lafayette station. The aspiring standup miraculously survived, but has a hefty price to pay as she lacks health insurance.

With the help of friends and well-wishers, $24,000 has been raised to help cover Ms. Dye’s medical bills, the NY Post reports

One of the donors is Scrubs’ star Zach Braff, who gave a generous $9,999 to her website www.helpliza.com. The actor and comedian, who most of us know as J.D., also wrote down a comedian’s version of “get-well-soon,” on the fundraising site.

“Keep making people laugh,” he posted. “Don’t watch the season 2 opener of ‘House of Cards’.” (The episode where reporter Zoe Barnes is pushed in front of a subway by Frank Underwood, played by Kevin Spacey).

A fundraising event was also held at the Upright Citizens Brigade Theater on Sunday, with Parks and Recreation’s Aziz Ansari attending. A second fundraiser will be held at The Stand in Gramercy, featuring Janeane Garofalo and Pete Lee.

“All comedians can really identify with this,” Mr. Lee, known from VH1 and Comedy Central, told the Post. “We all moved to New York with nothing in our pockets and a dream.” 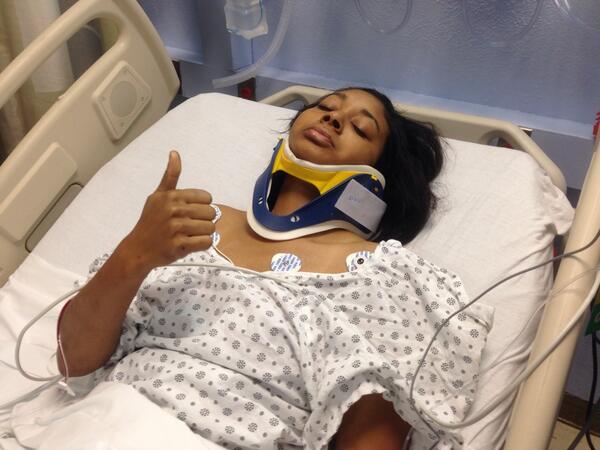