If Justin Bieber was able to launch a music (and tech?) career from a bunch of Youtube videos, then this had to be the natural next step.

Michael and Carissa Rae Alvarado — who comprise husband-and-wife folk-pop duo “Us” — have become the first Vine musicians to sign with a major record label, Billboard reports. After just four months of posting six-second clips of their music, the pair signed with Republic Records on March 18.

According to Billboard, “Us” originally tried to promote themselves on Youtube, but they weren’t really getting noticed (that’s sooo 2008, we guess).

So they headed to the slightly less-charted waters of Vine, where they began posting videos of themselves performing popular covers like Selena Gomez’s “Come & Get It” and veritable song of the year “Let it Go”. Part of their appeal, Billboard notes, was that in their earlier Vines, they never showed the top halves of their faces:

Their musical talent and intriguing mysterious identities got them re-Vines from super-popular Viners like Jerome Jarre, Billboard explains. The duo was also getting noticed by various news agencies, and, in February, they appeared on Good Morning America, where they finally showed their faces and everybody realized how adorable they are and loved them even more.

Republic Records, the duo’s new label, reportedly plans to re-release the couple’s pre-existing album, “No Matter Where You Are,” with a few new mixes added in. And if you didn’t already think they were the cutest musicians you’ve ever seen, know this: the album was inspired by their own real-life love story.

Aaaanyway, the record label told Billboard they saw Vine as another totally viable platform for bands to promote themselves, no different from MySpace or SoundCloud. But don’t think your big break is as easy as Vine-ing your crappy a cappella cover of “I Dreamed a Dream”; we have to think that if you only have six seconds to showcase your talent, it has to be really, really excellent.

These should give you some inspiration: 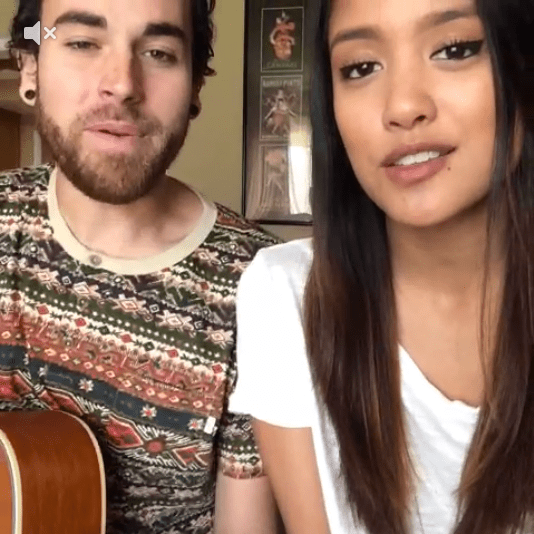