“Andre has been a fighter for this city since his days as a school board member,” Martinez said.  “As Councilman, he has represented the Sixth Ward with integrity and strength for the past six years.  And now as Council President, he has shown that he’s ready to take on bigger challenges.  He’s ready, willing, and able to come to the job with accessibility, time, effort, discipline, and hard work.  And so I’m proud to be behind Andre in his run for Mayor.”

“Our city has been without strong leadership in the Mayor’s Office for the past twelve years, and as a result, our citizens have suffered,” said Akhtaruzzaman (pictured).  “With ever increasing crime, reduced quality of life, and a lack of consistent business development having been the norm for Paterson over the past twelve years, the time for change is now.  Andre has delivered results as Council President and he will deliver results as Mayor.”

Sayegh expressed his gratitude for the endorsements.

“I’m proud today to be endorsed by two people who have always been among the strongest advocates for our community and its neighborhoods,” Sayegh said.  “Manny and Mohammad believe in the future of Paterson and know firsthand that we need change.  Working in collaboration with our residents and community leaders, we will fight to move our city towards a brighter future.  Together we are one people with one purpose for one Paterson.” 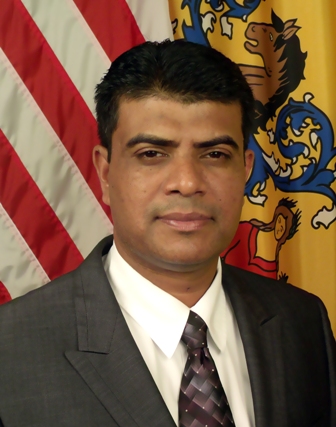