Die-hard fans might have known that last night’s SVU episode was going to feature celebrity guest-star/Cranky King of NYC Alec Baldwin, if only because a) It was in the previews and b) Ice-T accidentally let it slip on a podcast last month.

But Mr. Baldwin’s role shouldn’t have come as much of a surprise either: in the same vein of his recent dabbling with New York media, his character was a possibly unethical columnist! Who tried to trademark the term “Tawana-be” when talking about a rape victim with Katie Couric!

Ugh, journalists are the worst, you guys.

It’s an odd fit, because the character that Baldwin is invoking is way more Jimmy Breslin than TMZ, and though the character is a bully in the headlines, he’s working within that old boy’s club moral code. There’s a nostalgia that Baldwin brings to the role, a certain nobility. He even fake coughs after a monologue about how old he is and how many ex-wives he has (because he’s part of a dying breed, you get it?), and then continues to fake-cough through the rest of the episode, though it’s not really mentioned again.

But it’s clear that Baldwin respects this guy–James MacArthur–and wants us to know that “These guys, they were the real reporters!” even while his character is calling a rape victim a liar. “Mooks like that never attack attractive women,” Baldwin’s MacArthur says. “They pummel ‘towel heads’ behind a dumpster.”

This was also Mariska Hargitay’s directorial debut. It wasn’t a bad episode, just a slightly irrelevant one: New York crime columnists no longer hold that rarefied position of New York untouchables of the type Mr. Baldwin portrays, so the episode comes off as both a wag of the finger and a tip of the hat to a certain type of figure that no longer exists. 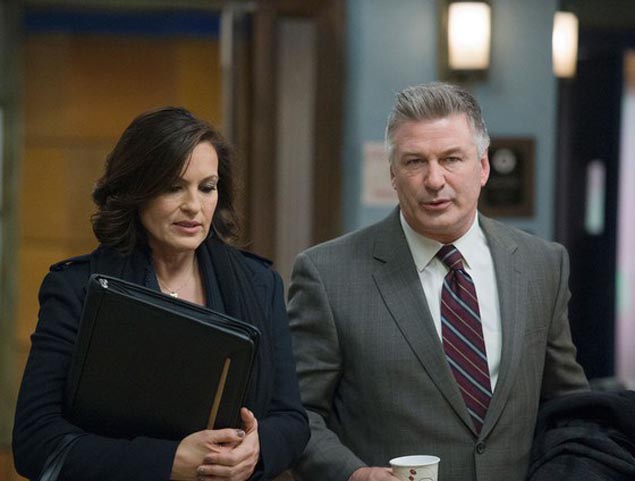