Barilla is trying to get outside the blue box.

Three months ago, the grocery store staple opened a restaurant they hoped will be “the Italian version of Chipotle.”

“You would expect to eat some great pasta at this place but it is actually something more similar to one of those frozen microwavable meals than a quality restaurant one,” one Yelp reviewer complains.

CEO Stefano Albano knew breaking into the city’s market with an Italian restaurant wouldn’t be easy, but says the company sees an opening for “a fast-casual Italian that provided high quality”concept, The Wall Street Journal reported.

The restaurant, located in Midtown as 1290 Avenue of the Americas, is a casual, cafeteria-styled lunch spot that serves up fresh pasta, pizza, salads, paninis and more.

Only 18 people have reviewed the eatery and it’s got a meager three stars.

The restaurant uses all of the company’s own products for their dishes, including sauces like Alfredo and Primavera which Mr. Albano calls “Americanized stuff.”

The “Americanized Stuff” giving the restaurant an Olive Garden-esque association it probably doesn’t want is likely hurting their Chipotle-inspired dream.

But that’s not the only problem.

We guess they haven’t heard of the Italian Chipotle-like restaurants with pasta bowls and Italian burritos for $7.49 that already exist. 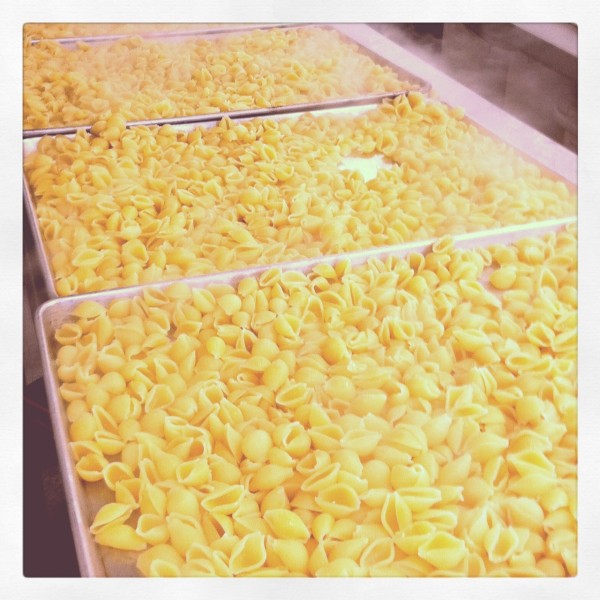