“Linda Greenstein has earned the support of the Asian-American community because we share the same progressive values,” said Plainsboro Committeeman Nuran Nabi, co-founder of Asian-Americans for Linda Greenstein. “She recognizes that we must come together as an entire community to do great things. She’s always been on our side to fight for better schools and better jobs and opportunities. We need the strong leadership she’s shown in Trenton working for us in Washington.”

“Linda has embraced and been embraced by Central Jersey’s Asian community, and we know she’s a true friend of ours, just like Rush Holt,” added Sanjeev Agarwal, another co-founder.

“Linda knows that diversity is part of what makes our community such a great place to live, and she’s always worked hard to break down barriers and make sure that everyone who seeks her help is treated equally,” said co-founder Pankaj Kumar.

“It is not about where you come from, but about what you do, and Linda has proven time and again that she’ll do anything to help the people she represents,” said co-founder Raymond Wong.

“Linda has fought the fights that need fighting, from raising the minimum wage to help New Jersey’s working families to enacting paid family leave, and we need to send her to Congress so that she can continue the work she has started in Trenton,” said Raj Goomer, another co-founder.

“She’s been a champion for all of Central Jersey, and that’s what makes her the best choice for Congress,” said co-founder Ed Chakrabarty.

“I am honored to have the support of so many of the friends and neighbors I have had the privilege to know over my years of service,” said Greenstein. “This campaign is about following Rush Holt’s example of being a representative for all the people, all of the time. I’ve been lucky to have the support of our strong Asian-American community in the past, and it is especially rewarding to have their support today.” 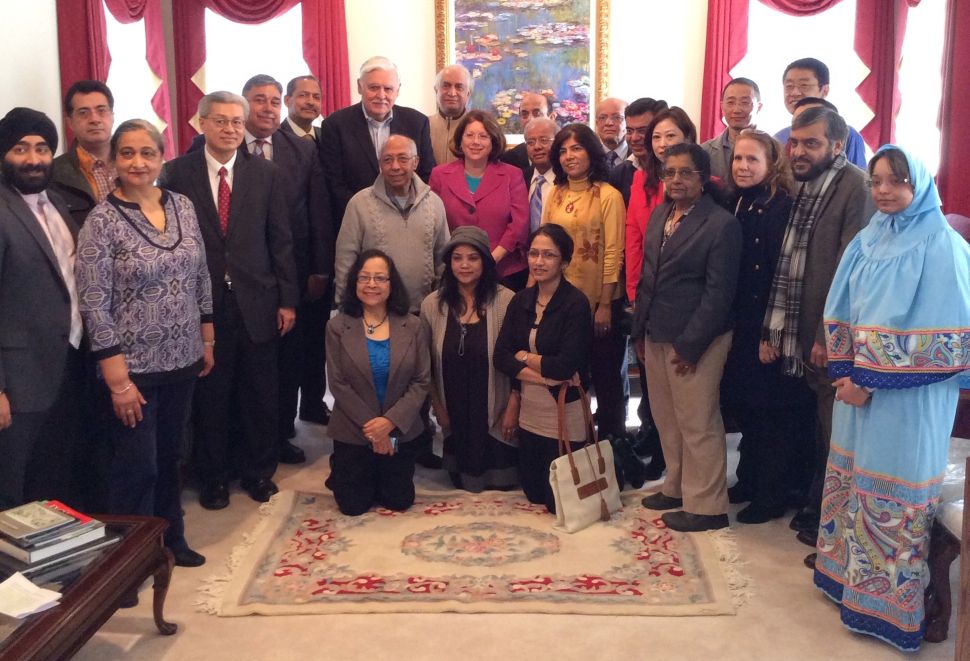