So focused is the Armory Show on the art of our times—not so long ago, it was devoted entirely to works by living artists—that the artworks that end up being talked about here often tend to be the older ones, rather than the wet-paint ones.  One piece that had people talking at the Wednesday VIP preview was Marcel Duchamp’s famous L.H.O.O.Q.—a reproduction of the Mona Lisa with a drawn-on mustache—dated 1916/1964, and on view at the booth of Sean Kelly Gallery. Mr. Kelly placed the small Duchamp, one of an edition of 35, next to a piece by Joseph Kosuth, which in turn was next to a two-sided joke drawing by Richard Prince. His point? “That L.H.O.O.Q. is the original joke painting,” Mr. Kelly’s daughter Lauren, a director at the gallery, told us. Mr. Kelly, who had helpfully placed QR codes on all of his artwork labels, was having a busy day. He’d already parted with that Prince, for $70,000, and had sold a Leandro Ehrlich and a number of other works by midday. “The fair feels solid and strong,” he said.

Mr. Kosuth, for his part, was spotted in the booth of London and Berlin gallery Sprüth Magers, standing in front of a painting of his from 1968. In the shape of a square, it depicts the written-out dictionary definition of the word “square” in white letters against a black ground. One of the most eye-catching booths in the fair, Sprüth Magers, which is soon to open a Los Angeles branch, is anchored by a large white felt wall hanging by Robert Morris from 1976. White is an unusual color for Mr. Morris’s felt pieces, which are more often to be found in grey. This one is priced at $450,000 and the gallery had already seen a lot of interest in it by late afternoon, and had put reserves on a number of pieces in its booth which is devoted to works in black and white. The gallery, said director Sarah Watson, was interested in doing something more curatorial than the usual art fair booth.

Overall, sales seemed to be lively throughout the fair. Lisson, from London and Milan, sold pieces by Haroon Mirza, Julian Opie, Spencer Finch and the 99-year-old Carmen Herrera, for prices ranging from $20,000 to $100,000.

The Armory Show may have its scrappy elements, but it’s all worthwhile if discoveries can be made, and there were certainly discoveries to be made today. One is at the booth of Chicago gallery Kavi Gupta, who is showing paintings by the 68-year-old African-American painter McArthur Binion. A professor at the Columbia College, Mr. Binion lived and made work in New York in the 1970s. At Columbia, he has taught artists, like Rashid Johnson, whose careers are now thriving. His own work has resurfaced in recent years, after inclusion in exhibitions curated by Franklin Sirmans (in Los Angeles) and Valerie Cassel-Oliver (in Houston). Mr. Gupta, the dealer, visited the somewhat reclusive Mr. Binion in his Chicago studio and convinced him to be represented by the gallery. The new paintings, at Mr. Gupta’s gallery, feature abstract marks over barely visible photographs and text. Priced at $75,000 (for a larger size) and $12,000 (for smaller), a handful of them had sold out by day’s end. Mr. Gupta’s booth was packed, with collectors like Miami’s Mera and Donald Rubell on hand. He’d sold out most of what he had to offer, and he recalled that the day got off to a good start. “Our first visit was [MoMA Director] Glenn Lowry, with a group of trustees.” (The Board of Trustees of the Pittsburgh Museum, who came in separately.) “They stayed for 20 minutes.” That’s a long time at an art fair. 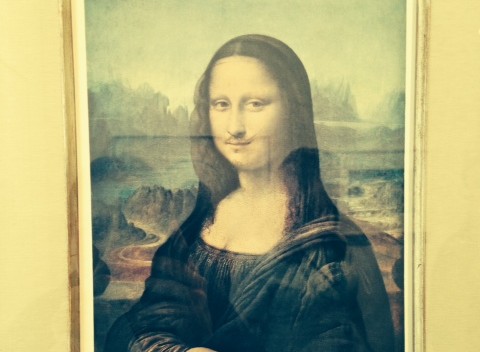