TRENTON – An attorney representing a legislative committee investigating the Gov. Chris Christie administration over the so-called Bridgegate scandal argued in court Tuesday that lawmakers are conducting a focused inquiry, not a “fishing expedition.”

Fired Christie staffer Bridget Kelly was seated a few feet away from the attorney representing the committee demanding the former deputy chief of staff comply with a subpoena ordering her to handover documents related to the George Washington Bridge lane closure controversy.

“The committee issued very focused subpoenas,” argued the attorney, Reid Schar, explaining Kelly was a public employee at the time of the lane closures and shouldn’t be exempt from withholding requested documents.

Kelly sat with her counsel and attorneys representing Christie’s two-time campaign manager, Bill Stepien, who was absent from the hearing that will ultimately decided whether the pair run the risk of self-incrimination if they handover documents subpoenaed by state lawmakers.

Schar conceded there is a Fifth Amendment right not to produce documents for overly broad subpoenas.

“Is there anything in the emails that you’ve shown me that suggests the existence of other documents?” Judge Mary Jacobson inquired of Schar.

“I think you get from the scope of the emails that there was routine discussion,” responded Schar, arguing the already released documents suggests additional evidence germane to the investigation exists.

“It is not a significant leap, but obvious conclusion that there is additional communication that these people had,” he said.

Kelly is known to be the author of the now infamous “time for some traffic problems in Fort Lee” email that set off a four-day traffic nightmare in Fort Lee.

Schar argued the joint legislative committee’s case before Jacobson for more than an hour.

Check back with PolitickerNJ for updates on the ongoing court hearing. 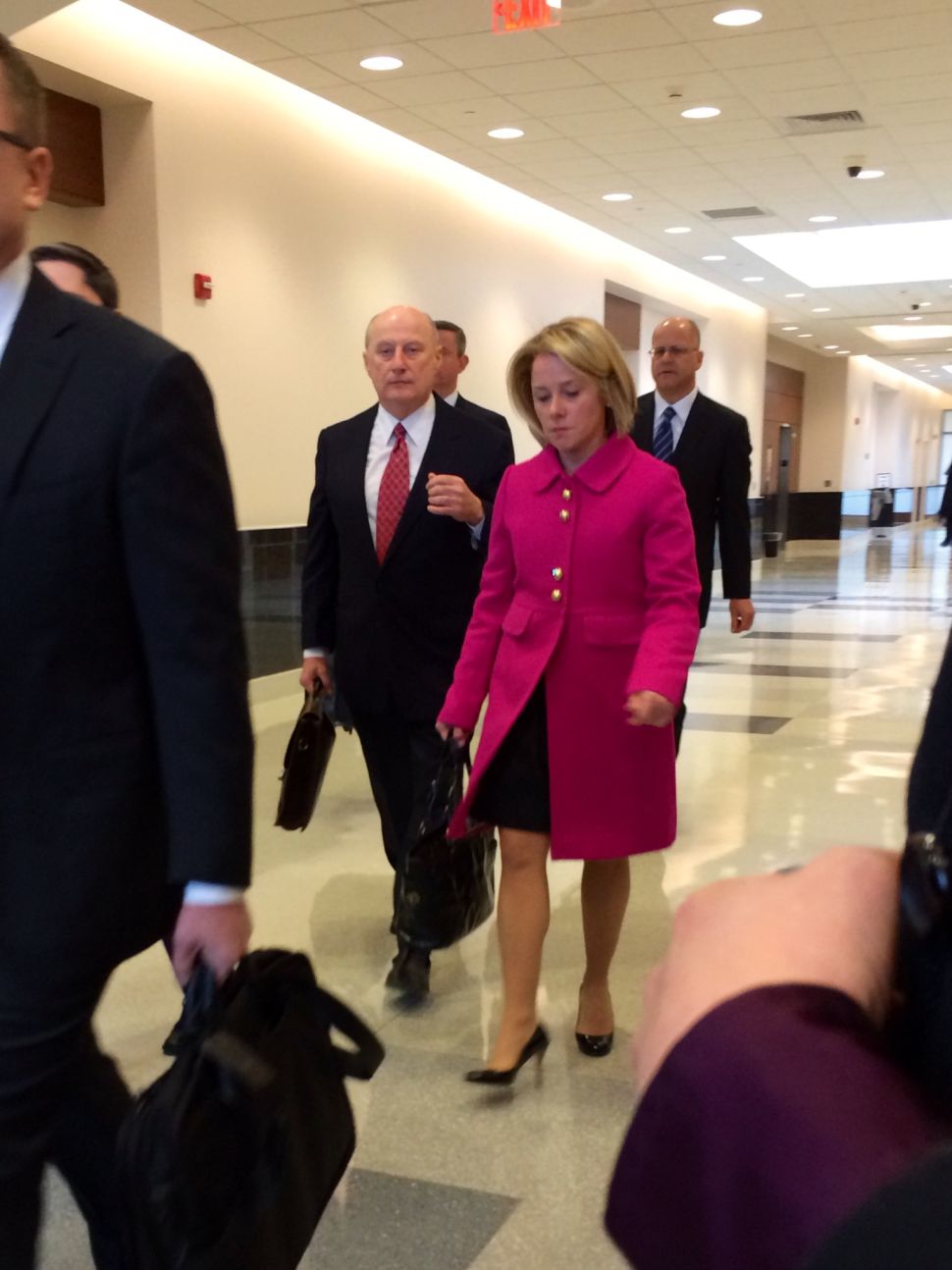