On Friday, the cops were called to 67-11 161st in Flushing for what they thought was a run-of-the-mill noise complaint. But tenant Frank Giardina thought it was a good idea to open the door with a marijuana pipe in hand.

Already facing a summons for the pot pipe, Mr. Giardina politely invited the cops inside his home as he searched for his identification. Once inside, police found five bags of a controlled substance in Mr. Giardina’s kitchen, the New York Post reports. They arrested him and searched the premises, eventually finding 1,948 glassines of heroin along with packing materials and packing equipment.

All in all, officers found a total of $150,000 worth of heroin and meth. Mr. Giardina now faces charges of criminal possession of heroin and intent to sell.

“The guy let responding officers in like he had nothing to hide,” a source told the Post. “Maybe he was too stoned to remember what was in his apartment.” 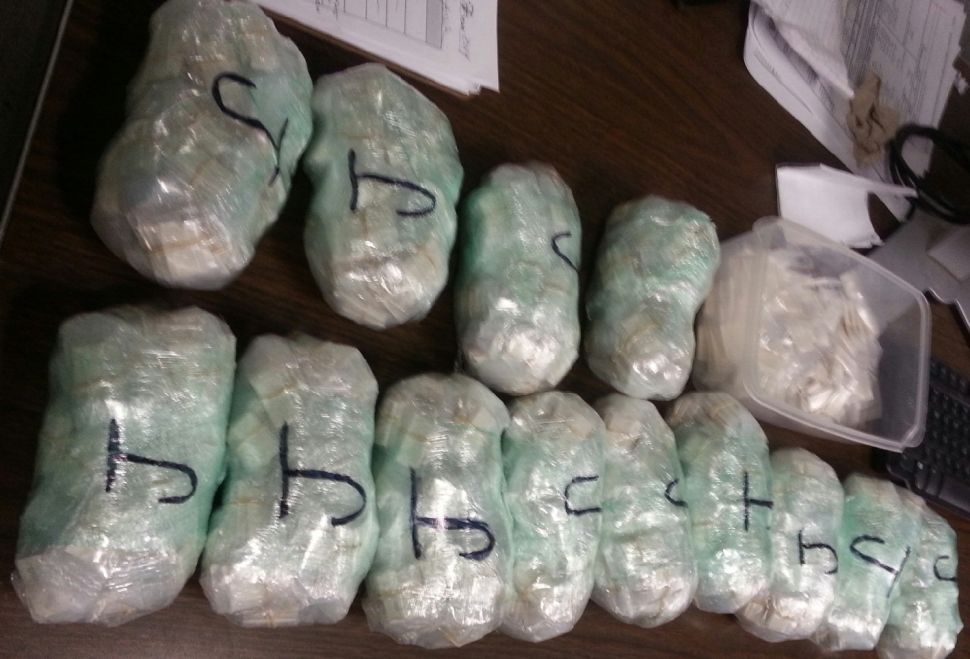