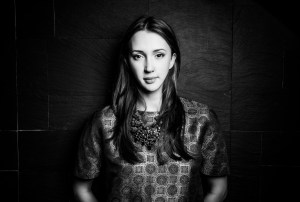 The 28-year-old, Russian-born entrepreneur and philanthropist Maria Baibakova has been making waves in the art world in recent years—she is a collector, is involved with the Whitney Museum, the Guggenheim, Lincoln Center, the Tate, the Chinati Foundation and Art Dubai and is a strategic director and a member of the board of directors at the website Artspace. Now she is taking on a significant role in a different kind of institution: Last month, she became the youngest member of the board of Barnard College.

A Barnard alumna, Ms. Baibakova, who is the daughter of Oleg Baybakov, a Russian oligarch and former executive at Norilsk Nickel, went on to earn a master’s degree in art history from the Courtauld Institute in London. Soon after graduating, she opened a contemporary art space in Moscow, Baibakov Art Projects, in the former Red October Chocolate Factory. In 2011, she switched gears, scaling down Baibakov Art Projects and spending two years earning her business degree at Harvard. She became involved with Lincoln Center as an intern during the summer between her first and second years at Harvard. While there, she focused on reinventing the decades-old Vera List art project, a program through which artists’ prints are sold to benefit Lincoln Center, and that led to her position at Artspace. Somehow, she also found time to work on fund-raising for President Obama’s 2012 campaign.

The Barnard appointment is notable, because she is the youngest person on a board of some 25 members by more than a decade and is also the board’s second international member (the college added a Chinese member several years ago).

Debora Spar, who became the college’s president in 2008, a year after Ms. Baibakova graduated, reached out to Ms. Baibakova after learning of her activities with her space in Moscow. “I made internationalization a big part of my agenda here at Barnard and laid that out in my inaugural address,” Ms. Spar said in a telephone interview. “I was introduced to a number of our international alums. It was in that context that I met her.”  She also sought Ms. Baibakova’s input on bringing more artworks to the Barnard campus. Ms. Baibakova became a member of the college’s international advisory council.

Around that time, Barnard started a new global symposium series, a series of talks on women’s roles in changing various parts of the world, and in spring 2010, the second iteration of the series was in the Middle East (the first was in China). Ms. Spar spoke at it, and Ms. Baibakova convinced her to make a stop in Moscow afterward. Ms. Spar, who is the author of the 2013 book Wonder Women: Sex, Power, and the Quest for Perfection, has a longstanding interest in Russia, both professional (she was once a Soviet specialist) and personal (she has a Russian daughter) and decided to go. In Moscow, she gave a talk at Baibakov Art Projects, with the question-and-answer session moderated by Aliona Doletskaya, the founding editor of Russian Vogue. “Victoria Beckham came to Moscow that same week,” Ms. Baibakova recalled last week over breakfast at the Mandarin Oriental, “and an article came out that said nobody went to the Victoria Beckham thing and everybody went to the Debora Spar event.”

During that visit, Ms. Spar said, “I got to know her quite well and was deeply impressed by everything she was doing. She’s completely devoted both to all things global and all things Russian and all things modern art. She’s a rare mix of intelligence, curiosity and good old-fashioned hard work.”

Ms. Spar hopes Ms. Baibakova will help the college stay in touch with young alumnai and work on international outreach. Her involvement in art is also attractive, Ms. Spar said, as Barnard has strong art and art history programs.

In addition to her many other activities, Ms. Baibakova, who attended a three-week finishing school program in Switzerland last summer after graduating from Harvard—a friend from Harvard went there and went on to found a similar finishing school in Beijing—has just started writing an etiquette column for Russian Tatler. (In any given month, she hosts on average one formal dinner and one cocktail party.) She describes the column as “speaking to and empowering women who work, not housewives.”

It is often in social situations that Ms. Baibakova is reminded of her appreciation for her alma mater. “On graduation day from Barnard,” she said, “our class speaker said, ‘One day, you will be sitting at a dinner party, and everyone will seem really dull and inarticulate, and one woman will be just killing it in the conversation. She’ll be so put together and able to defend her position and will probably argue a point of view not popular at the table. And you will ask her, and she will tell you she went to Barnard.’ It happened to me so many times—in India, in China—when I least expected it. The women who impressed me most were Barnard alumnae.”

Correction: March 5, 2014: An earlier version of this article stated incorrectly that Maria Baibakova’s age is 27. It is 28.