NEWARK – The members of Newark mayoral candidate Ras Baraka’s council slate lined up behind Baraka on Saturday at the Robert Treat Hotel as he publicly announced his slate. But as the candidates lined up one by one behind Baraka to create a group of seven, Newark political math dictates that a full council slate is made up of nine candidates. The May municipal election is just more than nine weeks away. The deadline for petitions to run for council, and thereby put all the slates in place, is Monday at 4 p.m.

In a race where there is strong statewide interest, much focus has been drawn to the final at-large council position open on Baraka’s slate. Baraka told PolitickerNJ.com in January that he was in discussions with Newark Mayor Luis Quintana to join his ticket. One political rumor bandied about Newark this week indicated that the Baraka campaign told Quintana that if he did not join their slate, the at-large spot would go to former North Ward Councilman Hector Corchado instead. Quintana has yet to endorse either Baraka or his rival, former Assistant Attorney General Shavar Jeffries.

Baraka told PolitickerNJ.com on Saturday that the source of the Quintana-Corchado rumor “is not from me.” But Baraka did make it clear what direction he thought Quintana should take.

“I think [Quintana] is going to make the only decision he can make, which is to become part of Team Baraka. I think that’s what going to happen, and that’s what ultimately should happen,” Baraka said. “We have the groundswell of support, and he knows that. I don’t think going it alone will help him at all. It wouldn’t be a positive thing for him, or for the city.”

Besides the remaining open at-large position, a slate spot remains available on the Baraka ticket for an East Ward candidate. A crowded field has emerged in the East Ward, which is mostly made up of Newark’s Ironbound neighborhood, to take on incumbent East Ward Councilman Augusto Amador. The East Ward council candidates include businessman and former Newark police officer Omar Nieves, Luis Correia, a legislative aide to Councilman-at-Large John Sharpe James, longtime Ironbound politico Jimmy Parrillo and political neophyte Jonathan Seabra. Amador has endorsed Jeffries for mayor and is the East Ward candidate on Jeffries’ council slate. None of the other East Ward candidates have yet to join Baraka’s ticket.

“I think you’ll see some things change,” Baraka said when asked if we would soon align with one of the East Ward council candidates. “I like all of those candidates. You’ll be surprised in the next couple of days with what’s going to happen with those candidates. In a week, it might change.” 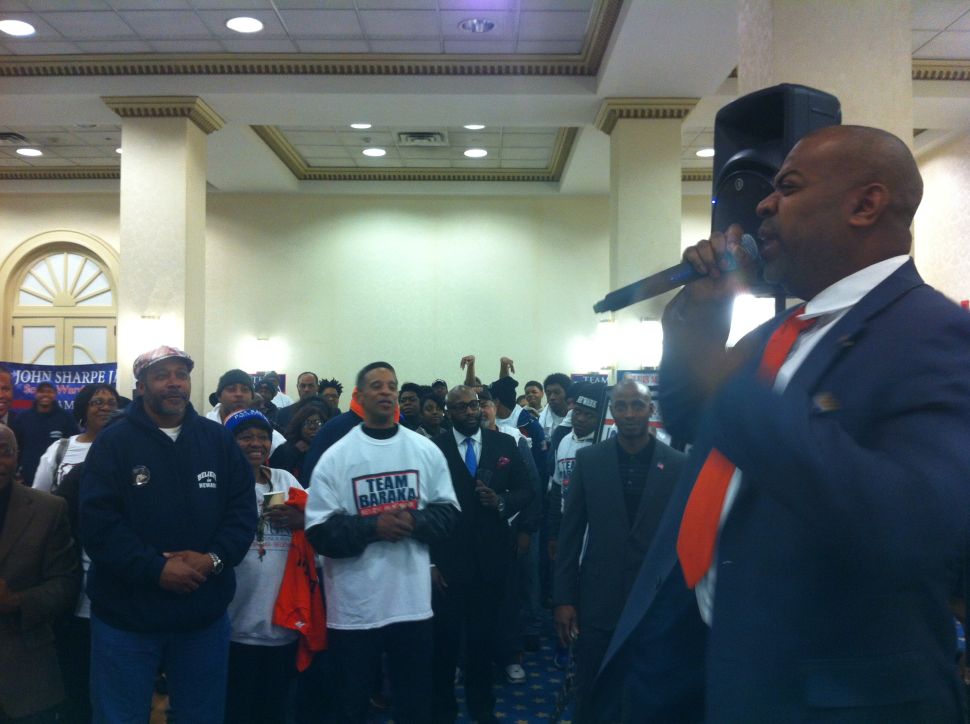