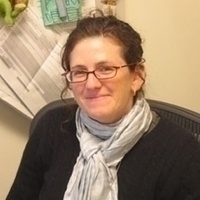 The Phillips Academy, in Andover, Mass., has tapped Judith F. Dolkart, the deputy director of Philadelphia’s Barnes Foundation, to be the new director of its Addison Gallery of American Art.

Ms. Dolkart joined the Barnes in 2010, and has previously been an associate curator of European Art at the Brooklyn Museum. Her departure comes about four months after the Barnes’ director, Derek Gillman, stepped down to become a visiting professor at the Westphal College of Media Arts & Design at Drexel University.

“We are delighted to welcome Judith to Phillips Academy and the Addison community,” Phillips’ head of school, John Palfrey, said in a statement. “Judith is an accomplished curator and educator who believes deeply in visual literacy, cross-media learning, and the power of art to engage, persuade and provide transformative experiences.”

“I don’t think you could dream of a better job,” Ms. Dolkart told the Boston Globe. “The Addison has incredible collections, a great, talented, and creative staff, and it’s wonderful this is a very well-endowed institution with so many supporters.”