TETERBORO – Moments after she started her fourth State of the County address on Wednesday, Bergen County Executive Kathleen Donovan said the magic word that underscores any political campaign in New Jersey.

“What is always at the forefront of our concerns and what affects all of us here…taxes, taxes, taxes,” Donovan said, before a packed auditorium at Bergen County Technical High School in Teterboro.

Taxes might be the main issue in Bergen County, where the more than 900,000 residents who make it the most populous of New Jersey often decide statewide elections. This year, with the focus on the Bergen County Executive’s race, the subject of shared services and consolidation, buzzwords for policy makers looking to save money and win votes, came up, with both Bergen county executive combatants taking shots at the each other.

Donovan mentioned during her address that the county human services department is in the process of developing a transportation hub for people with disabilities, special needs, medical needs and seniors who need transportation, partnering with Bergen’s 70 municipalities for more effective services.

But following Donovan’s address, Freeholder Jim Tedesco, the Democratic candidate looking to unseat the Republican incumbent, spoke about a subject that was not discussed during the speech.

“She talks about shared services and one of the biggest shared services issues we have now in the realignment of the Bergen County Police with the Sheriff’s Department, and she’s against that” said Tedesco. “I don’t know she can talk on one hand about wanting more shared services, but yet is against a shared service that could save up to $200 million over 20 years.”

Donovan has struggled with the freeholder board over plans to merge the Bergen County Police Department and the county’s Sheriff”s Office. Donovan is opposed to the plan, while the majority of the freeholder board, including Tedesco, now controlled by the Democrats by a 5-2 veto-proof margin, supports the move. The final decision depends on the outcome of ongoing legal battles related to the merger proposal.

Donovan defended her stance on the county police merger issue for both financial and political reasons.

“It’s bogus. I think police departments should merge, but you don’t put a politician in charge of a quasi-military operation,” Donovan told PolitickerNJ.com is response to Tedesco’s comments. “There is no saving of money, because [if the merger took place] we will have to hire non-police people to do things that the police now do.” 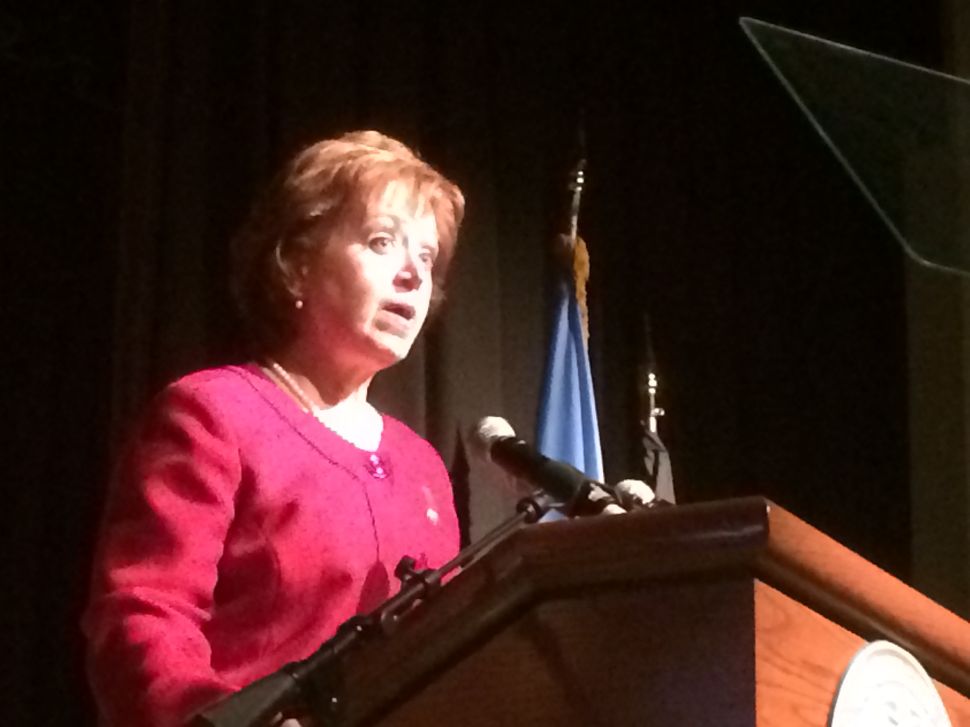