All the well-behaved postmen have gone out the window! (Photo by Mark Ralston/Getty Images).

How does that Elvis song go again? I gave a letter to the postman/he put it his sack/Bright in early next morning/he threw my letter out.

No doubt that’s the tune Patrick Paskett’s humming to this week. The Long Island mailman was caught throwing over a thousand letters and packages into the trash along his route because he did not feel like delivering them. Several complaints of missing mail from Massapequa Park and Seaford residents lead federal agents to monitor the 24-year-old, who began his postal career only last June.

Special agent Steven DeMayo followed Mr. Paskett earlier this month and was shocked to watch him toss stacks of mail into a Massapequa Park dumpster. Mr. Paskett was confronted last week by authorities and was quick to admit tossing mail over a dozen times in the last four months. “The defendant, Patrick Paskett, further stated, in sum and substance, that he knew it was wrong to throw away mail,” the official federal complaint stated.

“I really don’t want to talk about this with anyone,” Mr. Paskett told The New York Post when approached by reporters. “It happened. I resigned. I don’t work for them anymore. It’s over.” Mr. Paskett has been charged for the destruction of mail, a felony that could land him five years behind bars.

The Post reported that 1,018 pieces of mail were recovered by federal agents, and nearly 150 of those bore first-class postage.

But this is not the first mail incident this year. Australia’s mail destroying kingpin, Mark Baguio, pleaded guilty last December for storing close to 10,000 pieces of undelivered mail in his bedroom. So when did well-behaved postmen cease to exist? Wish we had the answer to that. 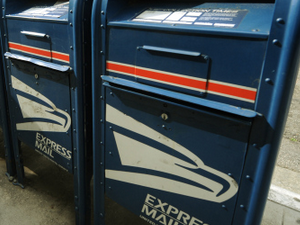