Mr. de Blasio appeared at a large, predominately African-American church and a low-slung Spanish-speaking church, where he layered his speeches with Christian rhetoric and promises of help for the victims of the catastrophe.

“In this tragedy there is a lesson, a lesson of the love and togetherness, because when the moment the tragedy hit, people ran to the disaster to help others,” Mr. de Blasio declared at the Church of God, a crammed, single-level church off Third Avenue. “Think about the men and women of the 25th Precinct. Think about our police officers that ran into the fire. Think about the firefighters and the EMTs that ran into the fire. They didn’t hesitate.” A Spanish-language interpreter whipped up the congregation as Mr. de Blasio spoke.

At Bethel Gospel Assembly, which lost two parishioners in the blast, Mr. de Blasio rode in with local luminaries including Congressman Charlie Rangel and the Rev. Al Sharpton while an ebullient choir sang and guitars thrashed.

“In moments like this, we remember, remember that those who get the most from life are those that give the most to others,” Mr. de Blasio told congregants inside the multistory house of worship fitted with a television screen and stained glass windows. “They’ve left behind an example for us to follow. And that love is expressed by the Apostle Paul when he said in the Corinthians, ‘It’s a love that rejoices in the truth, that bears all things, hopes all things and endures all things.”‘

“We’ve endured so much these last few days,” he added.

Mr. de Blasio’s wife, Chirlane McCray, who heads the Mayor’s Fund to Advance New York City, also announced there that $250,000 had been pledged so far to the explosion recovery effort. ConEdison, the Real Estate Board of New York and the Association for a Better New York are among the groups that have made substantial contributions.

This effort, Mr. Sharpton argued, was part of the government’s responsibility to do what prayer alone cannot accomplish.

“We have the faith to get through, but now we need the work and we have a mayor and a first lady that said we are going to do some work,” Mr. Sharpton said. “After we pray we’re going to work and they come today to Bethel to the house of God to announce work.” 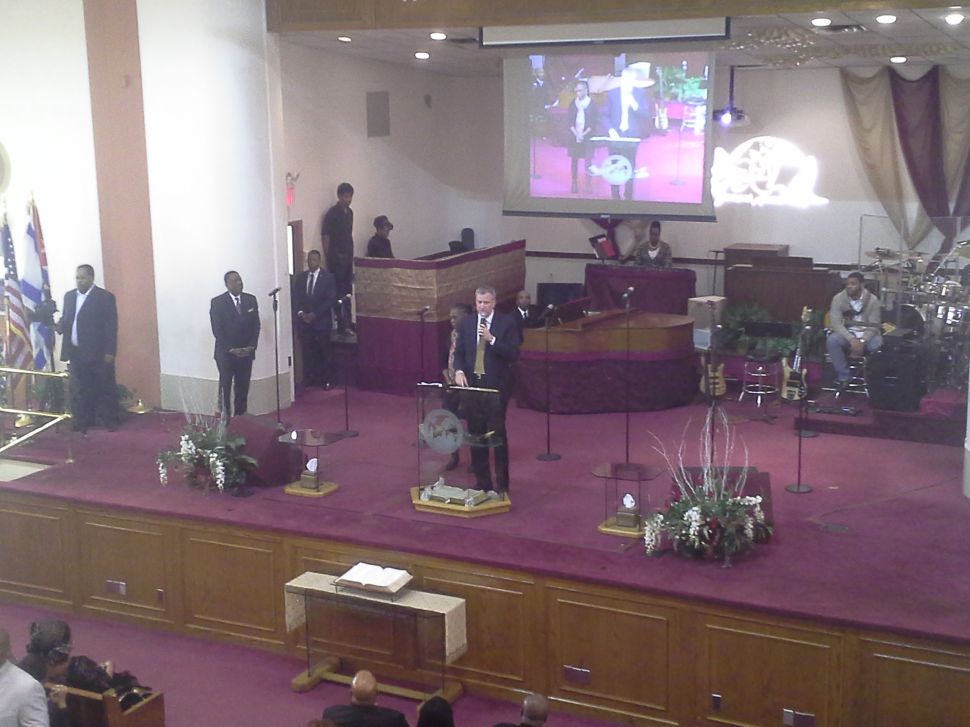