Former Mayor Michael Bloomberg sat down with Yahoo News anchor Katie Couric for his first major interview since leaving office, where he finally weighed in on his successor, Bill de Blasio, after months of silence.

Though he vowed not to criticize Mr. de Blasio after leaving City Hall, Ms. Couric was able to press Mr. Bloomberg into slamming both his policies and rhetoric throughout the 30-minute interview.

While Mr. Bloomberg said the city had experienced “nothing but good since his departure,” he quickly bashed efforts to address growing income inequality using short-term fixes–presumably including the tax hike on high-income earners that Mr. de Blasio has made the signature issue of his new administration.

“Trying to tax people and having them move or companies do their business elsewheres. It sounds good. It’s great populist rhetoric. But it’s a disaster,” said Mr. Bloomberg.

He also made clear that he remains a staunch proponent of charter schools, which Mr. de Blasio has repeatedly argued were unfairly favored by the Bloomberg administration.

“Well, I have no idea. You’d have to talk to the current administration about what they’re doing,” Mr. Bloomberg said at first when asked to weigh in on the controversial issue. Pressed, however, he came out swinging.

“They’re public schools. And they provide a great education for a lot of kids, almost all poor, minority kids,” he said, at one point blaming the teachers’ union for the fierce debate. “Charter schools are public schools. That’s what everybody forgets.”

He added that several of the teachers’ union’s own charter schools “are ranked at the bottom of all the charter schools, which is really a disgrace and somebody should do something about it.”

Still, the mayor insisted that he would hold his tongue when it came to the new mayor.

“Let me tell you, Bill de Blasio’s been mayor for three months. He’s got a very tough job. And I will do everything I can to support him,” said Mr. Bloomberg. “And I will give him the benefit of not having me ever criticize him, the same way my predecessor Rudy Guiliani never criticized me.”

View the full interview below: 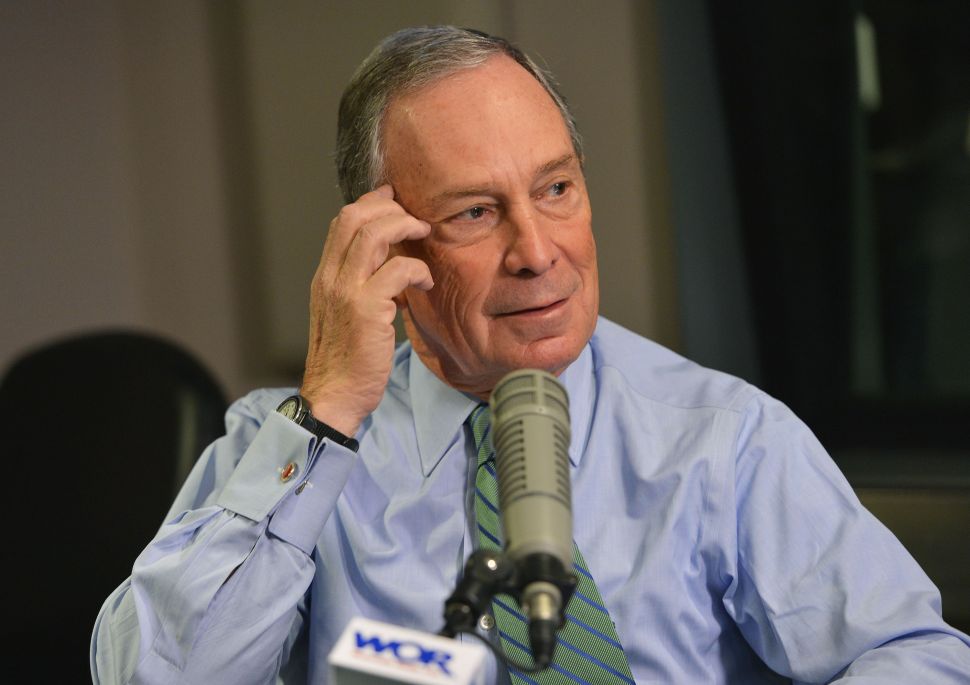