The official parade down Fifth Avenue prohibits openly gay groups from marching, prompting numerous officials to boycott the festivities this year. But Mr. Bloomberg said that, while he agrees the parade’s policy is “misguided,” skipping out likely won’t help.

“I’ve spoken out. I think they’re wrong in doing it. But that does not mean that I shouldn’t represent all of the people who are Irish or for that one day want to be Irish,” Mr. Bloomberg told Yahoo News’ Katie Couric in his first extensive interview since leaving office. “That was my job. And that’s the way I viewed it. And other elected officials can make their decisions.”

He went on to argue that the move could actually backfire, prompting parade organizers to dig in their heels.

“And I think by boycotting it doesn’t get it done. If anything, it hardens the views,” he said. “It makes it harder for anybody to change if you force them into a corner. That’s just not the way I would do it.”

“And so you don’t agree with Bill de Blasio?” Ms. Couric pressed the former mayor, who before leaving office had vowed not to publicly criticize his successor.

“No, I didn’t say that,” insisted Mr. Bloomberg. “Bill de Blasio’s gotta make his decision. And I respect his decision. He’s the mayor, mayor makes the decision what things he does and doesn’t. I wouldn’t have wanted anybody to tell me what to do, and I’m sure he doesn’t want me to tell him.”

“Let me tell you, Bill de Blasio’s been mayor for three months. He’s got a very tough job. And I will do everything I can to support him,” Mr. Bloomberg added. “And I will give him the benefit of not having me ever criticize him, the same way my predecessor Rudy Giuliani never criticized me.”

Mr. Bloomberg said his administration had looked into whether the city had the right to insist that the parade organizers open the event up to everyone, but found it promoters had the right to set its own policies. 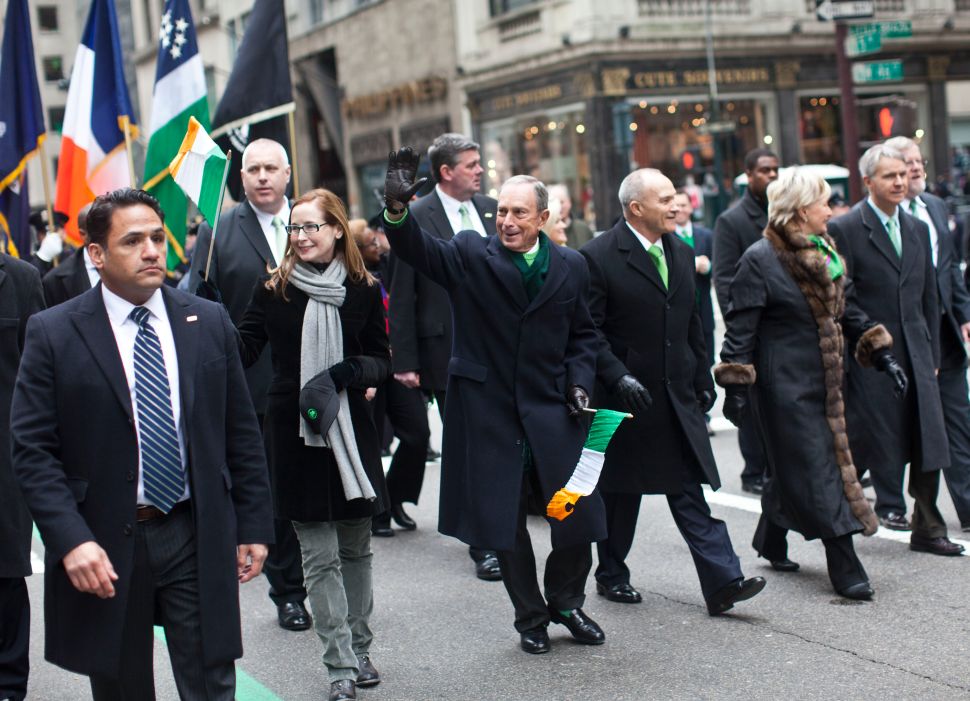