Last Monday at Gotham Hall the Citizens Committee for NYC named two co-winners of its Dodgeball-inspired “New Yorker for New York” award – super lawyers Ted Olson and David Boies. I’ve followed David Boies’ career closely since even before the first time I wrote about him, which was a few months before he and Mr. Olson faced off before the Supreme Court in Gore v Bush.

People have gushed about Mr. Boies’s photographic memory and novel strategies, but as the legal profession continues to shrivel among layoffs and downsizing and even once-unthinkable corporate-style malfeasance, I have fretted that the trends would not favor the kind of creativity and inventiveness that made David Boies as near a household name as a non-politician lawyer can have today.

I shouldn’t have worried.

This afternoon, Nick Gravante — who strikes me as, like his mentor, another kinda rumpled lawyer who doesn’t quite fit into the smooth round holes at old-line firms – won an appeal that was such a longshot that even the Appeals court described the winning legal theory as being “as arcane as it is ancient.”

Stephen Kovacs, an importer of precious metals, is an Australian national who’s been a permanent resident of the US since 1977. In 1991, his store in New York was burglarized. His insurer, Chubb, sent an adjustor named Eliot Zerring to assess the damages. Mr. Zerring found that about $250,000 was missing but cooked up a scheme in which he and Mr. Kovacs would inflate the claim to $850,000 – Mr. Zerring would get $450,000 and Mr. Kovacs would get $400,000. Mr. Zerring, the former chief executive officer of Interstate Adjusters Inc. in Great Neck, N.Y., was eventually busted and slapped with a gigantic $22 million fine.

In October 1996, more than five years after the crime (that’s important), Mr. Kovacs was charged in the Eastern District of New York with wire fraud and conspiracy to commit wire fraud.

According to the appellate court decision, “Mr. Kovacs instructed his lawyer, Robert Fink, to negotiate a plea that would have no immigration consequences.” Mr. Kovacs wanted to pay his fine and put the episode behind him. He even was granted a “downward departure for extraordinary acceptance of responsibility” by the sentencing judge, who gave him brownie points for not mounting a defense or challenging the five-year statute of limitations.

The only thing Mr. Kovacs wanted to avoid was deportation or future hassles when entering the country – his business was here and his wife and kids were American citizens.

Mr. Fink told Mr. Kovacs that a conviction for “misprision of felony” – basically, failing to report a felony — would not affect his immigration status. Even when the district court warned Kovacs that it could not control immigration consequences, Mr Fink responded that he “researched it and we feel comfortable that this is not a deportable offense.” At the conclusion of the proceeding, Fink again stated that “misprision of felony is not deportable.”

Mr. Kovacs pleaded guilty to a single count, paid a fine of $600,000 and then quietly went about his business. He even had his probation terminated early.

All of a sudden, in April 2009, after years of coming and going without incident, immigration officials started hassling him, telling him that his eligibility to re-enter was in doubt because misprision of felony is considered a crime of moral turpitude.

He was stuck on the other side of the world while his wife and children (and now grandchildren) and business were here in America.

That’s where Boies, Schiller and Nick Gravante stepped in.

Maybe you’ve heard of a writ of habeas corpus? It’s used to demand that a prisoner be brought before a magistrate, and it’s successful only very rarely (ask the guys in Gitmo). But even rarer is a successful plea for writ of error coram nobis relief – that’s basically an after-the-fact vacating of a conviction, even after the sentence is completed.

The District Court turned it down. After all, the defendant wasn’t arguing that he hadn’t been guilty, only that, on account of faulty legal advice, he didn’t realize that pleading guilty might one day bar him from entering the country. But the District Court had already warned Mr. Kovacs that it could not control the immigration consequences.

Mr. Gravante appealed. Where does he get his tenacity? Mr. Gravante joined Mr. Boies at Cravath Swain in 1985, during the thick of the epic Pennzoil case, where he learned at the knee of someone already making a reputation as one of the best civil litigators in the country.

Starting in 1990, Mr. Gravante then spent two years with famed criminal defense attorney Gerry Shargel, just as he was winning a miraculous acquittal for John Gotti.

“My background is unusual,” Mr. Gravante told The Observer in the wake of his win. Reached in Punta Cana, Dominican Republic, where he’s on a tennis tour with a group of 30 guys headed by Sid Davidoff, the lobbying giant and official friend-of-Bill (de Blasio), Mr. Gravante spoke of the edge he gained learning from the greats.

“I spent time training with one of the best civil litigators in the country and then one of the best criminal trial lawyers in the country. You put those two no-stone-unturned skill sets together and it’s a good combination. At Boies, Schiller, we find things, we explore all options, we don’t say ‘There’s nothing I can do because this case is 20 years old.’ In civil litigation, there are many firms that are as devoted as we are to legal theory, but few have tried many cases. I have no hesitation taking a case to trial, unlike many of these civil guys who look to make a settlement on the courthouse steps.”

Mr. Gravante argued that Mr. Kovacs advice’ was, while given in good faith, 1) unreasonable 2) prevented him from mounting a defense that would have a) spared him the immigration consequences and b) had a decent chance of prevailing.

Earlier today, in a decision that could have consequences for all kinds of families split by relatively small legal blemishes, the appeals court agreed.

“We conclude that a defense lawyer’s incorrect advice about the immigration consequences of a plea is prejudicial if it is shown that, but for counsel’s unprofessional errors, there was a reasonable probability that the petitioner could have negotiated a plea that did not impact immigration status or that he would have litigated an available defense.”

The judgment also shot down the idea that Mr. Kovacs should have filed sooner, and in so doing kind of praised the novelty of the defense: “It is improbable that Kovacs (or whatever attorney he consulted) would have promptly thought about coram nobis, which is as arcane as it is ancient.”

It remains to be seen whether this will totally undo the consequences of the decision. According to Mr. Gravante, “We may still need to work out a disposition with the government. Just because the conviction’s been vacated doesn’t mean that he’s been acquitted of the original charges.”

But in the meantime, there’s new hope from this legal maneuver, which the appellate court called “an extraordinary remedy available only in rare cases.”

Hopefully, there will always be room for creativity and unconventional thinking in American courtrooms. 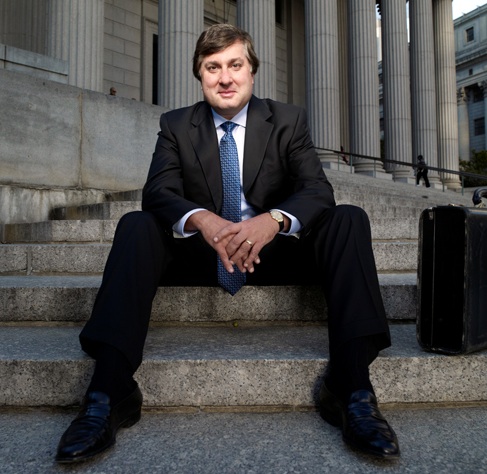