Notorious fund manager Carl Icahn has declared war against tech’s Marc Andreessen over his role as a director on eBay’s board during the sale of Skype. This, in and of itself, isn’t that interesting. Value creators (executive management, venture capitalists) are always fending off incursion from value extractors (hedge funds, financiers).

No, what’s interesting is that this battle for control of a company with $16 billion in revenue every year is not purely a function of capital. It’s an information war waged in the heart of Silicon Valley. One that’s being fought with same guerrilla tactics pioneered and perfected by bloggers and digital marketers to sell everything from content to physical products online.

And, perhaps, it’s the first of many.

The first generation of so-called ‘vulture’ capitalists of the 1980s relied exclusively on capital to achieve their ends. Back then, this class of investor borrowed someone’s money (leverage), cheaply, to fuel leveraged buyouts of public firms, run them “better” – gut it and sell the pieces or innovate and deliver new products – than incumbent management, and exit the investment and keep whatever they made on top of what was borrowed.

Mr. Icahn is a legend in this world. In 1985 he purchased Trans World Airlines, took the company private, stripped it of all value, paid himself back, then tossed the husk back into the market. TWA went into bankruptcy by 1992. Mr. Icahn personally walked away with $469 million.

His approach, while successful, was capital and time intensive. It required a huge debt load to be concentrated in a single company, and took almost a decade to exit.

So for the next twenty years, Mr. Icahn set about finding a better way to answer the question: how do you radically alter a company’s strategy if you can’t or don’t feel like buying it outright?

This search eventually led to the tactics used by today’s content/inbound marketers. But before that could take hold, Mr. Icahn first had to invent the category of self-declared ‘activist investors’ which accomplished the same as the corporate raiders of the 1980s, only in a capital and time efficient manner.

A simple strategy: Buy enough shares to be noticed, then declare an ultimatum. Do what I want, or I will engage in one of two forms of corporate extortion:

It’s a smart play. The corporate world had seen what Icahn would do given the chance to take over a company, so, fearing a TWA-like outcome, most boards opted for option 2. And from Mr. Icahn’s perspective, that was fine, as he still received a premium.

Of course, how well this went depended on the amount of leverage Mr. Icahn was able to gain. His reputation helped, but so did running a fund worth billions. Mr. Icahn would draw up plans of what he would do if he bought the company, publicize them via traditional media, then criticize management for not implementing them. Capital, or perhaps, the threat of using his capital won.

In essence, Mr. Icahn discovered that the leverage required to influence enterprises isn’t entirely financial. There’s clearly an information piece as well. But he didn’t have the kind of media clout required to utilize it to its full potential.

That is, until RSS, blogs, and social media brought all the gates to media crashing down and set the stage for Mr. Icahn’s current campaign.

It’s amazing how few have noticed that the Mr. Icahn of today’s primary role isn’t that of a fund manager.

Remember, the only leverage that an activist investor like Mr. Icahn has, is basically, presenting a problem to the board to the point of distraction. The better Mr. Icahn can do that, the more control he can exert. In the past, that meant pandering to fellow shareholders, undermining the CEO on MSNBC, and discrediting the board in the Wall Street Journal.

Now, in the world of online media, Mr. Icahn hits board members on Twitter, on Facebook, and generates copious amounts of online controversy.  Tactics straight from today’s online marketers.

He’s found a way to amass forces that even he, the single richest hedge fund manager in human history, would not be able to buy, and concentrate them on that single point of leverage – making life for management and the board hell.

The key to it all? It’s not Icahn’s money, though that helps.

Mr. Icahn uses keywords, identifying himself as an “activist investor” rather than a “corporate raider,” he engineers social media stunts, announcing $500 million purchases of stock in a tweet, has a site with evergreen content that is heavily back linked throughout the web, wrote a short to the point landing page, with a call to action, and runs a newsletter to consistently deliver value to his supporters.

It’s a content marketing engine, one that he can pivot to rain hellfire on any board that gets in the way of his share premium. It’s a powerful one. And he doesn’t get paid by the number of pageviews. Since his campaign against eBay started, shares are up 7%.

Can you think of an easier way to get eyeballs than by targeting the media darling that is Silicon Valley, and going directly for the jugular of one of its dons?

The only way that gets more coverage is if Mr. Icahn’s targets fight back. And given that Andreessen somewhat literally built the terrain on which this war is being fought, it’s natural he and eBay Chairman Pierre Omidyar are responding in kind – on their blogs and in their tweets. They are marshaling their own forces, and, as of this morning, turning Icahn’s own content to repel his onslaught.

But here’s the rub: eBay can spool up it’s own considerable content engine and fire back, but in this engagement, no one wins.

Mr. Icahn has clearly irritated the board. Still, it is highly unlikely to let him wrest away control of one of the foundational companies of the Valley. So Mr. Icahn will press on until an exit opportunity presents itself. To spell it out, if he’s right about eBay screwing up, he wins by taking it over and spinning out PayPal. If he’s right but they fight back, he wins with a greenmail payout. If he’s wrong, and eBay grows organically, he still makes money.

Why this is Important

Mr. Icahn is wielding the flows of information as a weapon. The money follows. He doesn’t need operations people, financial analysts, or really, even the ability to dig in and do the hard
work of business. All Mr. Icahn has to do is keep creating and firing content into the net, against targets like Dell, Netflix, Apple, and eBay, affecting their share prices (to his benefit) in his wake.

These survived (so far), but as Icahn’s content marketing engine drives forward and his support expands, more companies will come under fire, and they may not be so lucky.

Shlok Vaidya is co-founder at HomeFree America; advisor to 5by5 Studios, MixZing, and Archer Avenue; and is a former defense consultant specializing in information operations. 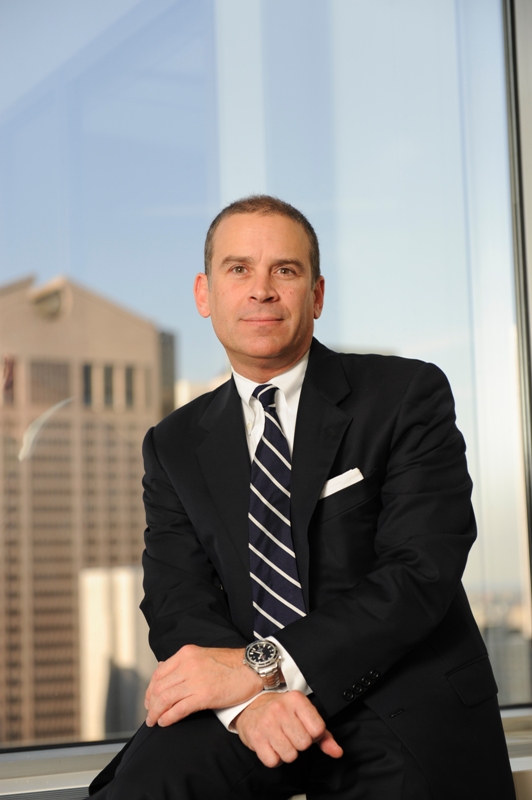