NORTH BRUNSWICK – They found each other fast in this small room in Middlesex County filled with people nursing Styrofoam cups of coffee and dog soldier dedication to the Democratic Party: last year’s losing nominee for governor Barbara Buono and Assemblywoman Bonnie Watson Coleman (D-15), now a candidate for Congress.

The kiss. The hug.

The gestures held significance for the two women.

Watson Coleman stood by Buono last year when much of the rest of the party made like fast-footed evacuees at a Pamplona bull run.

Now Buono wants to make sure the voters in the 12th District know that Buono stands by Watson Coleman, who chaired her campaign last year, which went belly up amid Democratic Party strife gleefully fanned by a pre-Bridgegate saddled Gov. Chris Christie.

“It was a pleasure to be her chairman,” Watson Coleman told the scrunched together members of the North Brunswick Democratic Committee in that portion of the district – Middlesex – where her chief rival, state Sen. Linda Greenstein (D-14) claims home field advantage.

Not 29 days after the election, Christie imploded in the Bridgegate scandal, Watson Coleman, a former state party chair, reminded the crowd.

“What we’re suffering from in New Jersey, the nation won’t have to suffer from,” said the candidate, dismissing Christie’s presidential aspirations, and decrying what she described as the governor’s bullying and transactionalism.

Seated close by, the former state senator – who served Middlesex in the 18th District from her hometown of Metuchen – led the applause.

“Exercise your good judgment as committee people,” said Buono, when she went to the head of the room with Watson Coleman and reiterated her Election Night complaint about bossism in the party. “I was subjected to a sustained period of people trying to humiliate me.”

Not from Christie, but from the Democratic Party.

“Bonnie Watson Coleman was there,” Buono said. “Rush Holt [the retiring U.S. Congressman Watson Coleman wants to replace] was there. But there were a lot of people who weren’t. I want to reiterate the importance of the decision you all are about to make.”

Behind the scenes in this fast developing Democratic Primary for Holt’s Congressional seat, dominated early by Watson Coleman versus Greenstein, party members note that Buono couldn’t carry her home town in the general election showdown with Christie.

But this is a Democratic Primary, Watson Coleman’s allies argue, aided by Christie’s plummet from grace, where Buono activated on the stump reinforces the assemblywoman’s message of outrage and loyalty – if not to the majority of those Christie-cowed leaders of the party, to its nominee.

To Greenstein’s allies, Watson Coleman remains the beneficiary of a safe, overwhelmingly Democratic district where she hasn’t had to sweat the general election fistfights that have long punctuated the senator’s career. 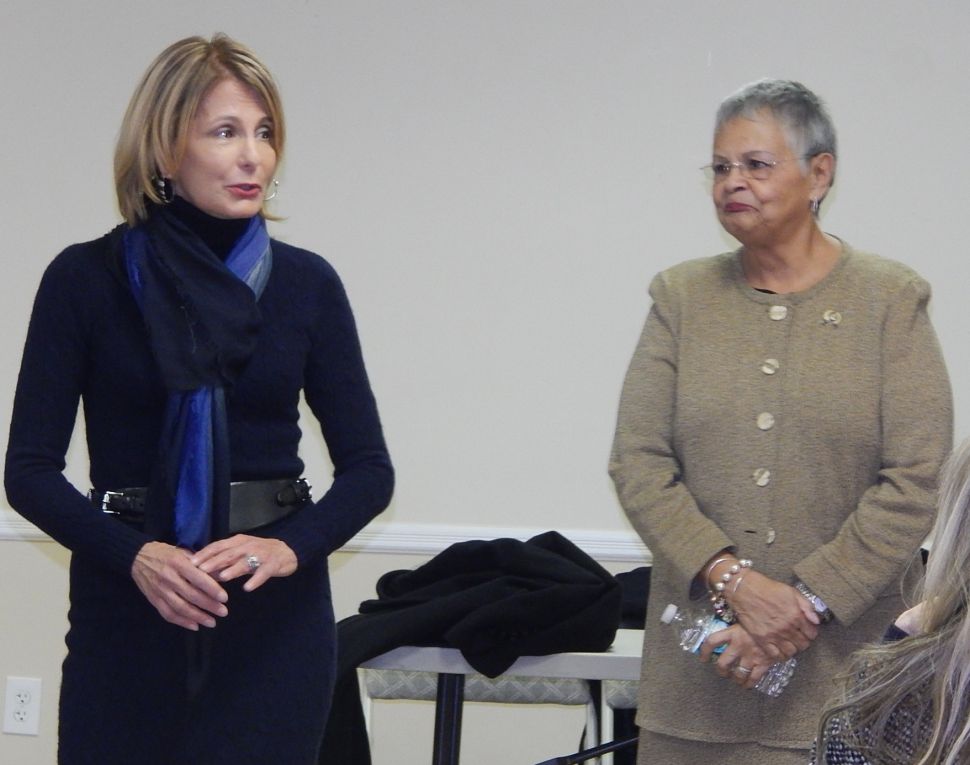