Steve Lonegan said the early celebrating among Democrats over his strong polling position in the CD3 Primary is a joke –considering his district performance in the U.S. Senate election last year against Cory Booker.

Lonegan said he drilled Booker last year in the District.

“I won this district 54-46 where I was outspent eight to one,” said the former mayor of Bogota, who’s competing in CD3 to succeed retiring U.S. Rep. Jon Runyan (R-3).

“Republicans are going to want to put their best foot forward – that’s me,” added the candidate, whose movement conservative views have establishment Republicans very jittery and hoping to secure March 19th convention support for Tom MacArthur, the former mayor of Randolph.

“Cory Booker is the third most popular Democrat superstar in the country after Hillary Clinton and Barack Obama and I still beat him,” Lonegan said. “Who are they going to put up who’s better than Booker?” 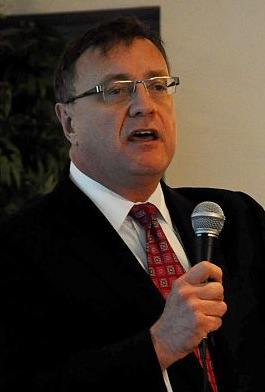