Russian fertilizer tycoon Dmitry Rybolovlev’s years-long divorce with his wife Elena has been fought not only in the very-visible arena of the Manhattan real estate market—where Mr. Rybolovlev purchased a $88 million penthouse at 15 CPW in a trust for his 21-year-old daughter (who stays in the most expensive apartment in the city only “during her visits to New York,” according to Mr. Rybolovlev’s attorney Tetiana Bersheda) but also at a $100 million, never-occupied estate in Palm Beach and a prime plot on Lake Geneva where the family’s longtime home was to be replaced by a replica of Marie Antoinette’s Petite Trianon. Construction was halted in the midst of the divorce, however, and Ms. Bersheda wrote that the home is now “a huge hole which is seen from the entire shore of the Geneva lake and which has disturbed the neighbors, inhabitants and visitors of the city for more than five years now.”
kvelseyobserver 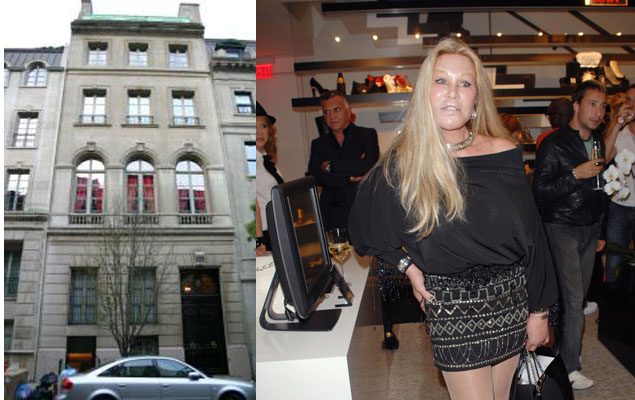 Jocelyn and Alec Wildenstein's divorce was as over-the-top as their marriage. Most dramatic of all was the battle over the Wildenstein family home at 11 East 64th Street. Some two decades after meeting on a Kenyan safari, their marriage, reportedly on the rocks for some time (servants were said to have been directed to stop filling Jocelyn's bedside fruit bowl) came to a dramatic end when Alec pulled a revolver on Jocelyn after she burst into the marital bedroom, discovering him with a naked 19-year-old. Temporarily barred from the premises, Mr. Wildenstein eventually reclaimed the home during divorce proceedings. Ms. Wildenstein, meanwhile, used her reportedly gigantic settlement to purchase a townhouse at 12 East 82nd. Ever the fan of having a little work done, the feline-faced Ms. Wildenstein filed permits to have a hydrotherapy pool installed, but stopped mid-renovation. "She has the impression that you fix a face the way you fix a house," Alec Wildenstein once told People. (Patrick McMullen.)
kvelseyobserver 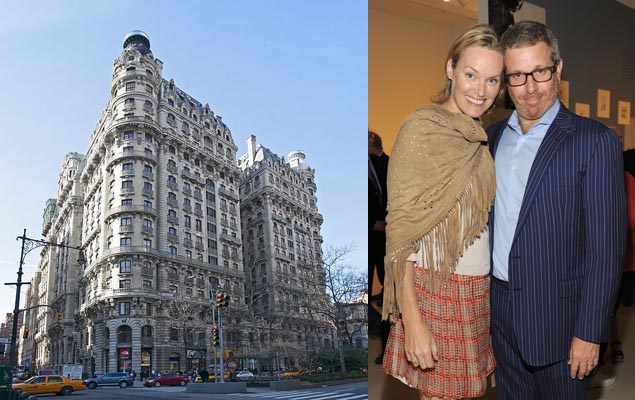 Art world power couple Marc and Andrea Glimcher announced they were getting divorced this summer after 10 years of marriage. The divorce is reportedly so amiable that the couple will continue working together at the posh Pace Gallery, which was started by Mr. Glimcher's father, but will they also continue to share the Ansonia apartment that they purchased for $2 million several years ago? It remains a mystery for the time being as a call made to Ms. Glimcher several weeks ago went unanswered and the unit has yet to hit the market.
kvelseyobserver 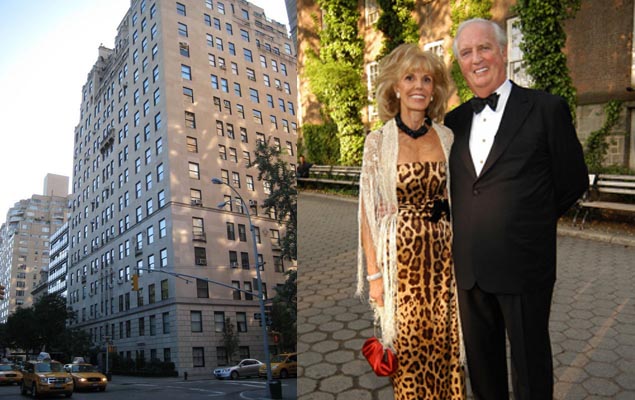 The divorce between "powerchick" Clementina “Tina” Santi Flaherty and husband William could not be described as amiable—the proceedings, which included claims of marital abuse and hidden assets, took years to wend their way through Palm Beach courts—but Ms. Flaherty emerged victorious, at least when it came to the couple's penthouse duplex at 1040 Fifth Avenue. Paying her zinc magnate ex $13 million for the privilege of staying, Ms. Flaherty once told the Observer that she was "like Scarlett O’Hara. The land—the apartment—means a lot to me. I even have a dog named Scarlett, just like Scarlett O’Hara. I’m just as persistent and everything else."
kvelseyobserver
Advertisement 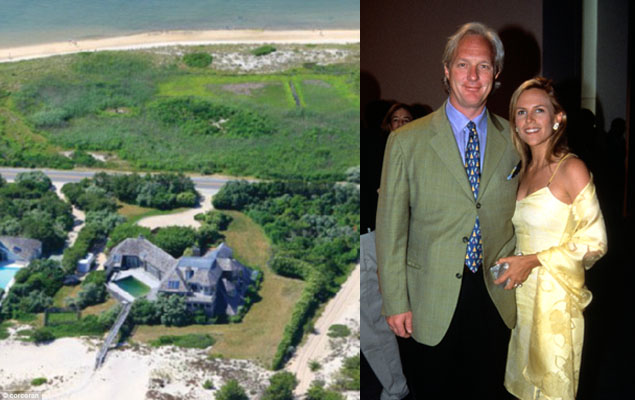 Tory Burch has had her way with fashion industry, but she didn't get it with the Hamptons estate she paid ex-husband Chris $22.5 million to keep when they split in 2006. A water pipe reportedly burst in the home in 2009, causing extensive damage and prompting Ms. Burch to list the property. It finally sold for $11 million in 2012, a price so low that neighbors complained the sale had hurt neighborhood property values. (Patrick McMullan)
kvelseyobserver 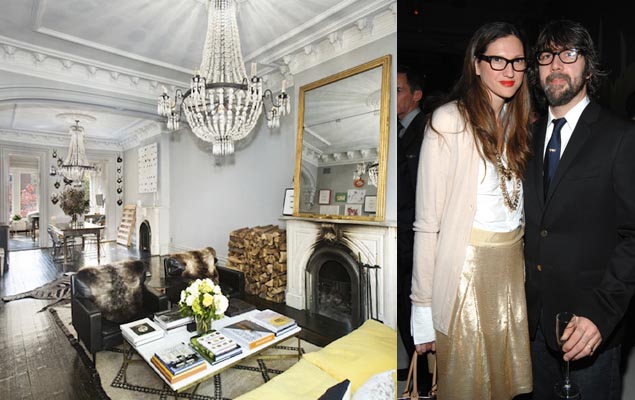 When J. Crew creative director Jenna Lyons split with artist husband Vincent Mazeau in 2012, buyers flocked to the couple's sublimely-renovated Park Slope townhouse like it was the first day of a J. Crew sample sale. It eventually sold for $4 million, a fair amount over the $3.74 million ask. Ms. Lyons used some of her cut to rent in Tribeca's American Express Carriage House, leaving not only the marriage, but Brooklyn, behind. (Patrick McMullan.)
kvelseyobserver 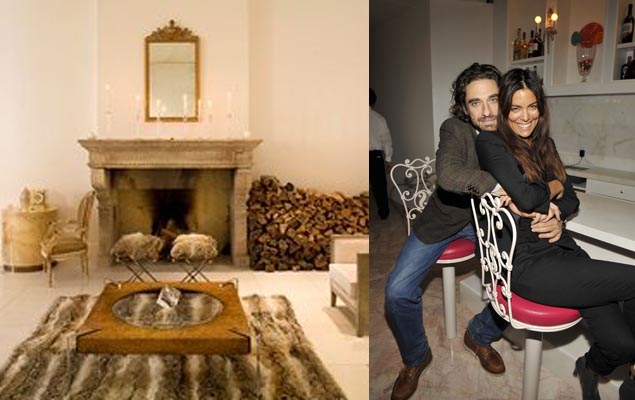 Lucas and Julie Janklow bought 16 W. 12th Street for $4.5 million in 2004, undertaking an extensive multiyear renovation that reaped $15.3 million for the literary agent and restaurateur to fight over when they split in 2010. While the renovated home was as photogenic as the Janklows themselves, the house did not suggest a couple comfortable with the messiness that family life often entails—party guests reported being forced to wear hospital booties over her shoes to protect the white marble floors. (Patrick McMullan.)
kvelseyobserver
Advertisement 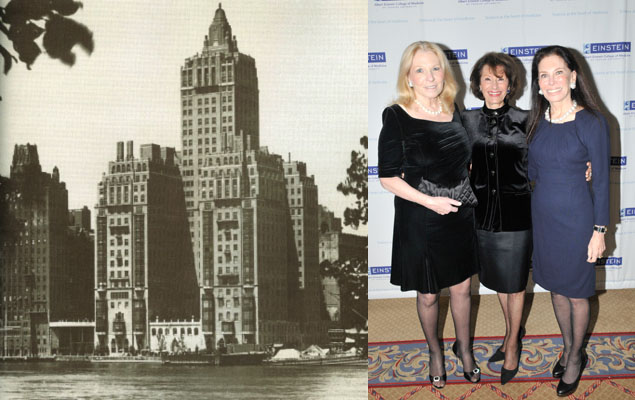 It took Arlene Farkas 18 years to clear the title on the 14-room duplex River House co-op she once shared with department store scion Bruce Farkas. Ms. Farkas was granted a divorce in 1996 on the grounds of cruel and inhuman treatment—Mr. Farkas was revealed to be a bigamist married to his longtime secretary— but a foreclosure action and other legal complications have delayed the home's sale. It remains unsold to this day, 22 years after the couple's split. (Patrick McMullan.)
kvelseyobserver 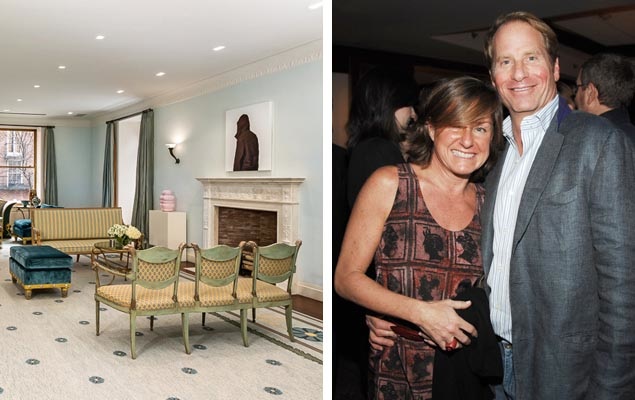 Kent Swig and Elizabeth Macklowe's 1987 marriage "united two of America's great real estate clans," in the words of The New York Times. And their divorce divided one of the city's loveliest pieces of real estate— a 16-room duplex at 740 Park. The duplex nearly went into foreclosure after Mr. Swig's real estate investments collapsed in 2009 (Ms. Swig reportedly found Mr. Swig lying drunk on one of the bedroom floors, leading to a scene that hastened the end of their marriage). The apartment, which Ms. Swig decorated with "funky art and color-coordinated candy," according to the Times, is now listed for $32.5 million.
kvelseyobserver 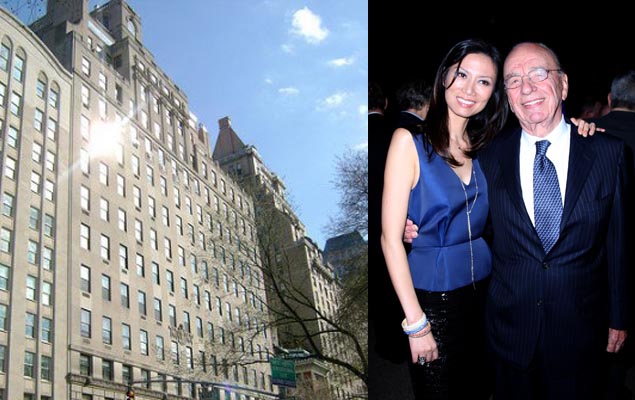 After they married, Rupert Murdoch and Wendi Deng undertook a massive renovation on their palatial spread atop 834 Fifth Avenue. The renovation was so extensive that it required exterior scaffolding and plywood boards to wrap the co-op’s upper floors. The interior details of the triplex that Mr. Murdoch and Ms. Deng purchased for an unheard-of $44 million 2005 have remained largely a mystery throughout their marriage and recent divorce, though the apartment’s majesty (dressing rooms the size of living rooms, living rooms the size of ballrooms) has been the source of much speculation, especially after Ms. Deng bought Mr. Murdoch out for $34 million, depriving the public of a full accounting of its finery, but leaving very little doubt as to its lavish character. Meanwhile, the elderly newspaper titan treated himself to a modern bachelor pad downtown—the $57.5 million triplex penthouse at One Madison, a sharp contrast to the conventional uptown manse he left behind along with his marriage.
kvelseyobserver
Advertisement 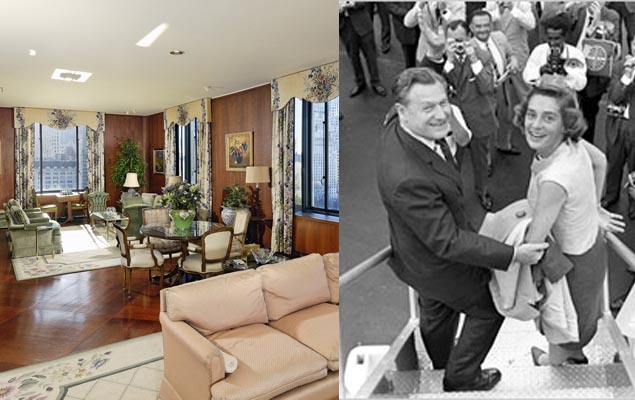 When vice president Nelson Rockefeller split with wife Mary Tod, the couple came to a divorce agreement to end them all. Rather than selling off their triplex at 810 Fifth Avenue, Ms. Rockefeller took the top two floors while Mr. Rockefeller took the bottom one. But he and second wife Happy apparently felt a bit hemmed in and bought an apartment on an adjacent floor of 812 Fifth, the building next door, joining the two apartments into what might be called a building-through.
kvelseyobserver 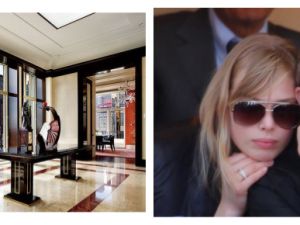 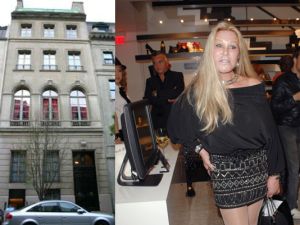 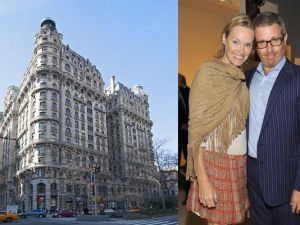 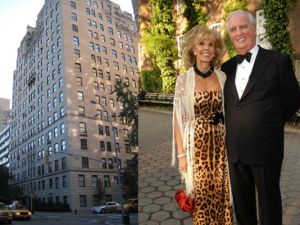 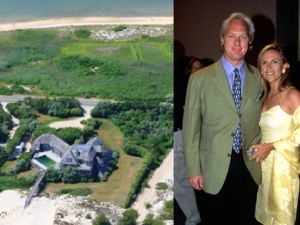 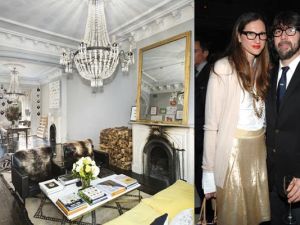 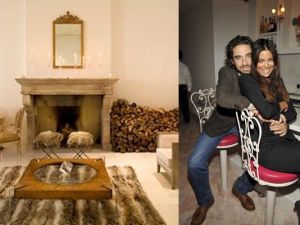 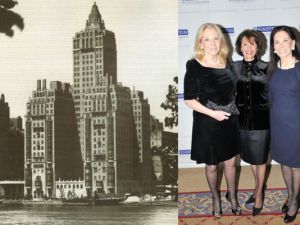 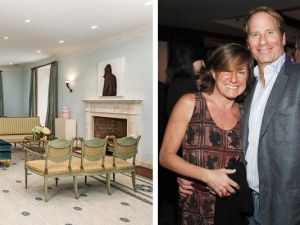 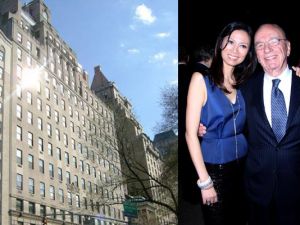 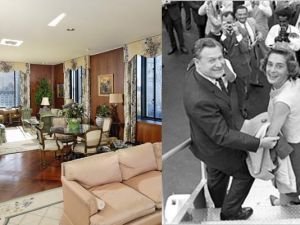 For the mere mortals among us, a break-up entails fights over favorite chairs and copies of dog-eared books, disagreements over the number of months left on the lease or discussions of whether one partner can afford to carry the mortgage alone.

But for celebrities, it’s not only an occasion for tears and temper tantrums, but a war over the magazine spreads, google hits, tabloid storylines and the rarefied real estate they called home(s). Given to carving small kingdoms from their co-op buildings, stacking up condo units like so many Legos, and amassing townhouse complexes and triplex penthouses, celebrities do love a massive renovation. After all, who, having left their mark on the cover of Vogue or a post-Soviet country’s GDP, can resist putting a personal stamp on their home? But as we well know, renovations have a tendency to strain even the happiest marriages.

The only problem is potentially having to give it all up in the wake of a divorce, a negotiation that not infrequently plays out as the parties try to recalibrate their respective social currencies, post-split. Does staying mean winning or losing? A coup or a crisis? Is it better to rule the former roost or buy a spectacular bachelor(ette) pad? How some of New York’s heavy hitting power couples divvied up their properties.