Many of Mayor Bill de Blasio’s top labor allies want the new mayor to reconsider banning horse-drawn carriages from city streets, but Mr. de Blasio insisted today he was not changing his mind.

The mayor said that a letter from the Central Labor Council, a de Blasio-friendly umbrella group representing more than 1.3 million workers, would not persuade him to reconsider a ban. The letter called the carriage industry “iconic and thriving.”

Mr. de Blasio vowed at the time that banning horse-drawn carriages from city streets would be one of his first acts when elected, and his administration continues to move forward, despite opposition from labor allies and even actor Liam Neeson.

The City Council, headed by Speaker Melissa Mark-Viverito, who also opposes the horse-drawn carriages, will likely need to vote on a bill to ban the horse carriages in conjunction with other efforts taken by the city. Tony Shorris, Mr. de Blasio’s first deputy mayor, said yesterday that there would be bureaucratic hurdles to overcome before horses are gone from the streets. 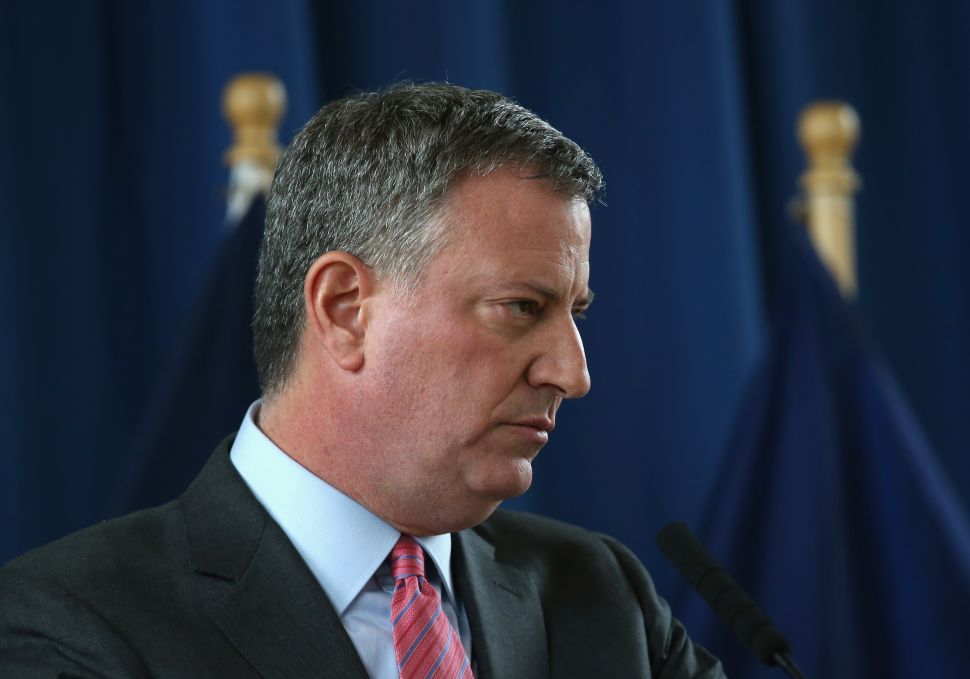