The screening committee of the Somerset County Democratic Party will forward the name of Assemblyman Upendra Chivikula (D-17) to the committee as a whole following a review of three primary contenders last night.

A resident of Franklin Twp., Chivikula is the only candidate of the contenders from Somerset.

“The committee voted in favor of our native son, and the vote was unanimous,” said Chair Peg Shaffer. “The results of the screening committee will be announced at the convention.”

The convention is scheduled for March 26th.

Watson Coleman will have the Democratic Party line in Union County.

Mercer holds its convention on the same day as Somerset.

Middlesex will also hold its convention at the end of the month. 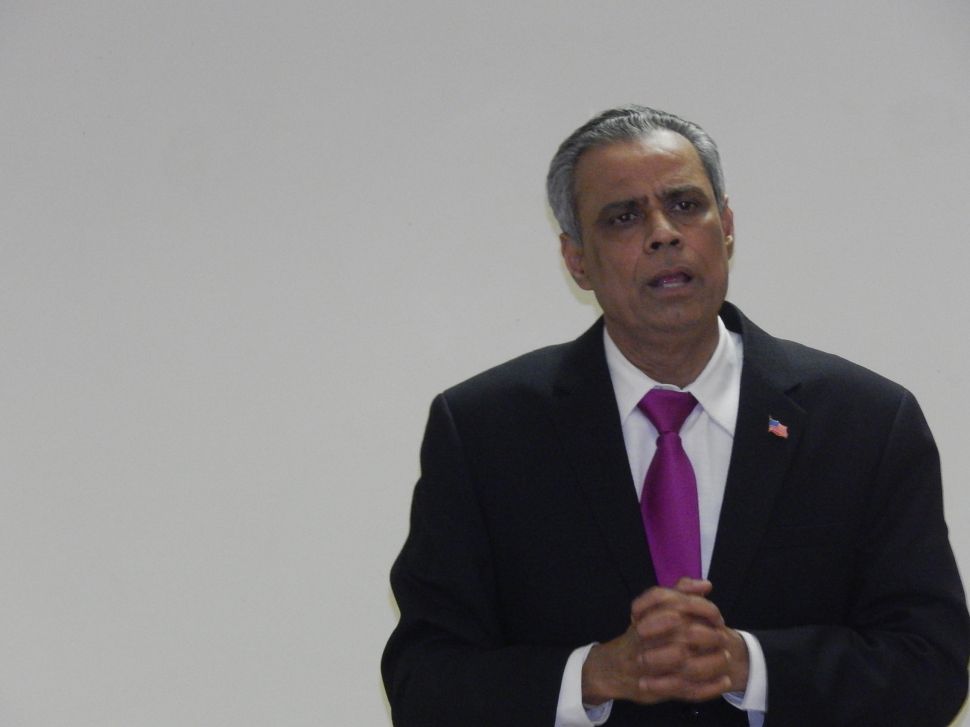