How much wood would a woodchuck chuck? None, because the Port Authority is after them.

According to a report by the New York Post, 20,000 animals have been killed by the Port Authority in airports around New York over the past two years. This includes everything from birds, to foxes to, yes, woodchucks.

The ironically named Laughing Gull topped the list of animals killed with 5,729 at JFK Airport, but perhaps the most noteworthy additions to the hit list are one Northern Harrier, one American Kestrel and 11 Ospreys.

Ospreys and Kestrels are labeled as threatened and at-risk of becoming endangered, respectively, and the Northern Harrier is in fact endangered in New Jersey.

Priscilla Feral, president of non-profit Friends of Animals, was none too pleased with the data. Okay, we spoke to her on the phone and she was pissed.

“I thought the number was staggering,” she said. “It is very clear to me that it is random, without any mental energy whatsoever. When challenged, it is going to fall apart at the seams.”

Ron Marsico, a Port Authority spokesperson, said the agency culls the animals that “pose immediate threats to aviation safety and do not respond to nonlethal harassment.” He also claimed that 95 percent of the wildlife-control measures were nonlethal.

Ms. Feral, who wins the award for most job-appropriate last name ever, still called into question the need for the killing.

“They are saying a parakeet, which is about four inches tall, is going to bring down an airplane,” she said. “Because of the location, you already have an area that is conducive to wildlife. You are going to shoot owls that are 5 pounds and mostly feathers?”

Even four-footed animals were not safe from the Port Authority’s runway cleansing. On the ground, more than 60 woodchucks were offed, 11 coyotes were killed and four red foxes were gunned down.

“Foxes don’t fly,” Ms. Feral informed us. “Why are they killing land animals?”

Animals killed by the Port Authority in 2012-2013 by area airports: 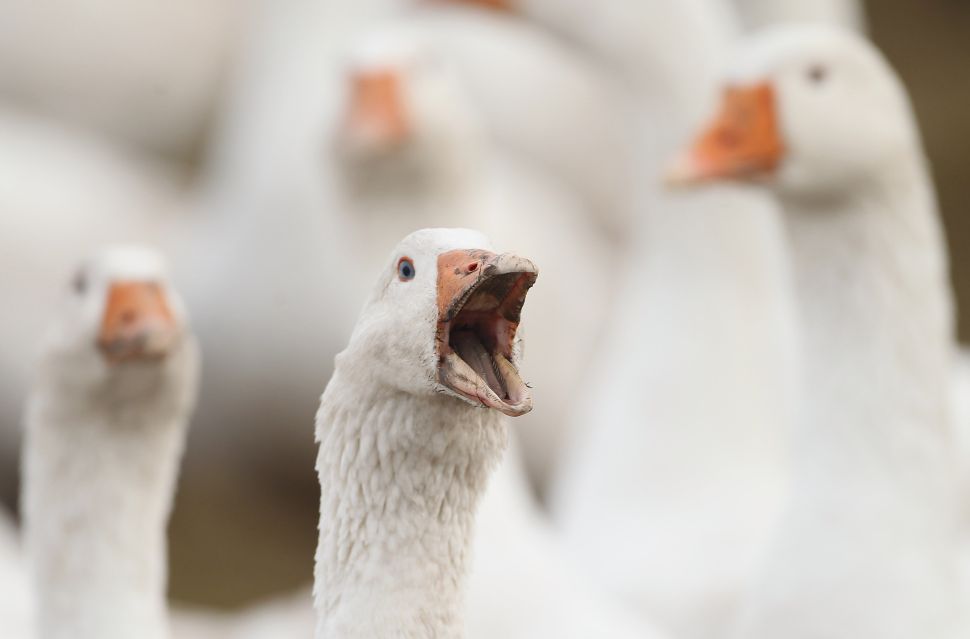