Sex talk made us squeamish, too. Then we turned 13.

JPMorgan Chase hasn’t yet reached that milestone, it seems. Last week, the bank told Tiffany Gaines that it would not handle credit card payments for her condom company Lovability, because condoms are an “adult-oriented product” and working with the company would be “reputational risk.”

Ms. Gaines, a grad student at the School of Visual Arts and an NYU alumnus, founded Lovability with her mother in an attempt to “de-stigmatize women’s relationship with condoms by helping women celebrate the empowerment that comes from being prepared,” according to the brand’s website. The condom packs come in fancy tins, are assembled in New York and are sold in beauty stores and sorority houses.

Safe sex? Women’s empowerment? Local business that creates jobs in the city? Chase doesn’t want to be associated with any of that. Forget the fact that nearly 25 percent of US teenage girls have a sexually transmitted disease, that minority women are disproportionately affected by STDs and that promoting contraceptive use could potentially reduce this trend. Condoms are icky.

The rejection has hurt Lovability’s bottom line. “To achieve optimal social impact and continue providing products to support [our] mission, we have been forced to use a less efficient and more expensive processing service due to this issue with Chase Bank,” Ms. Gaines told Washington Square News.

In an effort to combat those prudes on Wall Street, Ms. Gaines has created a Change.org petition in which she calls on Chase Bank to remove condoms from their “prohibited adult” category. She’s shooting for 10,000 signatures.

In the meantime, we’ve learned a valuable lesson: for JPMorgan, condoms are a reputational risk, but violating international sanctions, lying to investors and giving CEO Jamie Dimon a massive raise the same year it admitted to playing a major role in the 2008 financial crisis are not. Cool. 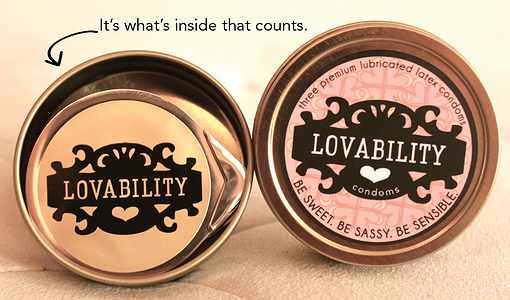