TRENTON – More than 200 people converged on the Statehouse steps on a chilly Thursday afternoon, warmed by mutual disdain for an official who has become the central polarizing figure in the debate over the future of both Newark’s schools and the city’s politics: Newark School Superintendent Cami Anderson.

Anderson was appointed to head the state-run Newark school district, New Jersey’s largest, by Gov. Chris Christie in 2011. The governor publicly stated in September 2013 that he plans to reappoint her, and that he did not care about community criticism.

The timing of the introduction of the One Newark plan, which came just at the start of the 2014 Newark mayoral campaign season, has poured gasoline on Newark’s already fiery politics, in a city where politics and education issues often go hand in boxing glove.

Newark mayoral candidate Ras Baraka, who is currently on leave from his job as principal of Newark’s Central High School, came out swinging on the Statehouse steps at a rally sponsored by various educational, labor and civic groups, including the NJEA, the Newark chapter of the NAACP, the Newark Teachers Union, the New Jersey Working Families Alliance and the Newark Students Union.

“These schools are our schools, not the governor’s, not Cami Anderson’s, but the families and people of Newark,” said Baraka, flanked at the podium by two large black-and-and-white images of Christie and Anderson, each emblazoned with the word “liar” dripping across their faces in blood-red letters.

Baraka also pressed for the return to local control of Newark’s schools, which were placed under state control in 1994.

“There has been, to say the least, a lack of respect shown to our families. There has been a lack of conversation,” Ruiz said. “And when change occurs, everyone has to sit at the table to move our children forward.”

“As a former [Newark school advisory] board member, I can completely understand the lack of respect that has occurred within our district,” Pintor-Marin said. “The only thing that we demand is to be included in the process. We have made that clear.”

But on a day when an angry crowd literally screamed for the return of local control of Newark’s public schools, Baraka made it viscerally clear where he stood regarding Anderson and her policies.

“No one wants this One Newark plan, and no one wants Cami Anderson,” Baraka said. “One of the first steps that we make sure happens is that she gets the first ticket on the first train out of town. We’ve had enough.” 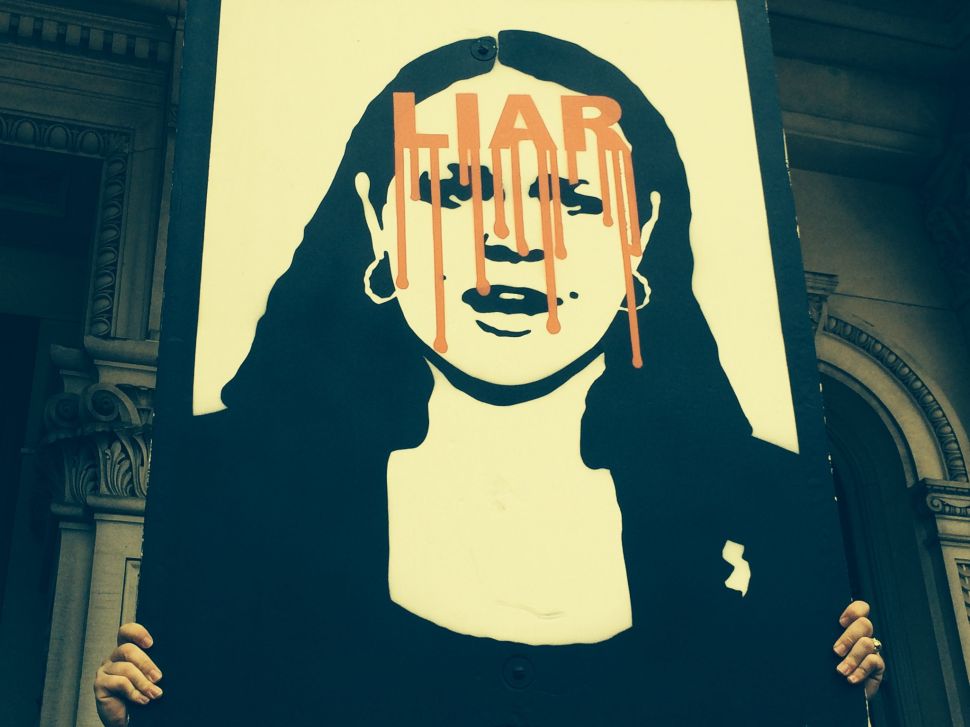